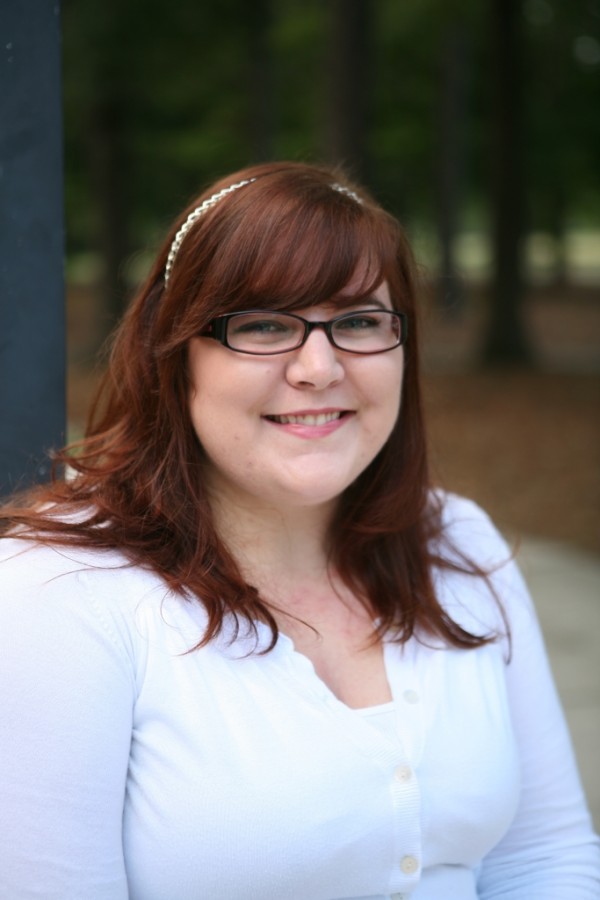 Graduation is often simultaneously a time of immense joy, relief and trepidation. Finding a job is generally a concern for most students, and some students graduate still unsure of what they want to do with the rest of their lives.

The story of one recent graduate who pursued her dreams and succeeded offers hope to others uncertain about their futures.

Kimberly Turner, a graduate of Francis Marion University class of 2010, has recently acquired a job at Florence-Darlington Technical College (FDTC). Using the education she gained as an English major at FMU, Turner is working as an adjunct professor of English at FDTC. She is teaching two sections of Developmental English this fall.

Turner said that the position appealed to her because it would allow her to utilize her newly-earned bachelor’s degree.

“I wanted to use my degree for something other than stocking bookshelves or making coffee,” Turner said. “Not that those aren’t valuable, of course, but I didn’t study my butt off for four years for nothing.”

Her performance as an undergraduate student indicated that she was amply qualified for her position as an English instructor at FDTC.

Dr. Christopher Johnson, chair of the Department of English, Modern Languages and Philosophy and professor of English, immediately recognized Turner’s ability when he first had her in his class.

“When I taught her in English 300 during her first semester, I recognized very quickly that she was a perceptive reader who could analyze texts from a variety of perspectives and write with great clarity and force,” Johnson said.

Turner gained prior teaching experience by working in the Francis Marion Writing Center for several semesters as an undergraduate tutor. She feels that her time spent working as a writing consultant has helped her in her new job.

“The Writing Center prepared me for students of all ranges and helped me cultivate a helpful teaching method for students who may be sensitive about their skill level,” Turner said.

Johnson also believes that Turner’s experience in the Writing Center will be beneficial, both in her current job and in her future endeavors.

“I suspect that her many years of work in the university Writing Center not only helped her get that job, but also will give her the tools that she’ll need to be successful,” Johnson said.

A former Writing Center co-worker, Staci Poston, expressed her happiness for Turner’s success in landing a college-level teaching job with a bachelor’s degree.

“I’m very excited for Kimberly,” Poston said. “When I worked with her in the Writing Center, I could tell from her interaction with the students and her passion for English literature that she would excel at an academic career. If anyone deserved gaining that English professor sport at Florence-Darlington Tech, it was her. I hope she enjoys her time in the classroom, and I know that she will be a wonderful influence on her students.”

Turner plans to spend a year at FDTC before going to graduate school. She believes that the experience she will gain from this teaching job will help her get into graduate school and succeed as a professor later in the future.

“It will definitely help me grow and learn as a teacher,” Turner said. “And I’m positive it will be helpful when I apply to graduate schools. The job will certainly recommend me for a position as a TA [teaching assistant].”

Turner has strong ambitions for the future. Once her time at FDTC is over, she plans on going on to earn her doctorate degree in Mythology and Folklore. This field is closely related to her previous studies in literature.

Turner has found success in her chosen field after a summer of worrying about job prospects. She clearly has the ability and ambition to be very successful in the future as well.

Turner serves as an example for other students who may worry about what lies outside of college. With the proper work, diligence and ambition, success and happiness are not impossible goals.