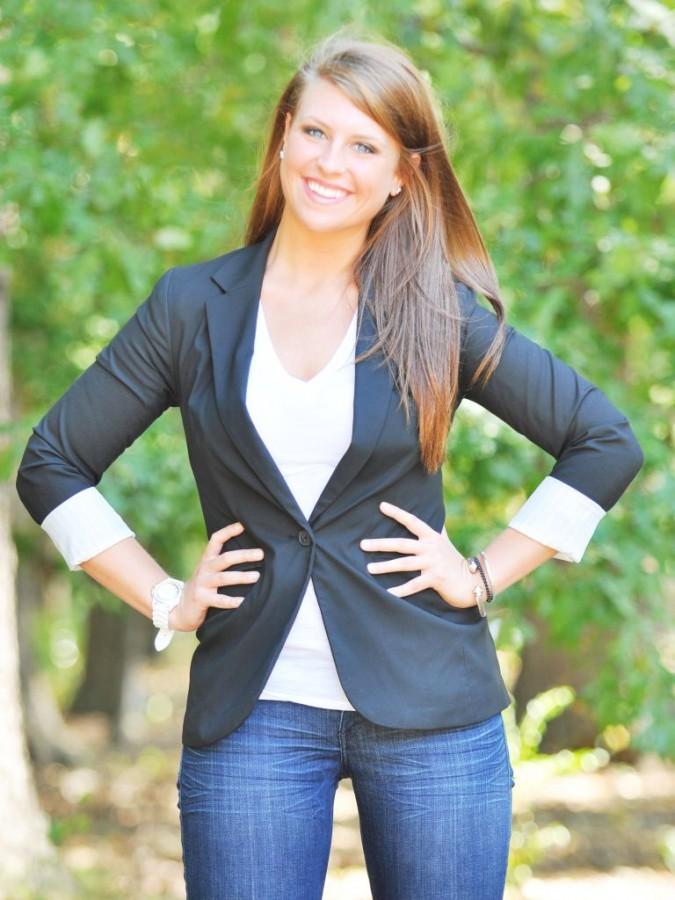 Six years ago, weighing in at 230 pounds and wearing size 18 pants, FMU junior Bree Boyce would never have imagined that she would participate in a bathing suit competition, but that is exactly what she did this summer while vying for the title in the Miss South Carolina pageant.

“It was really emotional and it was one of the biggest leaps of faith I would say that I have ever taken, so it was a big accomplishment for me,” Boyce said.

Boyce currently holds the titles of both Miss Florence and Miss Francis Marion. Her first pageant, aside from small festival pageants she participated in as a child, was the Miss West Florence competition, which she took part in during her senior year of high school.

She said that winning that pageant gave her the confidence and motivation to continue to work toward her weight loss goal, which she had already begun a year earlier. After changing her eating and exercise habits, she decided to start competing in pageants to promote what would become her platform – “Eating Healthy and Fighting Obesity.”

“I feel like with my platform it is more personal because I have been through it, and I think whenever I do go and speak at different places it really shows,” Boyce said.

Because of her victory over obesity, participating in the Miss South Carolina pageant’s bathing suit competition served as a special triumph for Boyce.

“It felt really good … I just never thought in a million years that this would be something that I would ever do,” Boyce said. “Some people who have lost a lot of weight don’t tend to see themselves as how they actually look and I still to this day don’t. I still sometimes feel subconscious about my body and I think that’s just something that you automatically think after living with this for so long.”

Boyce made it all the way to the top 10 in the Miss South Carolina pageant, which was her first pageant on the state level.

“Winning was very important but just overcoming that much and to be able to get up on stage and do that was beyond winning the crown. I mean, it would have been so great if I could have won the crown but the whole week was overwhelming with emotion, especially because it was something that I never thought I’d get the opportunity to do.”

Boyce has saved the black and gold Victoria’s Secret two-piece bathing suit she competed in – and has not worn it since – because it is such a positive memory for her. She has also saved a pair of her size 18 jeans as a reminder of how far she has come in achieving her goals.

Boyce works every day to promote eating healthy and getting/staying in shape, and one of the main ways she does so is by visiting local schools.

Boyce brings healthy and unhealthy foods with her and asks for student volunteers to identify what category the different foods fall into. She also talks to the young students about the importance of eating right and exercising a little bit each day.

She also reaches out to the community and anyone who wishes to start living a healthier lifestyle through her Facebook page that is dedicated to spreading her message. Boyce posts motivational quotes and healthy recipes to help others battling with weight issues.

“You still can have things that you like but just in moderation, not like every day … but every now and then if you want to splurge, splurge. Don’t deprive yourself.”

Boyce’s Facebook page has bypassed 2,500 fans and her new goal is to reach 5,000 fans. She also aims to have her book completed within two years.

“Right now I’m writing a book, which is very stressful … it’s about my life experiences – my battle with weight and overcoming that,” Boyce said.

“The thing is, now that I’ve had it as a platform for Miss Florence, it’s become a platform for me throughout life because I feel like after Miss Florence I can still go and promote it because it’s something that’s personal to me. The book’s about that and the hardships that I’ve been through and how I’ve overcome them.”

In the midst of all this, Boyce still makes time to visit her sister in Las Vegas and occasionally work at Groucho’s Deli in Florence.

“That’s one of the difficult things about doing all this – making time – but you have to be very set with how you’re going to plan your day out,” Boyce said.

And she is. Boyce wakes up every morning to go walking in her neighborhood before she goes to school. She also goes to the gym every afternoon (except for Saturdays) for two to three hours.

Boyce even goes to two different locations for her workouts while she is working on obtaining her aerobics instructor license.

Boyce has also given up eating unhealthy foods, for the most part. She said that she does not deprive herself but she avoids greasy takeout food.

“I can’t even tell you the last time that I had fast food,” Boyce said. “It’s probably been two or three years. It’s been a long time.”

Since her win at the Miss Florence pageant in October of last year, Boyce has stayed busy promoting her platform, competing in pageants, traveling, going to school, working toward getting her aerobics instructor’s license, competing in marathons and even writing a book.

Anyone who interested in living a healthier lifestyle may visit her Facebook page for motivation, tips and healthy recipes – just search for “Bree Boyce – Eating Healthy and Fighting Obesity.”