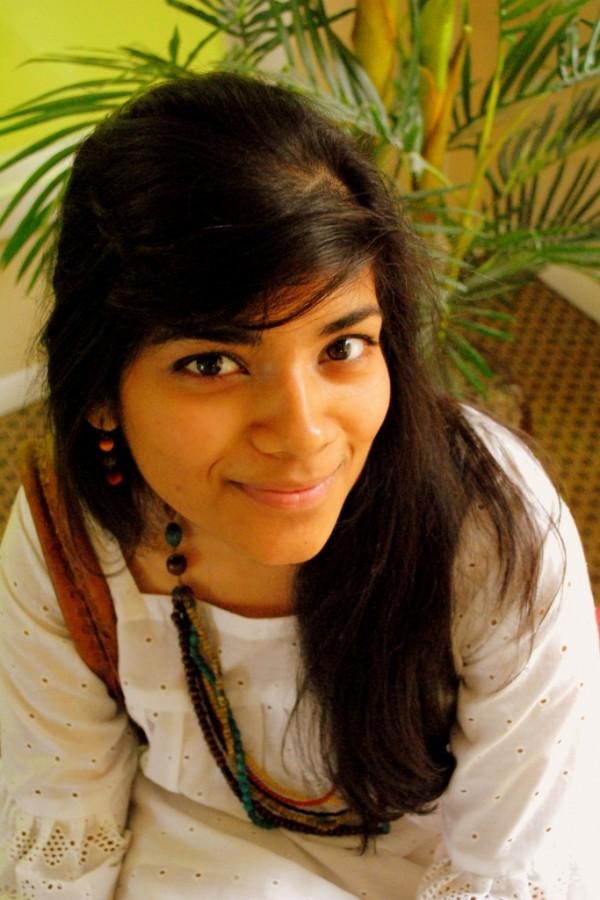 To realize the essence of selflessness and compassion, living among the unfortunate reveals a focused view of how difficult life is for some people. Growing up in India, as a child, Elahe Meryl D’Souza, who is now a medical student at the University of South Carolina’s School of Medicine, observed how people were coping with physical pain and suffering. The seeds for reaching out and helping people were sown into her around the young age of seven.

“As a little girl, I saw sickness outside and I wanted to help people,” D’Souza said. “Living next door to two physicians exposed me to the heart of medicine, the core of medicine. It wasn’t about being well paid or having a big home. They ran a small clinic and treated the poor who had nothing with them except the pure need to be helped. I saw it through the eyes of a child, and that was my earliest sign of inspiration.”

D’Souza’s passion for helping and understanding the intricate functioning of the human body as a whole remained consistent throughout her childhood years. The channel that allowed her to accomplish her desire was the moment when she was enrolled in the biology pre-med program at Francis Marion.

Besides shadowing doctors and being involved with academia, D’Souza fondly holds a memory that she will never forget. It was a journey, she said, that changed her entire approach to life itself.

“The true test for me was when I traveled to Haiti at the end of my senior year at Francis Marion,” D’Souza said. “It taught me not to take anything for granted. It was there that everything was tied down to what humanism really means. It reminded me of why I actually got into the field of medicine.”

D’Souza also mentioned that her longing to become a doctor did not occur on impulse; it grew and developed with every passing day.

“Shadowing several doctors and my trip to Haiti sealed the deal for me,” D’Souza said. “It showed me a different role of medicine. It showed me so clearly that there is no silver bullet to medicine. I understood the feeling of knowing that I’m going to do everything I can to help them feel better, but, beyond that point, I have no control. Making do without facilities exposed me to the reality of medicine.”

Currently, D’Souza is working on her Doctor of Medicine (MD) degree, and is enrolled in four classes: anatomy (with lab), micro-anatomy and histology (with lab), biochemistry and introduction to clinical medicine (ICM).

Being in medical school began a new chapter for D’Souza because she is learning not only the biological aspect of becoming a physician, but also the human aspect. She is learning to see a life through a physician’s eyes.

“The academic workload is beyond my imagination,” D’Souza said. “It’s amazing, though, how the brain can take in all; repetition is the key. I have to balance all four of my classes and, at the same time, integrate them toward a goal. Training my mind to relate them with each other is challenging.”

“Meryl is one of those few students where you could tell she had a really good scientific intuition,” Malaiyandi said. “As her research adviser, I saw that she was a good influence to other students; she was friendly, outgoing and most importantly compassionate. She contributed a lot even when she went to Haiti. We were happy to send her because we knew she would appreciate a world experience and it was an eye opening experience for her. Regardless of whatever she ends up doing, I know she’ll be great.”

D’Souza mentioned that her stay at the USC School of Medicine is all the more enjoyable because of the strong social connection she has developed, and that her success is because of her family, professors and the church she attends.

“My biggest support is my family,” D’Souza said. “Even though I can’t see them often, I know they are a phone call away. It’s so easy to get involved with books, and to hear someone familiar on the other side is what keeps my sanity. The other has been my church; it keeps me sane to begin with.”

According to D’Souza, studying medicine has been a blessing because she has seen for herself in the Haiti trip what it means to love one’s neighbor more than oneself. Love and compassion are the human threads that connect people together.

“Never have I regretted,” she said. “Every moment I have spent in medical school tells me what a good decision I have made. The more I study the human body and how it is all related, the more I am in awe of the God that created this body. Wow, this is amazing.”