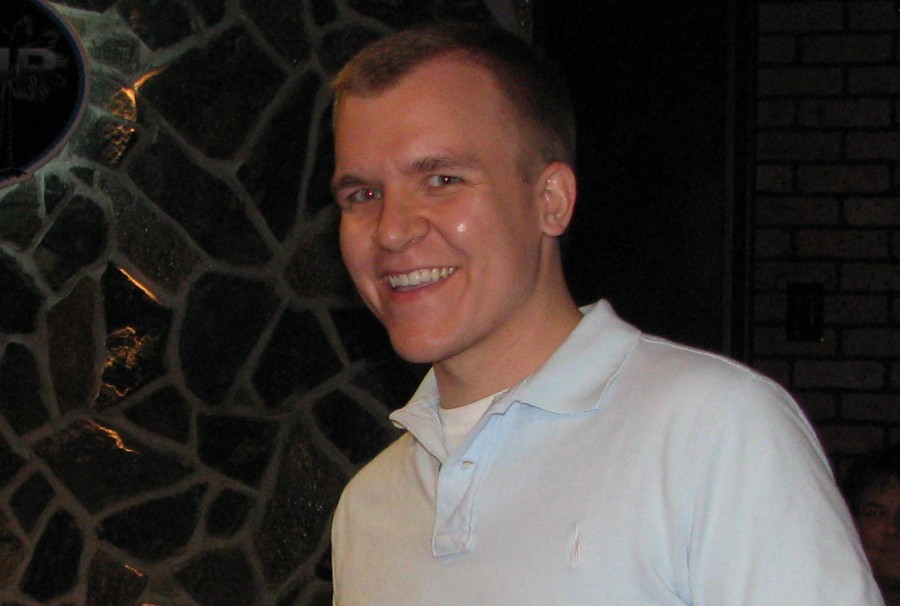 When Francis Marion alumnus Mark Roberts graduated in 2006 he watched a lot of his friends settle for jobs outside of their majors. Roberts was determined to do just the opposite.

Fortunately for him, that determination allowed Roberts to become employed in his chosen field of convergence journalism where he is making a name for himself at an advertising company in Myrtle Beach called the Brandon Agency.

According to Roberts, it was not easy and it took persistence, but when asked what advice he would give to college seniors upon graduating, he quickly said going after one’s goals wholeheartedly is most important.

“If you have a specific goal, work until you get it,” Roberts said. “It is possible if you try. You should never give up on the actual field that you’re going for.”

Roberts said that the job market in 2006 was better than it is now, but many people he graduated with still had a difficult time finding work because it was, well, work.

“So many people I went to school with gave up because it’s hard and they settled for whatever’s easy or at least close to their goal,” Roberts said.

However, Roberts warned that it is more important for people to be happy in their choices and the jobs they must do every day than to just find a job. According to Roberts, it would be a shame to complete school and obtain a degree only to use it on a career that could have been pursued without ever attending a college or university.

Pursuing a successful career path in Roberts’ field, which includes convergence journalism and public relations work, can mean being on call 24 hours a day.

“I literally work every hour, every day of the week,” Roberts said. “Even when I’m at home I’m brainstorming. Everything you do has to translate into your work.”

For Roberts, whose official title is video production manager, doing his job at the Brandon Agency includes coming up with original ideas, writing, interviewing, filming, editing, publication and finding talent for advertisements just to name a few.

“I don’t know anyone in any branch of news, video or public relations who only does one thing anymore,” Roberts explained. “You’re expected to know how to do everything.”

Being expected to perform in many different areas makes Roberts very grateful that he chose the convergence track while attending Francis Marion. The convergence track in the Mass Communication Department teaches students to be able to prepare news content for various media outlets, including print, online, broadcast and public relations. This makes students more marketable in a changing media environment.

Roberts, whose major clients include Farmers Telephone Company, Provost Academy and Dataw Island, credits his time at FMU and his relationships with his professors for much of his success.

“The mass communication professors tell it to you real from day one,” Roberts said. “They tell you it’s going to be hard sometimes and it is, but it’s worth it.”

During his college career, Roberts had the opportunity to create examples of his own work that demonstrated what he was capable of to potential employers. He said that being able to show a portfolio is ultimately what got him hired to his first job working for a Georgetown, S.C., cable television company called Carolina TV Now.

Roberts said an important thing for college students to remember is that just because they have earned a degree does not mean they are entitled to a job upon graduation. Roberts said graduates have to go out there and compete with people who may have just as much or more to offer than they have, and having evidence in a portfolio that demonstrates an ability to do the job can be what makes the deal.

According to Roberts, a graduate has to use all of his or her resources in order to land that perfect job, and sometimes that includes looking back to former professors.

“Create relationships with your professors,” Roberts said. “They are there for a reason. Tell them your goals and ask them about the industry you want to go into. Professors are the best contacts you can have because they are always in the know. It’s the best relationship you can have.”

According to Roberts, the little things such as relationships with professors are the ones most often taken for granted, but they could be a graduate’s best weapon. Roberts said that the little pieces of advice picked up from professors, along with the conversations had with them, are later tools that help to communicate successfully with professionals in the field.