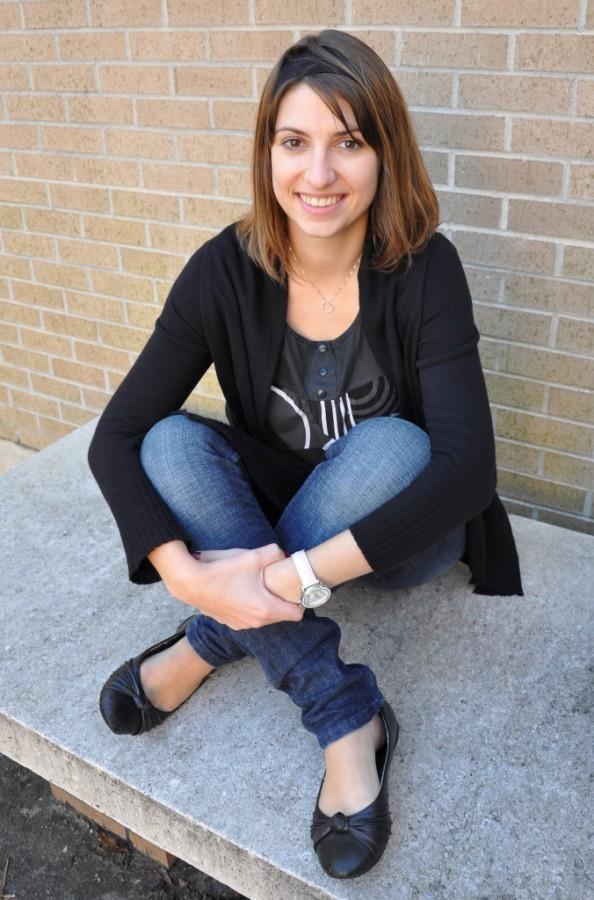 Anne-Lise Geffroy traveled across the Atlantic Ocean from Normandy, France in order to attend Francis Marion for the first year towards earning her master’s degree.

In France, students get three years to obtain their undergraduate degree rather than the four years given here. Geffroy, 20, plans to go back to Caen University, the school from which she graduated, to finish up the last year of the master’s program. Her initial plan is to be an English teacher in France, but she says if she likes it here enough, she may decide to be a French teacher somewhere in America.

Geffroy has always wanted to come to the United States, and the foreign exchange program offered the perfect opportunity for her to do so.

“It was my dream to come to America for ten years,” Geffroy said. “I’m so happy to be here. I miss my family, but I don’t want to leave.”

She said being able to Skype with her family has helped her not feel as homesick.

She thinks the people are very friendly here, and she likes that there is always something to do on or around campus. Geffroy also enjoys the smaller class sizes because it makes it easier to participate in class. However, her favorite thing about being in South Carolina is the warm climate.

“It is almost always cold in Normandy, and it rains almost every day,” Geffroy said.

Geffroy said she laughed when she was told about the reaction students had to the couple inches of snow that landed on campus several months ago. Even when her hometown receives several feet, everything continues on as normal.

“We still drive, and we still go to class like nothing happened,” Geffroy said.

Geffroy plans on taking full advantage of her time here in the states by traveling to three major American hotspots during FMU’s Christmas break.

“I am going with friends to New York, Florida and California,” Geffroy said.

She went to Myrtle Beach back in September, and while her friends complained about how cold the water was, she thought it was quite warm.

“I said, ‘You think this water is cold? This water is definitely not cold,'” Geffroy said.

Geffroy also mentioned some of what she thought were France and America’s biggest differences.

“The food here is too fattening,” Geffroy said. “You put so much butter and cream even on your vegetables.”

She said she is carefully watching what she eats because it is too easy to gain weight here.

The second difference she brought out dealt with Americans’ bad voting habits.

“Not voting is very bad,” Geffroy said. “Almost everybody in France votes because we know it is the only way to tell the government what we want.”

The last difference is, unfortunately, still a big issue, especially in the south.

“I get the impression that some people are racist,” Geffroy said. “I always see black with black and white with white. We are a lot more tolerant in France. If you like the person, color means nothing.”

Still, Geffroy said she is very happy that FMU helped her achieve a dream, and she advised anyone who gets the chance to travel to take it.

She said change teaches you to “just be happy with everything.”

Of course Paris was mentioned, and she said never to pass on an opportunity to visit the city.

“I live three hours away, and I spend as much time as I can there,” Geffroy said. “There are so many things to do, and it really is as wonderful as people say it is.”