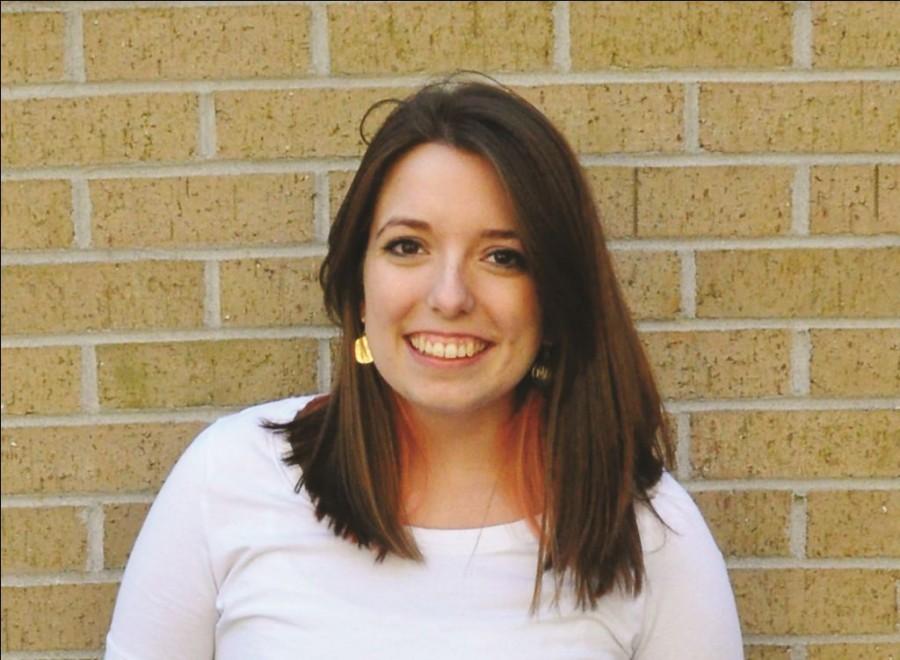 Graduating from college often involves a fair amount of personal change and reflection. Most graduates see this time in life as one with endless, and often unknown, possibilities. One recent Francis Marion University graduate, Dorothy Matthews, is spending this time giving back to others.

Matthews graduated from FMU in December 2010.  She received a B.A. in Spanish with a minor in English Literature. Although it has only been a little over a month since Matthews completed her degree, she has already gotten a job as semester missionary for Baptist Collegiate Ministry (BCM).

According to Matthews, her job as semester missionary involves many different responsibilities. Some of her tasks include organizing events and fundraisers and planning mission trips.

However, she believes her most important task as semester missionary involves sharing her belief in Christ.

“I spend most of my time working with students and sharing Christ in new relationships and in old ones as well,” Matthews said. “Through these relationships, we hope that students will become more mature followers of Jesus.”

Matthews applied for the position of semester missionary last year. She gained the needed experience for this role by being involved with BCM for several years and serving on the organization’s student leadership team. Matthews believes one thing that made her qualified for the position was sincerely caring about FMU students and the BCM ministry.

Her work as a semester missionary will not be Matthews’s first experience with mission work.

“I’ve been a part of a variety of different mission projects,” Matthews said. “For example, in high school I went with my youth group to help Hurricane Katrina victims in New Orleans.”

Matthews has also traveled to Uruguay, Peru and Mexico for mission work.

Besides being a caring and conscientious missionary, Matthews was also a successful student at FMU. Matthews also worked as a consultant for the FMU Writing Center.

Dr. Christopher Johnson, Department Chair and Professor of English, witnessed Dorothy’s abilities as a student and believes she will do well in her missionary work.

“I’m delighted to know that Dorothy is doing missionary work,” Johnson said. “I suspect she will have a shaping influence on the lives of the people with whom she works during her time at FMU. Dorothy was always an exceptional student, and I believe she’ll have a wonderful impact as a missionary.

Matthews plans on spending just one semester as BCM missionary, although she admits that this could change. However, she has future plans, both educational and philanthropic, that lie outside BCM and FMU.

“I am interviewing for a job doing mission work overseas in February,” Matthews said. “If I get a position, I will be leaving at the end of April or early May for two years.”

After this program, Matthews plans to attend graduate school. She wants to earn a degree in Apologetics, a branch of Christian theology.

Although her interests in post-graduate pursuits lie principally in the realm of Christian study and service, Matthews plans on using her educational background as a Spanish major.

This semester, Matthews will be teaching Spanish to 3 and 4 year olds twice a week at FMU’s Center for the Child. Furthermore, Matthews plans on utilizing her skills in Spanish when she travels abroad.

For now, Matthews is focusing on her work with BCM. She is excited about what BCM has planned for the semester.

“There is so much fun stuff going on this semester!” Matthews said. “And all students are invited to participate, no matter what their religious beliefs.”

Some upcoming events include a BCM-hosted coffee house in Heyward Community Center on Thursday, Feb. 10 and Secret Church on Friday, Feb. 18 at BCM, as well as intramural sports and community projects.

Matthews also wanted to remind students to attend 153, a weekly group gathering held at BCM. This takes place on Tuesday nights at 7 p.m.

“There’s free food, a band, and a speaker each week,” Matthews said. “We also have several small group Bible studies that meet weekly that are open to all students who are interested in a deeper knowledge of the Bible and understanding of Jesus.”

Aside from inviting students to these BCM events, Matthews offered some advice to upcoming graduates.

“Try to start the job search early; it’s a tough market out there,” Matthews said. “Realize that it’s okay to be a little bit scared and you don’t have to have your whole life planned out in advance. Decide who you are and who you want to become. Not just in terms of career, but in terms of character. You only get one, so don’t waste even one day of your life.”

With her past accomplishments, her current activities, and her future plans, Dorothy Matthews certainly seems to be following her own advice.