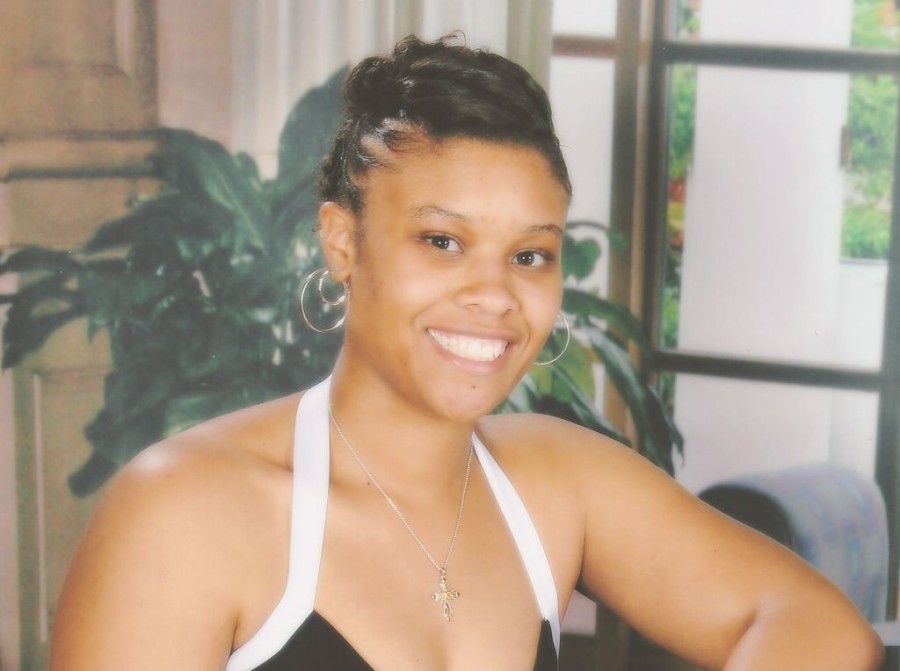 Sheena Gause, a 2009 Francis Marion graduate who double-majored in Health Physics and Computational Physics, has been putting her degree to use at Savannah River Site (SRS).

Gause, who begin working at SRS directly after graduating, explained how she got her current job.

“A couple of Health Physicists from SRS came down to FMU to interview myself and two other classmates a few months prior to graduation,” Gause said. “After receiving a job offer from them, I asked if I could tour the site before making a decision. Funny story is that a few hours after I accepted the job offer, I received a call from another company … that was willing to offer me a position. I’d sent them my resume months earlier, but due to communication faults amongst some of their personnel, who are now great colleagues, no one ever called me. So, in a way, I feel that SRS is where I was meant to be.”

The Savannah River Site is a 310-square-mile site in South Carolina that is bordered to the west by the Savannah River and Georgia.  SRS consists of many different organizations and contractors to support the Department of Energy.

Gause currently works in Internal Dosimetry for Savannah River Nuclear Solutions, LLC, which is an organization within SRS.  Internal dosimetry deals with the detection and evaluation of radioactive dose in people.

Gause explained the history of internal dosimetry at SRS.

“In-vitro radiobioassay of urine and fecal samples have been carried out at the Savannah River Site since the 1950’s to determine an individual’s intake of uranium, tritium, and transuranic elements such as americium, plutonium, and californium,” Gause said. “In-vivo radiobioassay methods consists of whole-body counting for fission and activation products in the total body.”

Gause said that her particular job consists of many different components, all aimed towards monitoring radioactive dosage and ensuring the safety of personnel.

“As the In Vivo Technical Lead, I am responsible for the following: operation of all In Vivo Counting (IVC) equipment, calibration of IVC equipment, implementing improvements in IVC technology, review of all whole-body and chest count data of personnel to ensure that one has not received an intake, consulting with customers and management on In Vivo issues, serving as backup/alternate to the internal dosimetrist, and ensuring compliance with procedures as well as development and implementation of procedures and technical bases documents.”

Gause said that her time spent and things learned at FMU benefit her daily in the workplace.

“A great deal of what I learned at FMU is put to practice in my daily work routine and has been very beneficial to my job and my career,” Gause said.

“I first visited FMU as a student participant of the 1st Annual South Carolina Physics Scholars Institute (SCPSI) in 2004 where I learned all about the various physics programs offered,” Gause said. “For attending this program, I was awarded a scholarship if I attended FMU and majored in a physics program. When I started at FMU, I was a dual-degree engineering major and wanted to study computer engineering.”

Gause explained that she soon felt drawn towards focusing on physics rather than engineering.

“As I took more physics classes and mingled with the physics majors, I was compelled to change my major to physics. Because I still wanted to have a feel for the computational aspect of physics and because I was interested in the health and medical aspects of physics, I actually decided to double-major in Computational Physics and Health Physics.”

As part of the Health Physics program at FMU, each student must complete an internship before graduation. Gause actually completed two undergraduate internships, though only one was health physics-related.

“My first internship (non-HP related) was with the National Science Foundation (NSF) as an REU (Research Experience for Undergraduates) intern at NC State University,” Gause said.

For her Health Physics internship, Gause traveled to a cancer center in Florida to work with Medical Physics, a field closely associated with Health Physics.

“For the HP internship, I was awarded a fellowship from the American Association of Physicists in Medicine (AAPM),” Gause said. “I interned at H. Lee Moffitt Cancer Center, located in Tampa, Fla., in Medical Physics. Health Physics and Medical Physics are very much related. Medical Physicists calculate the doses to be safely distributed through X-Rays, CAT scans, PET scans, radiation treatment, etc.”

Gause said that both of her internships were extremely helpful in preparing her for what she would be dealing with after graduation.

“Both of these internships prepared me for a career in HP by helping me to become more knowledgeable of HP outside of the classroom,” Gause said.“It was very beneficial to receive such experience before finishing college and before actually stepping out into the real world.”

In her time at FMU, Gause said that many of her physics professors influenced her positively, including Dr. Jokisch, Dr. Peterson, Dr. Smith and Dr. Fulmer.  She said the Peterson especially influenced her to succeed by challenging her.

“Dr. Peterson was my advisor, and the first couple of times that he advised me, I thought that he was hoping for me to fail,” Gause said. “I can recall sitting in his office during an advising for the upcoming semester and him asking how my grades were. At the time, I was taking Calculus 202 and I’d had a B for the midterm, so I said, ‘Pretty good. I have a B in Calculus 202.’ His reply, ‘And you think that that’s good?’”

“Well, I wasn’t the happiest at hearing such. In fact, I was a little down/depressed, but it was only a little while later that I realized that he was only pushing me to do better, to aim higher, and to raise the bar! After my first semester, freshman year, I aimed for nothing lower than an A. For the most part, I succeeded, and if I didn’t I wasn’t far behind. So, for his challenging me, I will be forever grateful.”

“I would advise all current or incoming FMU students to really stay focused and to do his or her best,” Gause said. “With the economy and the job market as it is, having a degree will be extremely beneficial for finding a job and for starting a career. I had a long and tough journey, but I truly know that hard work does pay off, and ‘With God, all things are possible!’”

Currently, Gause is studying for her master’s degree in Health Physics.

“I’m really focused on pursuing a career in medical physics, radiation oncology, or as a radiation safety officer in a hospital setting,” Gause said.“With my master’s in HP, which has an extended focus in medical physics, I believe that I will have a greater opportunity to do exactly what I’d love to do.”