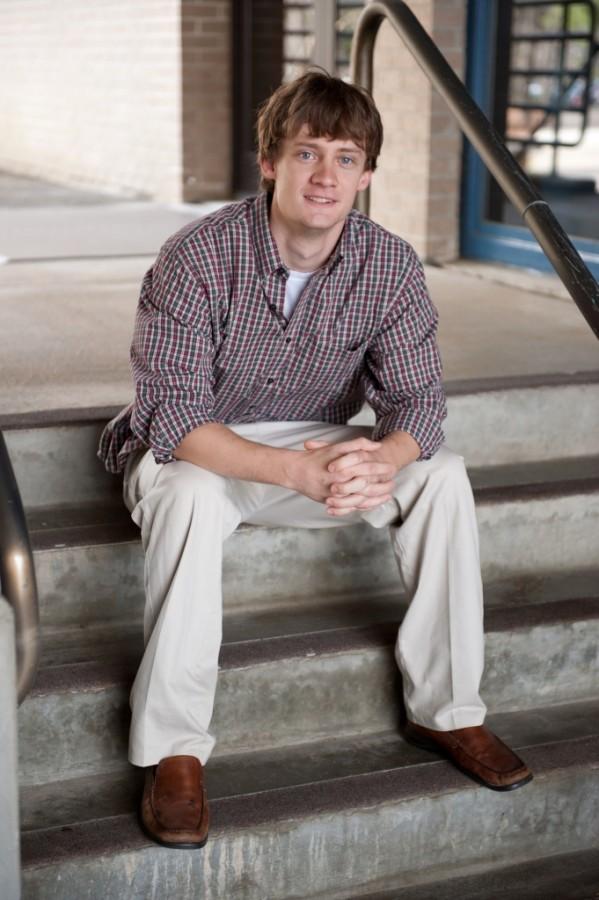 Growing up in Lamar, S.C., Christopher McKagen changed his mind about what he wanted to be when he grew up more times than he could count.

He started with professional baseball player, and then he moved on to meteorologist before deciding on becoming a wizard like Harry Potter. This too changed to automotive mechanic, rock star, professional video game player, and the list goes on. McKagen finally settled on journalism during his time at Francis Marion University.

“Finally, a few years ago, I realized that one way I could merge many, if not all of my interests, into one profession while using something I was actually pretty good with, written words, (was to pursue journalism),” McKagen said. “I felt it might be a good match.”

McKagen, who graduated from FMU with a major in mass communication in 2011, secured a job at the Florence newspaper the Morning News within a month of the December commencement ceremony.

“(Journalism) seemed like a career that would always provide something new and opportunities to make an impact,” McKagen said. “With the skills I learned and harbored from professors at FMU, the opportunities I was given to advance my professional skills in the Office of Student Affairs and Multicultural Affairs, and with the help of people like Angela Crosland, I was able to land my first job in the news world.”

McKagen, who works part-time at the newspaper, performs an assortment of duties throughout the course of his work day – or night. He works with news briefs, press releases and letters to the editor, and he also helps with research for some stories. McKagen’s varied tasks also include taking in sports scores from around the area a couple of nights a week, as well as doing some reporting for the sports department. He has even written a few published stories.

McKagen said that he has enjoyed his time at the Morning News, and he feels grateful for the opportunity to work in his desired field while improving his journalism skills.

“The atmosphere (in the newsroom) is usually pretty lively, and I get a chance to learn first-hand from professionals who have been at this gig for years,” McKagen said. “I am getting the chance to take all of the academic journalism tools I learned at FMU and combine them with new, real-world professional skills that are literally doubling each week.”

McKagen credited the professors in the Mass Communication Department for helping him to hone his journalistic skills that helped him land his first post-graduation job. He said that he found Associate Professor of Mass Communication Tim Hanson’s news writing and editing courses particularly beneficial.

“Christopher is just great,” Hanson, the department’s interim chair, said. “He’s smart and self-motivated and without a doubt will do extremely well at whatever he chooses to do in the future.”

McKagen said he plans to continue working hard and putting his all into his work at the Morning News.

“I can already tell that the types of skills I’m learning will open the doors of opportunities I wasn’t even aware existed,” McKagen said. “Sure, that’s a little ambiguous, but it’s true. Of course, though, I would love any chance to report full-time, broadcast, produce, travel, etc.”