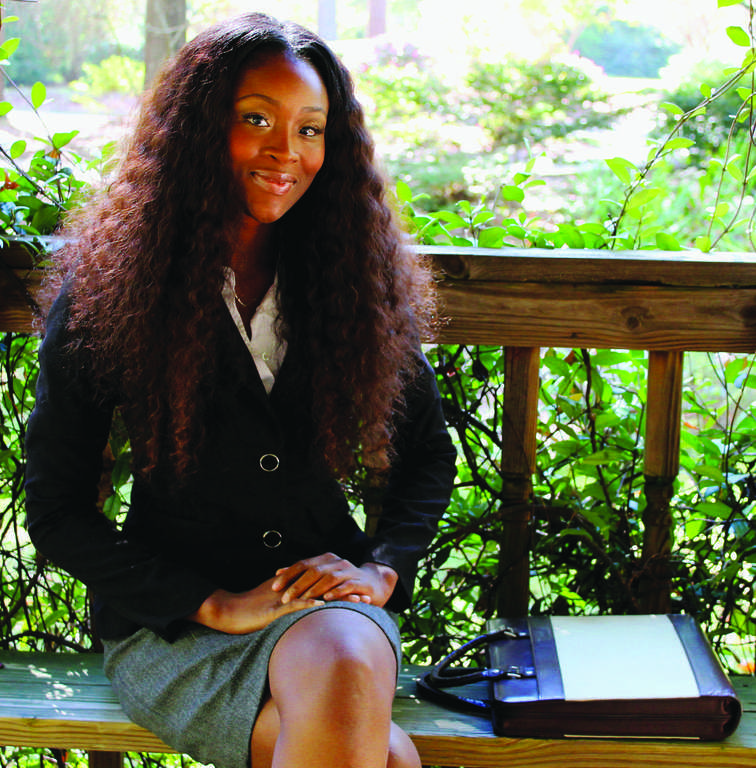 Francis Marion University (FMU) graduate Katrina Garnes has established a name for herself throughout the communications industry.

While a student at FMU, Garnes began a web show titled “What’s Going On” to cover community issues, local events and to motivate other entrepreneurs. The web show was originally intended to give Garnes the opportunity to practice being in front of the camera and edit videos. It has now grown, allowing Garnes to open her own production company, Cold Storm Productions.

In addition to owning and operating her own company, Garnes writes as a freelancer for IMAGINEI Magazine, Devine Glory Magazine and I Define Success. She has also appeared in Diversity Works Magazine, Sophisticated Charlotte Magazine, New Direction Group Blog and other magazines and talk shows.

Through running her production company and web show, Garnes has fought to stand out in an industry dominated by men.

“It was hard for me to be taken seriously,” Garnes said. “I quickly learned that if no one believes in you, you have to believe in yourself.”

Garnes acts as a mentor for youth and young adults interested in entering the field of broadcast journalism.

“When I first started outside of my traditional schooling, I was not privileged to have a mentor to turn to for guidance and direction,” Garnes said.

When Garnes is not working, she helps with various organizations throughout the community including Minorities Involved in Networking, Growth, Leadership and Empowerment (MINGLE of the Pee Dee) and Family Promise of Florence.

“[I have] always been one to think that the only way [you will] get what you want out of life is giving just as much,” Garnes said.

Garnes is one of the founders and Board members of MINGLE of the Pee Dee. MINGLE works with entrepreneurs and professionals to develop professional, social networking and community-involvement skills.