From FMU freshman to future physician 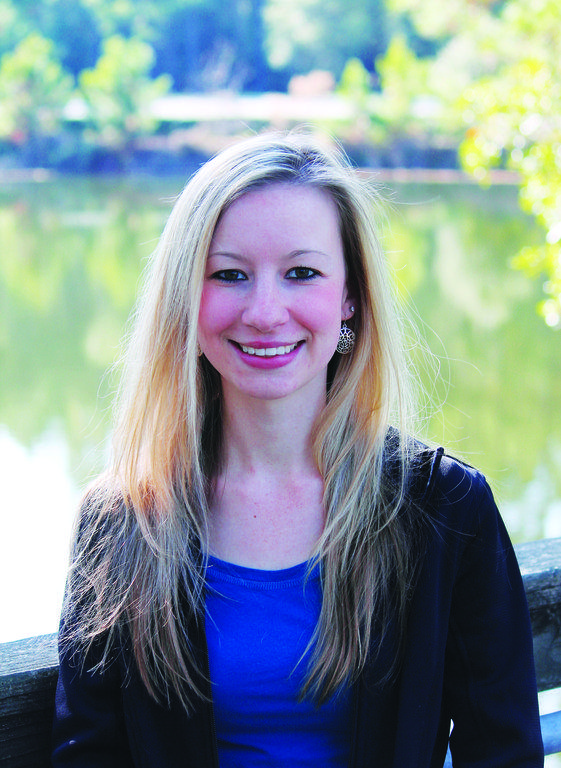 Currently in her third year of medical school at the Edward Via College of Osteopathic Medicine in Spartanburg, S.C., Gillaspie has found her calling while implementing all of the skills and knowledge attained while at FMU.  She is in her geriatric rotation at Springs Memorial Hospital, but plans to pursue a specialty in either internal medicine or pediatrics.

Although she was born in Highpoint, N.C., Gillaspie has lived all over the South.  After she completes her training, she has no intentions of forgetting where she comes from.  She plans to practice her first several years in rural healthcare in underserved areas of the southern United States.

Gillaspie has always been intrigued by medicine.

“My mother was sick my entire life and I took care of her until she died,” Gillaspie said.  “I spent so much time in hospitals and doctor’s offices that they felt like a second home.”

She worked in a chiropractor’s office for several years while also attending FMU full-time and keeping up with her duties as a Resident Assistant.  Gillaspie embraced every opportunity given to pre-medical students at FMU.  She participated in the Advancing Rural Community Health (ARCH) program that allows students to shadow physicians in different areas of rural medicine.  In addition to ARCH, she also shadowed several other physicians in her own time.

Since she has now started her rotation in hospitals dealing with patients directly, she is able to combine her own life experiences with the knowledge she has gained in her first two years of medical school.  “Having a personal experience [with my mother] allows me to connect with my patients,” Gillaspie said.  “It puts me on their level and makes me more empathetic to their needs and situation.  Third year of medical school has been the best experience so far.  It allows you to implicate everything you have learned and switch your mind over from memorization to application.”

Gillaspie breaks down her medical school experience into three stages.  Stage one is undergraduate studies.  Her advice to students in pre-health programs at FMU is to shadow as much as possible so that students can get an idea of what is expected in the field.  Stage two is first and second year of medical school.  Gillaspie said that the first two years consist of non-stop studying to ensure you retain as much information as possible.  Stage three is third year rotations that allow you to relax more and enjoy what you are doing.

“My first two years in medical school, I did not have a life,” Gillaspie said.  “I obsessed over my grades so I stayed locked away in the library every second I could studying.  You have between three and four tests a week on top of your labs and outside activities.”

Although Gillaspie has climbed the ladder of success all on her own, she has found motivation and support in her fiancé.  Recently engaged, Gillaspie said that she relies on her fiancé for support when the days at the hospital are long and endless.

Gillaspie excelled at FMU in her studies and extracurricular activities to ensure she was accepted into medical school on her first attempt.  Now in her third year of medical school, Gillaspie is excelling in her studies once again while paving the way to becoming a confident, well-educated and empathetic physician.