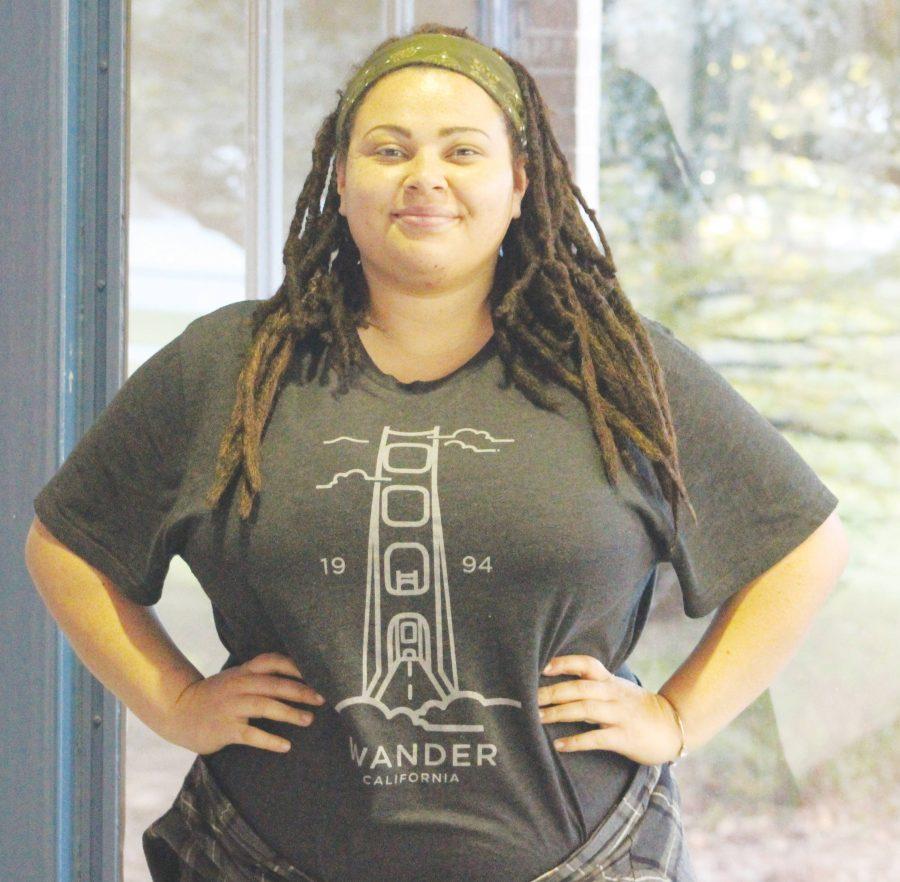 Shari Tingle’s career in the film industry has taken off since she worked as a production assistant for “Suicide Note.”

Junior theatre major Shari Tingle knows what she wants to do with her life – make movies – and she is already seeing her dream fulfilled while in college.

During the course of one year, Tingle worked for Lifetime on six movies as a script supervisor, actor and second assistant director.

Tingle said working on her first film, “Suicide Note,” was an amazing yet exhausting experience that cemented her goal to work in the film industry.

“A typical work day in film is 12 hours, so we were working constantly,” Tingle said. “It was so great. It was one of those moments where you’re like, ‘Yeah, this is what I want to do forever.’ It was mind blowing to be on set and see how everything really works.”

Since “Suicide Note” was shot almost entirely on FMU’s campus, FMU theatre students were encouraged to get involved in the filming process. Originally, Tingle thought that she would just take pictures and try to learn everything she could from the director without getting in the way.

But, her plans changed for the better. Once Tingle started networking with the production staff, she was hired as a production assistant and a few days later became the script supervisor.

“I really enjoy being by the monitor and watching an actor perform live,” Tingle said. “Everybody else will see them on TV, but I get to be there in the room. That’s a really special thing.”

After “Suicide Note,” Tingle was hired by “G! It’s Entertainment” to work on three movies in the fall of 2015. Tingle took a semester off to work in Myrtle Beach and Conway during the filming of “Accidentally Engaged,” “Honeymoon from Hell” and “All Hallows’ Eve.”

Also, this past summer she worked as a second assistant director for two more movies, “Finding Fish” and “An Inherited Life.” Tingle said she has learned teamwork and communication skills through working in the film industry. “You have to work as a team and be very clear when communicating your ideas,” Tingle said. “If there is any confusion, it will translate onto the stage or screen. At the end of the day, everyone is there for one reason, and that’s to put on a good show or make a good movie.” Tingle also said she appreciates the fun experiences she has had over the past year. “I love the access you get when you make movies,” Tingle said. “You get to go to the most beautiful locations and see things you wouldn’t usually see.” While currently producing one film and assistant directing another, Tingle is still intentional about her education at FMU and enjoys her major’s department. “Theatre is one of the only programs that lets you try many things,” Tingle said. “I can go from acting to scene painting to light design all in the same major, and that is a freedom I adore.” Tingle is also thankful for the friendships she has made through the theatre department and how students help each other grow professionally while still having fun. “I really love how close the theatre majors are,” Tingle said. “We have little get-togethers at each others’ places to read through scripts that we are working on, and everybody plays a character. It’s really fun, and it’s nice to have feedback on your work.” Tingle plans to continue pursuing a career in film and hopes to write, direct and produce movies.