President of club wants others to be accepted 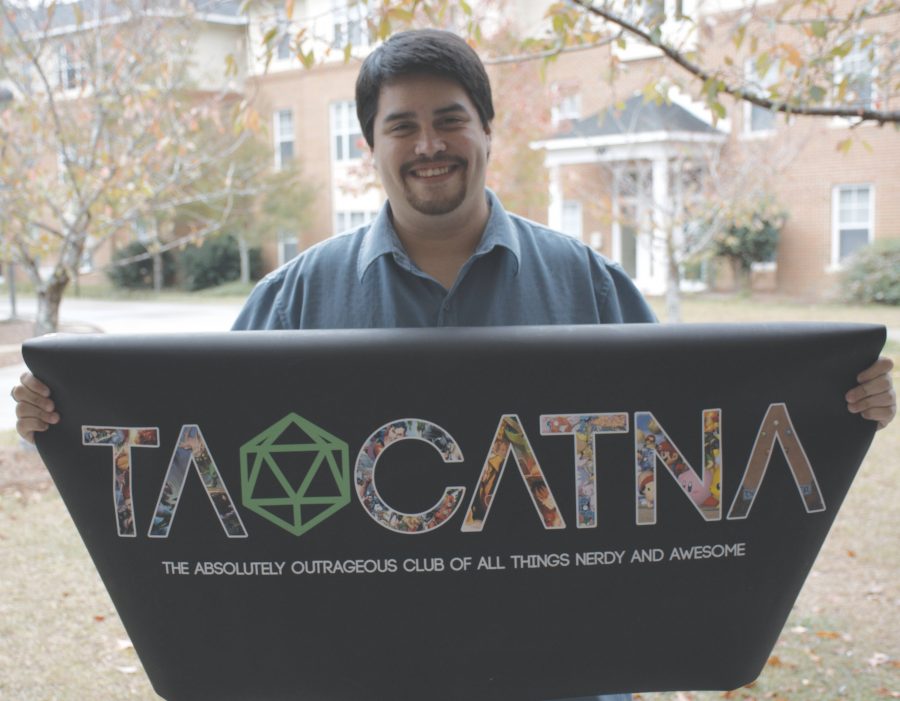 Mitchell Aldaco has been presient of T.A.O.C.A.T.N.A. for three years, embracing newcomers to the eclectic club.

Inclusivity is something many people and groups at FMU strive for and is something held dear. One student in particular, senior English major Mitchell Aldaco, believes that everyone, no matter their differences, is important and shows this in his actions.

Aldaco said that there have been times in his life when he felt like he was different from those around him. One particular time he said he remembers clearly was growing up with three stepbrothers who were more into sports than he was. His father was also interested in sports and spent a lot of time with his stepbrothers.

Aldaco said that from a young age, he knew he was more interested in the videogame world, so he always knew he was going to be a little different from his stepbrothers. He said he always knew who he is and what his interests are.

“One of the things that I’m most proud of is that my father recognized pretty early that I was different, and what I liked wasn’t what they liked,” Aldaco said. “He didn’t try to push me into the sports thing. He let me do what I wanted to do because that’s what makes me who I am.”

Aldaco continued to pursue those interests and is now the longest running president of FMU club T.A.O.C.A.T.N.A., which is an acronym for The Absolutely Outrageous Club of All Things Nerdy and Awesome. He said that he wants his role in the club to do more than just make a space for people to have fun.

FMU recognized T.A.O.C.A.T.N.A. officially just over four years ago, according to Aldaco. He said that FMU has provided students many opportunities to find their interests because it’s simple to start a club on the campus and have it be made official.

“Oh god yes, I am a nerd,” Aldaco said. “I can’t hide my nerdiness, but I don’t want to either. Why not be proud of being a nerd? There’s no reason not to be. I have these things that I like to do, and I don’t see anything wrong with that.”

“I like to help people who usually don’t talk a lot to start branching out and making friends,” Aldaco said. “We don’t want anyone to feel like they have to talk, but we want them to know that they can.”

Aldaco said he tries to encourage T.A.O.C.A.T.N.A. members to feel comfortable by using humor. He said he believes there are few things you can do in the world without communicating with others and that he wants to help make everyone become more successful.

“Living your ‘nerd’ lifestyle does not make you any different than anyone else — that’s just who you are and your interests, and I want you to know that that’s okay,” Aldaco said.

Aldaco said that he plans to teach high school English after graduating from FMU. He said that he believes that everyone has had at least one teacher who changed everything for him or her. He said he doesn’t expect to be that person for students he has in the future but that he wants each of them to know that if they have problems, he will be there for them.

“I think often it’s easier to believe in yourself when you realize someone else does too, so that’s what I set out to do,” Aldaco said.