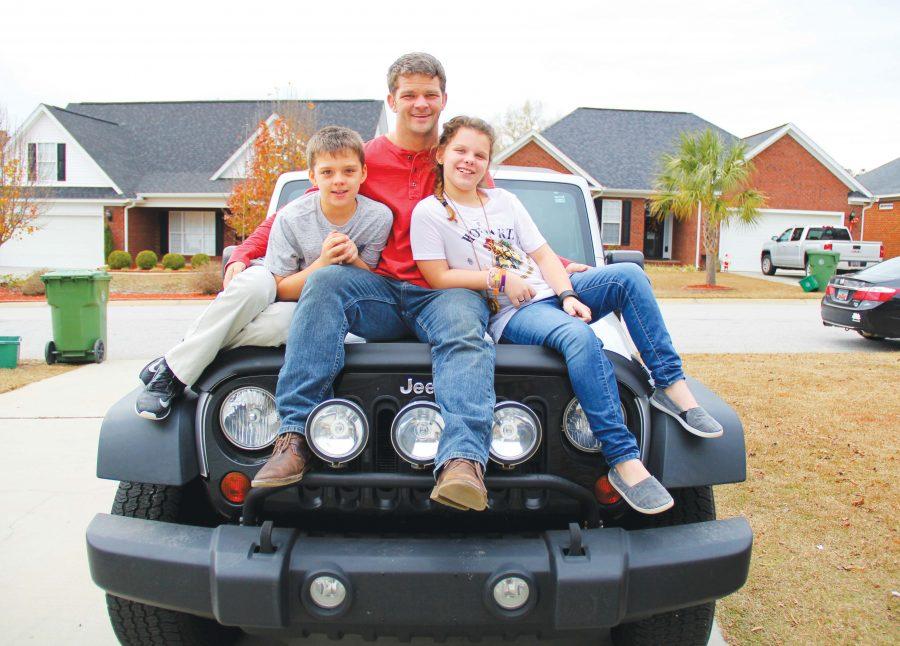 Senior Christian Brunetti attends FMU to stay close to his children while pursuing a degree and following his dreams of acting.

Christian Brunetti, a senior English major, is making a name for himself not only at FMU, but on the big screen too.

Brunetti is not the traditional student, in more than one sense of the term. He joined the military in 2003 and served for nine years. While in the military, Brunetti served as an infantryman, then in psychological operations. He was deployed twice to Iraq and once to Africa.

Brunetti said that he came to FMU because it allowed him to be close to his kids. Once here, he found the school to be much more than just convenient.

“It is just an incredible school,” Brunetti said. “The professors really pay attention to their students. It is hands down the best university that I have been to.”

Once at FMU, Brunetti declared English as his major, despite his background in psychology and his career pursuits as an actor. Brunetti said that his interests in psychology, theatre and English are all intertwined.

In addition to being a veteran and student, Brunetti also has quite the resume in film and television.

“I have been a military advisor, a stunt coordinator, a stunt guy and an actor,” Brunetti said. “I kind of do a little bit of everything in the film space.”

Brunetti then moved on to stunt work and acting.

Brunetti has been featured as an actor in films such as “Suicide Note,” which was filmed at FMU, “Honeymoon from Hell,” and “Max,” which was his first major film. Brunetti is currently working on a film, but the title is still in the works. He is serving as the stunt coordinator as well as acting in the film.

Brunetti, on top of everything else, is a father and soon-to-be husband.

“My kids are absolutely amazing,” Brunetti said. “They are very involved. They have been on a lot of sets with me. They come to class with me. My professors have been very indulgent in allowing my kids to come. They take quizzes when we have quizzes and they participate and answer questions. They are involved in every aspect of my life, which helps quite a bit.”

According to Brunetti, his fiancée, Meghan Burgess, is crucial in helping him to juggle his hectic schedule and full plate.

“She is the one who, when I am on the road, makes sure that the kids know that I love them and picks them up from school,” Brunetti said. “She definitely keeps the ball rolling. She is the missing ingredient.”

Brunetti also emphasizes that even though he has been fairly successful in film and television, it has been a bumpy road. Brunetti lost two houses to foreclosure, had his car repossessed and lost custody of his kids. Afterwards, he came to Florence, S.C. He started jobs as an extra on several films, which is how he got his foot in the door. Even then, at one point after starting his career in the film and television industry, he went 11 months without work because his career is a gig-to-gig job.

After graduation, Brunetti is toying with the idea of pursuing his Master’s then Doctorate degrees and, long-term, hopes to potentially teach at a university.