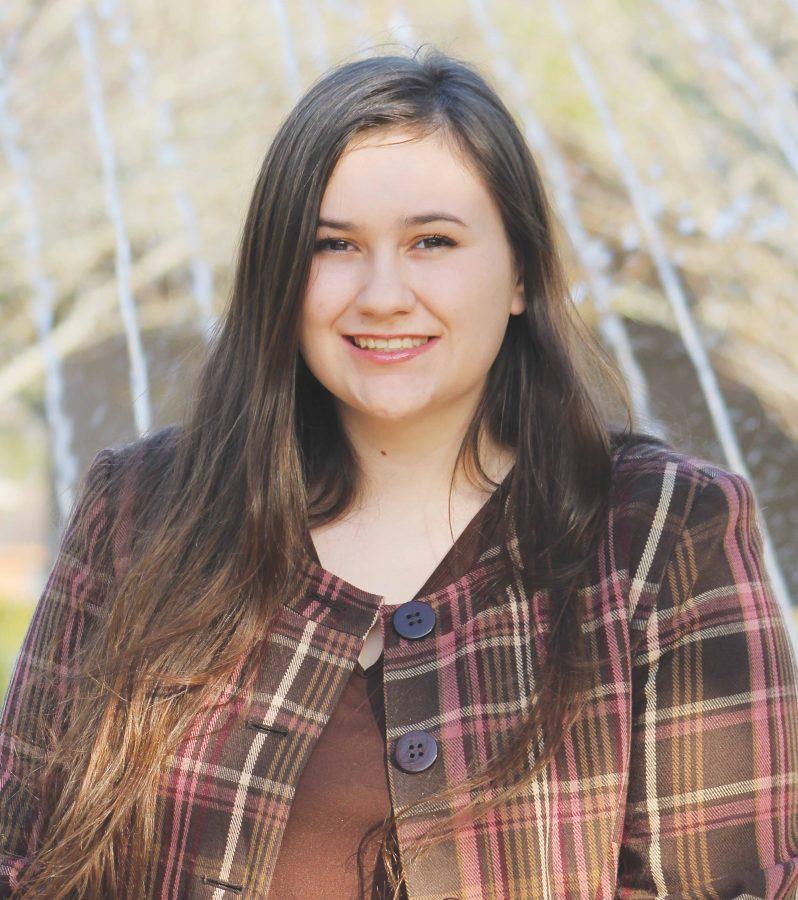 Anna Patton serves as a member of the board of executives for the Foster Care Clothing Closet, providing clothing for children in foster care.

For Anna Patton, going to college and raising her son Isaac means working to beat the odds of being a single mother and loving her son unconditionally.

“There are a lot of statistics about single mothers,” Patton said. “One thing that I want Isaac to take away from my whole college experience is that anything is possible. You don’t have to be a statistic.”

Patton, a sophomore English education major, is an FMU honors student, editor-in-chief of the FMU chapter of the “Odyssey” and an FMU teaching fellow.

Patton said that FMU Honors provided her with community while she has been in college.

“Being in FMU Honors has really given a sense of community because I get to be around the same type of people, and we get to do exciting things,” Patton said. “There’s always something going on. Crazy Dr. Jon Tuttle makes it all work.”

While at FMU, Patton has focused her time volunteering in the community where she can.

Patton has helped with the Foster Care Clothing Closet (FCCC) in Florence, a non-profit organization that provides foster families with clothes and necessities, for the past six months.

“I started in early August,” Patton said. “It hasn’t actually been a long process. When I get involved with something, I get fully involved.”

Patton was elected to the board of executives for the FCCC last month.

“I think that really working with them has made the biggest impact because I’ve gotten to see the impact that has come out of that,” Patton said. “I got to see kids open up presents that we wrapped and eat the cookies that we baked. I’ve got a big heart for that kind of stuff. That has really kept me going honestly. I love to make other people happy.”

Patton said she has found a place in the Florence community through working with the FCCC.

According to Patton, the FCCC has grown from five counties to 13 counties since it began.

“One of the reasons a lot of people don’t foster parent is because the cost to get the kids clothes, school supplies and books is so expensive, and if we can take that away, we would have so many more people willing to do it,” Patton said.

In addition to Patton’s work with the FCCC, she has helped organize “Cure for Collins,” a barbeque and bake sale fundraiser for the daughter of FMU’s School of Education Teacher Licensure Caroline Watts. Watt’s 2-year-old daughter was diagnosed with Leukemia in November 2016.

Patton said FMU faculty and students have been ready to help with the fundraiser.

“So far we’ve had a really good response,” Patton said. “This has been a great reminder of how awesome FMU is. People want to help.”

FMU Teaching Fellows will assist with a fundraiser at Rodger’s Barbeque.

When Patton is not volunteering or working on school work, she is spending time with her son.

“Isaac has kept me grounded, and I haven’t gone off the deep end,” Patton said. “I’ve been on the President’s List every semester because he’s just given me another reason to try my hardest. I cannot look into his little eyes and tell him I’m not giving my all. I’ve got way too much riding on college to fool around.”

Patton said that being a single mom in college has been a challenge.

“It can be overwhelming when I have five or six classes with homework and tests, then volunteer work and then still have that time with him,” Patton said. “I’m doing all of this for him, and I need to make sure I have a relationship with him.”

During spring break, Anna will be one of the honors students traveling to Italy as an honors ambassador. This is Patton’s first time traveling abroad.

“When they announced it, I cried,” Patton said. “People told me I would never make it in college and that I wouldn’t accomplish the things I need to. To have that opportunity coming from a small town and as a single mom, that is a once in a lifetime opportunity.”