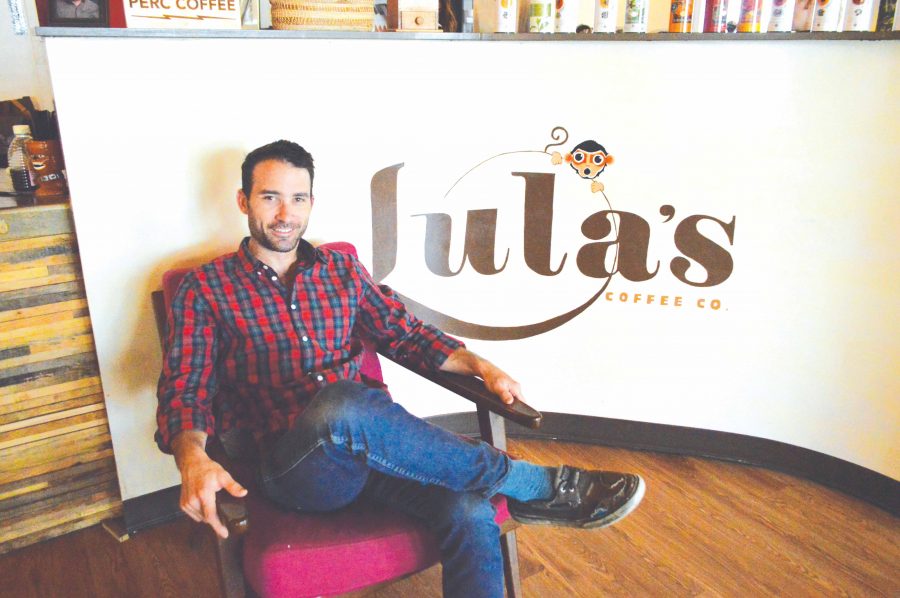 Jeff Felten, a 2010 graduate, has worked at Lula’s Coffee Company since the company’s opening in 2012. Felten started a coffee roasting company after developing a passion for the coffee industry.

After co-founding Lula’s Coffee Company and working as a barista for five years, FMU alumnus Jeff Felton started Batch Nine Coffee, a coffee roasting company out of his love of the coffee industry.

While Felten was a student at FMU, he said he never thought he would be working in the coffee industry. Felten said he majored in business because it was a broad major, and he was not sure what he wanted to do after graduation. However, he said he knew majoring in business would provide job opportunities.

After graduation, Felten helped his friend Tommy Bolger start Lula’s Coffee Co., where he has worked as store manager since the store’s opening.

“Lula’s got me into the coffee business,” Felten said. “When we started Lula’s five years ago, I was not passionate about coffee. I liked coffee, but I was not really a coffee shop junkie. I did not really care a whole lot, but I believed in the mission of what we were doing.”

According to Felten, his job at Lula’s made him fall in love with the coffee culture.

“Over the course of running a coffee shop and being immersed in the coffee industry, I began to fall in love with it,” Felten said. “I have progressed now to buying green coffee, roasting it myself and selling it. I am about as deep into coffee culture as you can get stateside.”

Last year, Felten and friends began looking at the possibility of starting a roasting company.

“We thought about it a while back because we thought it could help Lula’s save money,” Felten said. “Then I just wanted to do that. Not just as a hobby, but as a profession – to become really good at it.”

Felten said he is still learning the process of coffee roasting.

“Honestly, it’s such an intricate process that it’s one of those things that will take a lifetime to perfect,” Felten said. “Literally I am discovering things all the time that I need to know. It only takes 15 minutes to complete, but there’s so much that goes on in that 15 minutes. It is impossible to learn every little nuance of the coffee roasting process like that.”

The name Batch Nine Roasting Company came from experimenting with the coffee roasting process with his friend Jonathan LaCross, a 2016 FMU alumnus.

“We started learning how to roast last spring,” little table top roaster. We were just putting some beans in the roaster trying to make it happen, and we didn’t understand why the coffee wasn’t tasting right.”

After that Felten and LaCross researched the coffee making process.

“After spending a couple of hours on Google, the light bulb kind of just went off,” Felten said. “We finally figured out how to roast coffee and what goes into the roasting process. That was the ninth batch we did.”

Batch Nine’s logo, which features a light bulb, is symbolic of the light bulb moment they had when learning to roast.

Currently, Felten has coffee from Colombia and Brazil, and he will be adding a batch from Ethiopia soon.

“I am a big believer in starting out small and taking a couple of things and doing those things well,” Felten said. “I am going to start with three coffees and do those really, really well, and then add to that once I feel confident in my ability.”

Felten plans to begin selling bags of Batch Nine coffee in Lula’s Coffee Co. by the end of March and eventually begin selling the coffee online.