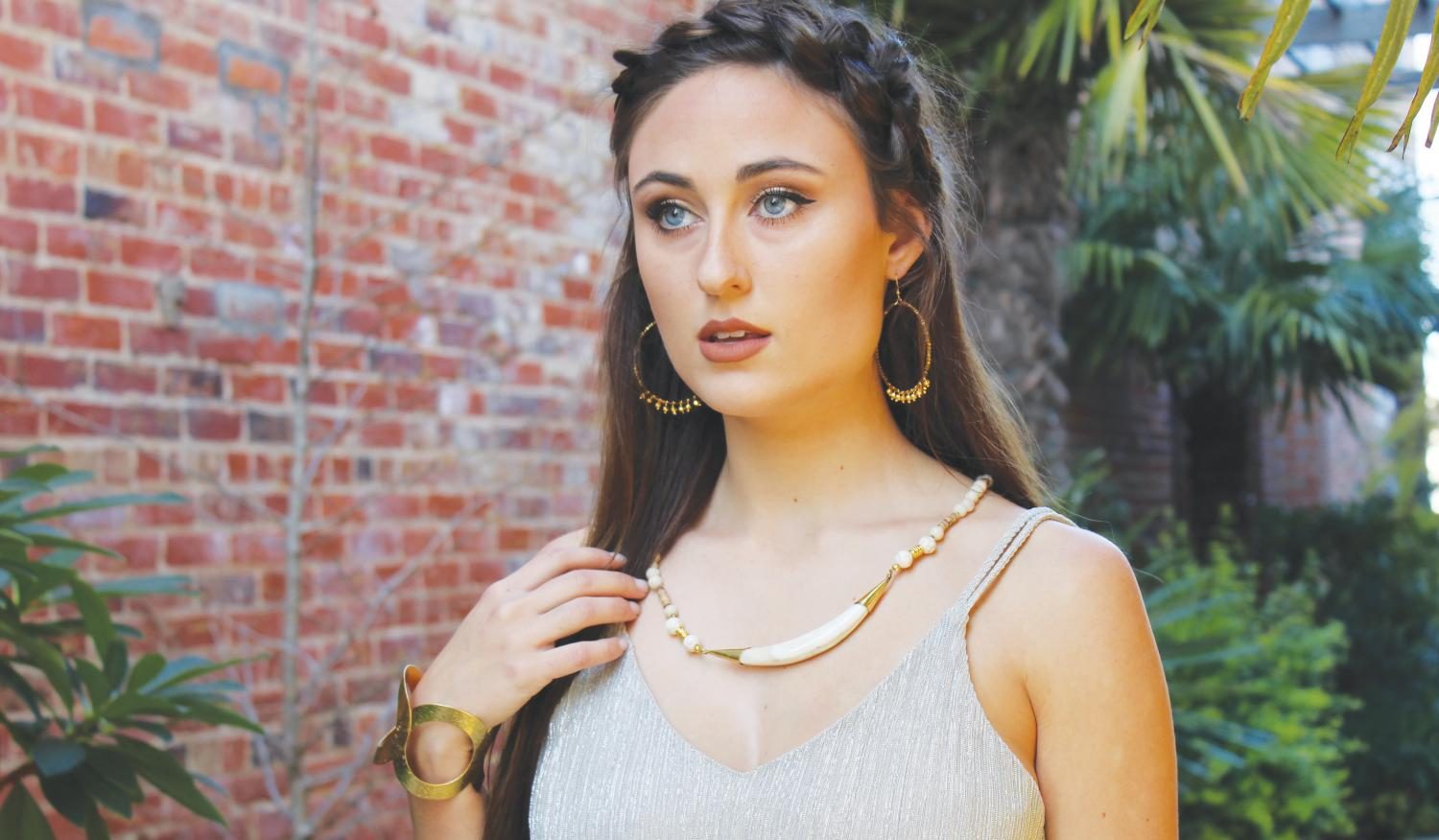 With a love for fashion and photography, being in front of the camera has never been a problem for FMU senior Shaina Bazen.

“I’ve always loved to be in front of the camera – like always,” Bazen said. “I think there’s something different about pictures. They tell a story like nothing else can. There’s always a way to capture something in a different way than it looks.”

Bazen, who is currently a model for So-Lace Boutique in Lake City, S.C., started modeling while she was in high school as a hobby.

“Well, I’ve modeled for a really long time,” Bazen said. “It started when I was younger and we all had cameras.”

While Bazen was in high school, her sister became a photographer, so she used Bazen for practice. This later turned into a job for Bazen.

According to Bazen, when So-Lace Boutique first opened in 2014, one of her friends invited her to take part in a photo shoot.

“It was like second nature to me,” Bazen said. “I’m just very in-your-face and bubbly. As soon as I got there, I was just all over the place – literally.”

Since beginning at So-Lace, Bazen has modeled outfits for its website, social media and advertisements. According to Bazen, she either models for photo shoots in the studio or around town.

“We probably do a hundred outfits at one time if we get them in,” Bazen said. “From the time I get there, I am literally switching outfits the whole time. It’s like going to the mall and trying on an entire store. By the end of the day, I am like please don’t make me switch into another outfit.”

“We find broken down houses and community and graffiti walls,” Bazen said. “We find really cool places we get to take pictures in front of. That gives it more of an artistic spin.”

Bazen actively works at So-Lace two to three days a week in addition to attending FMU as a full-time student.

Bazen has also been featured on billboard advertisements for So-Lace. She said that she did not know that the billboard had been made until after it was finished.

“It was a really proud moment,” Bazen said. “It is only Lake City, but it is still really cool. Me and my mom drove around trying to find it. We drove around for almost an hour looking for it. When we finally found it, we pulled over on the side of the road.”

Bazen posed for a picture with the billboard after finding it with her mom.

“You have to be comfortable with yourself because you have to not be afraid to look stupid,” Bazen said. “That has never really been a problem for me. I do not mind looking stupid in front of people.”

Modeling has given her more confidence and comfort in herself, Bazen said.

“I think that years of taking pictures and modeling has built me up, and I’ve learned how to appreciate the best aspects of myself,” Bazen said.

Although she has gained confidence, Bazen said she still finds flaws in her work.

“I still point out flaws all the time,” Bazen said. “Every time I take a picture, I will be like, ‘I could’ve done that better’ or ‘that was not cute.’”

In addition to modeling for So-Lace, Bazen has also modeled for editorials and photographers’ portfolios. In December, Bazen modeled for a photographer from Colorado who was looking to build her portfolio.

“We went on the beach in Charleston in December,” Bazen said. “I literally had on a bathing suit, and I thought I was going to have frostbite or my toes were going to fall off.”

Though Bazen does not want to pursue modeling after college, she said she hopes to use her marketing degree to continue her passion for fashion.