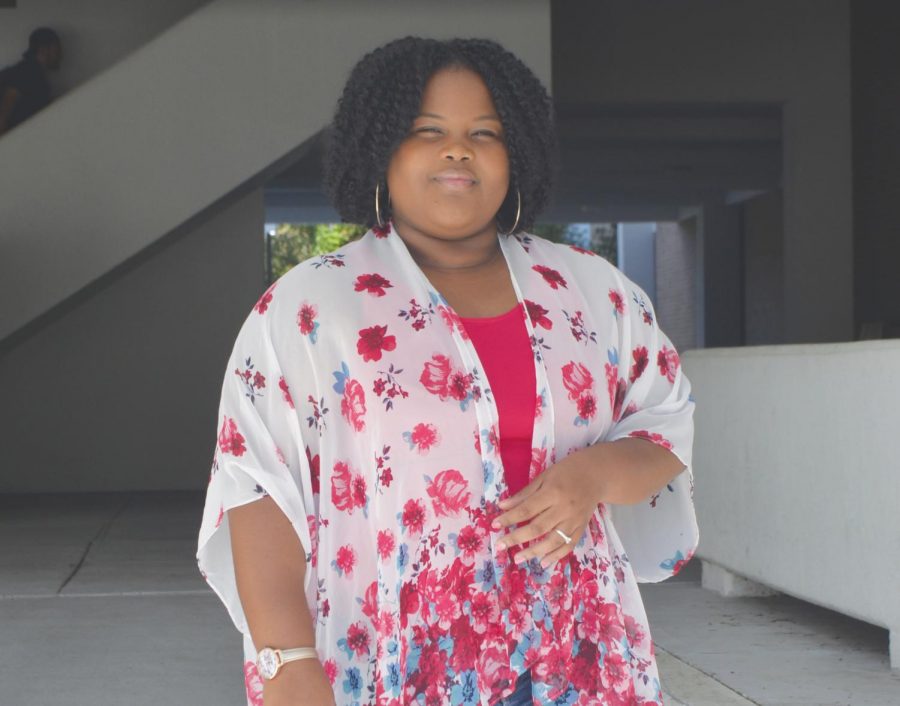 Courtney Hayes, senior, uses her experiences as an Orientation Leader and Diplomat during her career at FMU to help new students make the most of their college years.

For Courtney Hayes, a senior early childhood education major, serving as an Orientation Leader has been a constructive experience during her college career.

Hayes said she initially started her journey at FMU as a pre-nursing major, so she felt comfortable assisting students who wanted to pursue the same major as her.

During summer orientations, Hayes said she was placed with pre-nursing students most of the time because of this, but she also spent time with the student’s parents. She said her favorite part about being an Orientation Leader was her interactions with parents.

When Hayes was with the parents, she said her role was to attend the breakout sessions with them. During these sessions, parents asked Hayes and other Orientation Leaders questions about the university and about each of their individual experiences at FMU.

Stephanie Bosch, coordinator of orientation and admissions events, said the students frequently complimented Hayes throughout the summer, but the parents complimented her more.

“She has a very outgoing and kind personality,” Bosch said. “She always wants to help and makes sure every student and parent leaves with their questions answered.”

Hayes said she was initially rejected as an Orientation Leader when she first applied, but that motivated her even more to become one.

“I was excited about being an OL because I was a first-generation student and I wanted to make sure that the experience I had as a first-year student was given to other students.”

Hayes said after graduation, she plans to stay local for a few years to teach in Florence. She said she plans to go back to school to receive her master’s degree with the hope of becoming a principal one day.