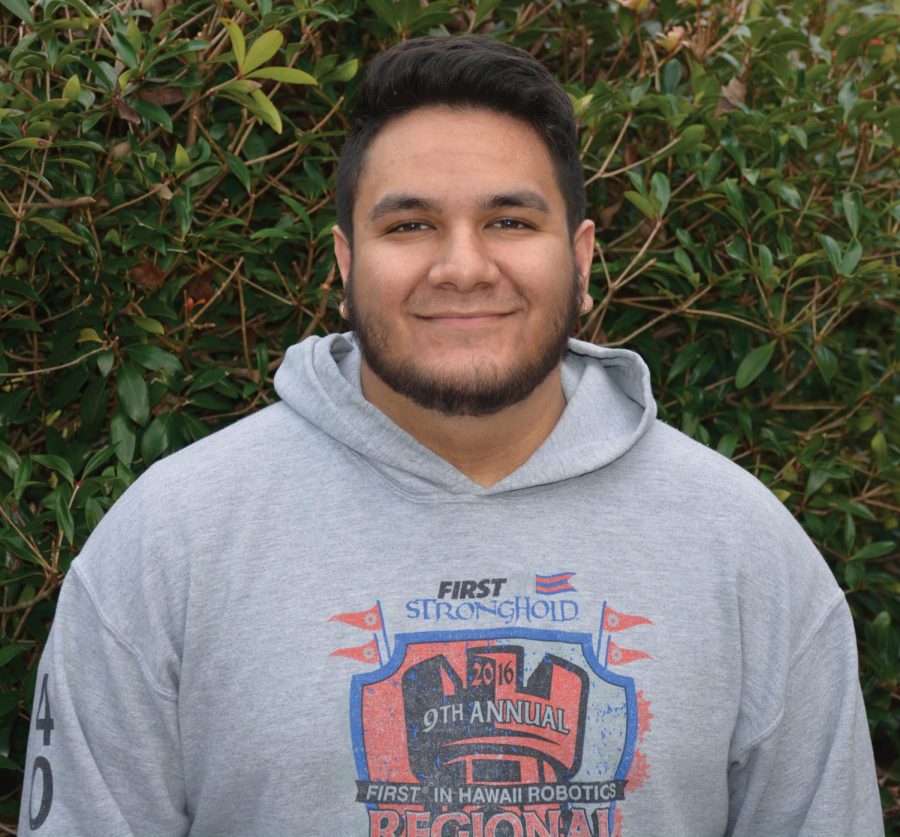 Dante Ahquin, an industrial engineering major, found his passion for engineering on the robotics team in high school.

Senior industrial engineering major Dante Ahquin said he found his appreciation for engineering while he was on his high school robotics team at Woodland High School.

Ahquin was born in Bakersfield, California, but grew up in Ridgeville, South Carolina.

“I started high school not knowing what I wanted to do at all, but I joined a robotics team in tenth grade and that opened up all fields of engineering,” Ahquin said. “It wasn’t until I came to FMU that I decided on industrial.”

Ahquin said his High School guidance counselor encouraged him to contact an FMU representative who came to visit his high school.

“I interviewed on the spot,” Ahquin said. “After that, everything just fell into place. I had previously looked at going to USC and Clemson but none of them had the same human interaction that I experienced here at FMU.”

Ahquin said that although engineering was what interested him most, the math portion of the discipline was particularly appealing.

“I always leaned toward the math part of engineering, so I considered being a math major instead; but then I took an operations research class and I haven’t looked back,” Ahquin said. “I feel like that’s a big part of college and the roles certain classes and professors play in helping you find the place you feel fits best for you.”

“Dr. Renu asked us to turn in what our goals were for our four years at FMU and my answer was to get an internship and do well in the program,” Ahquin said. “He comes back a week later, and he says he has a group interview for us at GE Healthcare. Before I had really gotten into any of the content in my classes I had already gotten an internship lined up, all thanks to Dr. Renu.”

Ahquin has been afforded many incredible opportunities due to his professors’ willingness to help students reach their goals, such as the internships at GE Healthcare and Wyman-Gordon.

“If it wasn’t for Dr. Renu giving me advice or a confidence boost when I was doubting myself or lining up the amazing opportunities from day one, I would not be where I am,” Ahquin said. “Dr. Shields has definitely had a huge impact on my life because, in a lot of ways, we are so similar. He inspires me to pursue things like grad school even if I am worried about my GPA.”

Ahquin is involved in several organizations at FMU: such as the Institute of Industrial and Systems Engineers (IISE), International Domestic Student Ambassadors (IDSA) and FMU Honors.

Ahquin said he enjoys being a part of organizations on campus and the leadership roles he has been able to take, such as becoming the president of both IISE and IDSA.

“I like the leadership place I have with IISE because I enjoyed the opportunity I had in the past when I was just a member and to be the one, along with Dr. Shields, who coordinates all the opportunities for students who are in the same place I was in the past,” Ahquin said. “I enjoy being a big part of the international program because I have been in their shoes when I went on my trip to Germany.”

Ahquin studied abroad in Jena, Germany, in the summer of 2018, which he said opened his eyes to what it feels like to be far from home.

“It was a great experience for me, but I could not have made it through it without the students in Germany who helped me so much,” Ahquin said. “When I got back, I got involved with IDSA to help them with the little stuff, like getting locked out of their room or driving them to get groceries, and just be a friend if they don’t have people.”