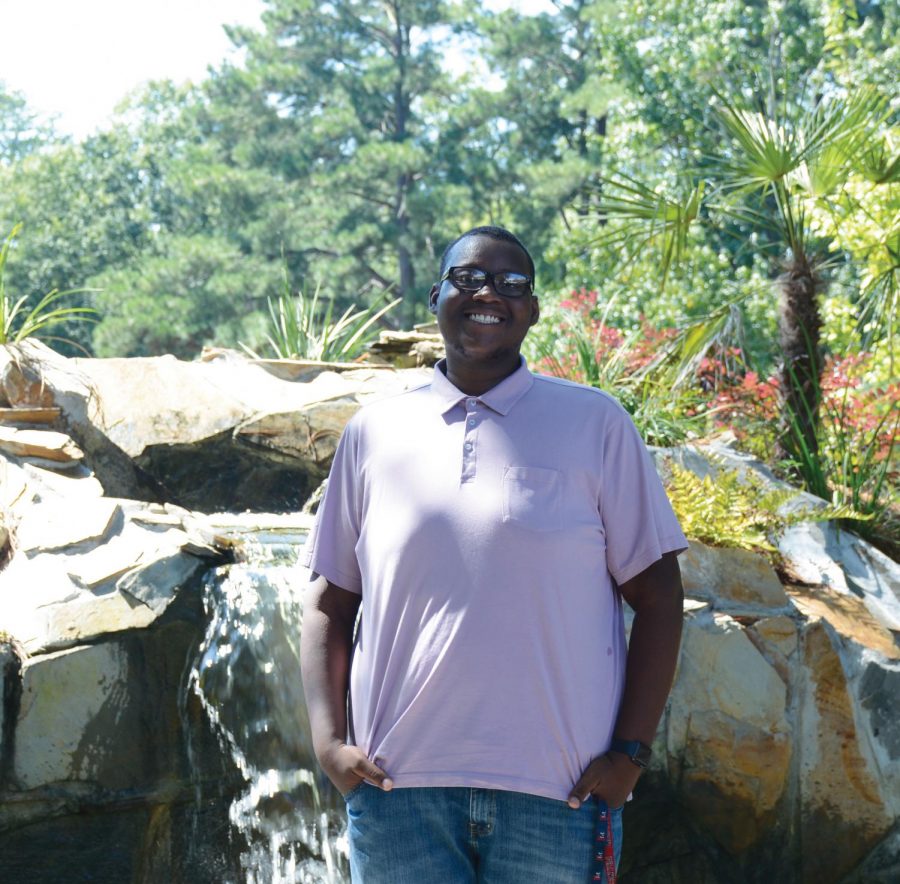 The SGA President, Tymoshio Robinson, has taken advantage of the numerous opportunities FMU has to offer to reach his goals.

FMU’s SGA president and Kingstree, S.C., native Tymoshio Robinson is the first recipient of the BDGP Scholarship from the Felician Center in Kingstree, S.C.

The BDGP Scholarship is a new award for high achieving students who had been through the program before college.

Since freshman year, Robinson has had to provide for himself financially and said the scholarship helped him cover the cost of things he needed for his last year at FMU.

“My college journey, financially, has not been peaches and cream and has not been easy,” Robinson said. “Especially going into my senior year with all these testing fees and graduation fees.”

Although Robinson faced different obstacles in his first couple of years in college, he managed to stay focused on why he was in college.

“I came to college with the mindset of ‘It’s time for me to get my degree, to show the ones coming after me this is what I can do, this is how you do it,’” Robinson said.

Being a first-generation college student, Robinson made it a priority to stand out, get involved and leave his mark at FMU.

“I also came with my own goal of making sure this campus had a ‘Ty’-shaped imprint in it when I left,” Robinson said.

However, Robinson’s first year of college was full of challenges. He said his biggest obstacle was his weight.

His first year of college started out with him being diagnosed with diabetic ketoacidosis, which meant he was a Type 2 diabetic.

“I am one of those people who eat their stress,” Robinson said. “Being thrown into this environment, I didn’t have anyone to tell me what to expect.”

Robinson struggled with managing and adjusting to the climate of college. He struggled both financially and academically.

After freshman year, Robinson said he had to recoup and readjust his mindset.

“I knew that I had to put myself out there more and change the way I was thinking,” Robinson said.

Robinson has been involved in many organizations on campus, becoming the president Intervarsity Christian Fellowship, a Resident Assistant, Orientation leader, FMU Diplomat, executive member of the South Carolina Student Collaborative and member of the FMU NAACP.

Robinson said he felt pressured to get involved in everything he could and at first, had a hard time juggling all his responsibilities.

“I put myself out there too much to where the bars were uneven,” Robinson said. “I had graduated from Leadership FMU, but my grades were suffering.”

Robinson said he had to learn how to distribute himself evenly among all the things he was involved in so that he could be successful all the way around.

“When I learned when to say yes and when to start saying no, it just started to turn around,” Robinson said.

Since overcoming those obstacles, Robinson has lost 150 pounds and been making his mark all over campus by getting involved with the SGA and other organizations.

He started off as an SGA senator his sophomore year, SGA treasurer for the first half of his junior year and SGA vice president the second half.

At the end of his junior year, Robinson was elected to serve as the FMU SGA president.

“My college experience has been fulfilled,” Robinson said. “I think that being elected is the highlight of my college career.”

He hopes to leave the school in a better condition than when he arrived.

As a student worker, Robinson said he has struggled with balancing work, school and finances and he hopes to make some changes to that experience.

“Some specific goals of mine are seeing the minimum wage on campus raised to eight dollars,” Robinson says.

Robinson also said he would also like to see unofficial transcripts free of charge.

Robinson said he’s pursuing a political science major and serving as SGA president to help him achieve his goals.

According to Robinson, his love for politics and public service has given him the tools he needs to enact change on campus and one day in the world.

Robinson will be taking the LSAT this year after he graduates and intends to run for an elected office shortly after.

Robinson said his favorite quote is “He who fears he shall suffer, already suffers what he fears.”