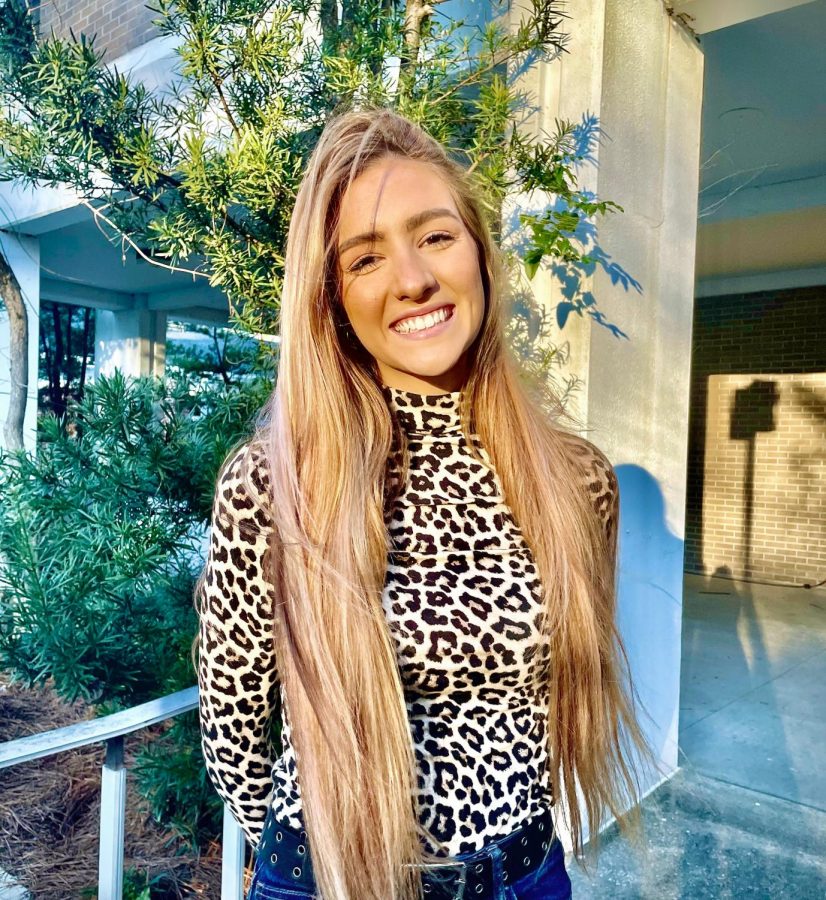 Merissa Taylor uses traveling as a way to relax and take a break from school and work.

Rather than allowing stress to keep her down, Merissa Taylor said she uses it to encourage herself to travel and better herself every day.

Growing up with three sisters, Taylor graduated from West Florence High School in 2019. She did cheerleading when she was younger and continued cheer all the way through school. She also participated in choir the last three years of high school. From constantly being around people and performing, Taylor developed impressive people skills and a love for children.

Beginning her FMU journey as a transfer student from the College of Charleston last year, Taylor is now a sophomore. She decided to major in elementary education and minor in history so she can teach in elementary school as well as in a middle school history department.

Nannying two children inspired her career path. Her experiences in childcare have enabled her to appreciate the meaningful connections that can be created with others.

Taylor also said she enjoys working and traveling. Sometimes, it can be overwhelming, since she is a full-time student, works as a nanny after school and as a hostess at a local restaurant in the evenings. However, she manages her time well and always keeps her grades up.

To relieve her stress, Taylor travels around different areas in North and South Carolina on the weekends when she can. She also enjoys venturing outside of the Carolinas as much as possible.

“I’ve been to Asheville, Greenville and Charleston most recently,” Taylor said.

Taylor said her most impactful trip was an impromptu one to New York after a breakup.

“I’d have to say the most important and biggest trip would have to be when I went to New York after getting my heart broken last summer,” Taylor said

Taylor said she had a friend who had gone to New York for fashion school, but when COVID-19 hit, her friend had to come home. She ended up having to go back to get the rest of her things, so, one day, she suggested  to Taylor that they take a trip to New York. So they packed the car and drove to New York City, stopping in Virginia and New Jersey along the way. Taylor and her friend also went to Washington, D.C., during the trip.

“Everyone says not to travel right now because of COVID, but it was the best time to go because no one was there,” Taylor said. “We drove scooters around D.C. and saw people at the Lincoln Memorial drinking wine and staring up at the monument because this was when the Black Lives Matter protests were going on. It felt like we were in a movie.”

The trip was beneficial for Taylor, even though the world is in a pandemic and she had to return to school after the trip. Going back to reality was difficult, but she is hoping to return to New York in the summer for another get-away from the stress and anxiety of school.