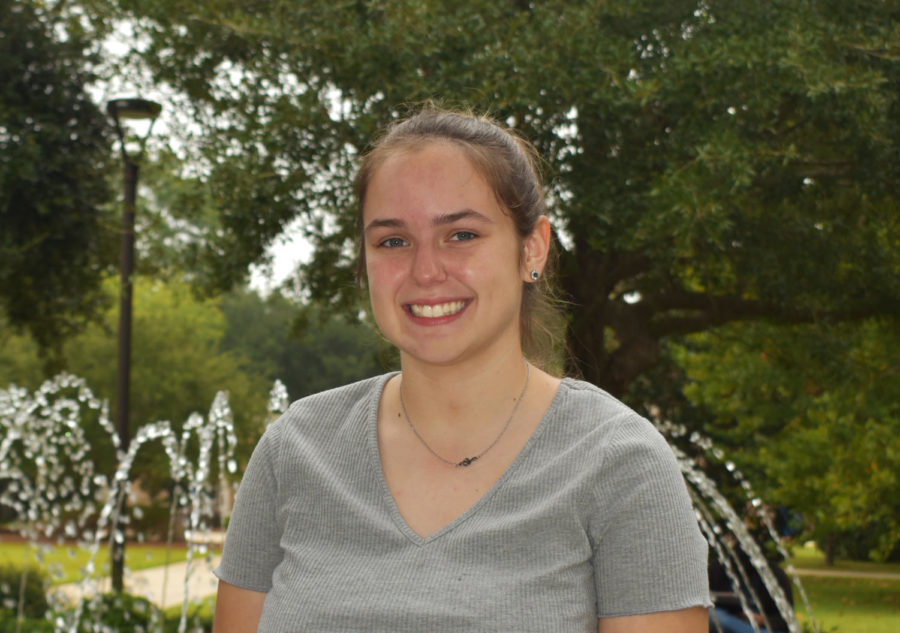 Homeschooled since the start, Elyanna Bauer is excited to experience conventional class settings and make a name for herself.

Elyanna Bauer, freshman supply chain management major, is ready to embark on a new adventure into her college career after being homeschooled her entire life.

“I was terrified for my first class,” Bauer said. “Never being in a classroom setting made me feel more unprepared than most students, but it ended up being easier than I would have thought.”

Bauer’s mother was a high school teacher before having children, and when the time came for them to begin their education, she chose to homeschool them because of the location of their home to the nearest school. However, when she got to high school, Bauer transitioned to virtual schooling and completed her education through the South Carolina Connections Academy so her mother could return to work as a math professor at Florence-Darlington Technical College.

As Bauer began looking for colleges, she narrowed her search to her top three schools: FMU, College of Charleston and USC. Ultimately, she chose FMU because it would allow her to live at home and continue working at the Chick-fil-A Irby, and her father is a biology professor.

“I have a lot of mentors at Chick-fil-A, and they encouraged me to choose a major based on something that I would be good at and would provide for me financially in the future,” Bauer said. “Plus, I plan to own a business one day, and since my major is supply chain management, there’s a possibility for that opportunity to come through Chick-fil-A.”

Upon enrolling at FMU, the honors program invited Bauer to join, so she decided to give it a shot. She said it was well worth it, and the honors classes she is enrolled in challenge her much more than the standard courses that she is taking alongside them.

“I want to learn as much as I possibly can,” Bauer said. “I understand that every day will include new opportunities to learn. Plus, the more that I know, the more I can help other people to learn too.”

So far, Bauer says she loves FMU and finds it easier to learn in a small group of people rather than a class of 200, so the class sizes at FMU have been beneficial to her. She also says she enjoys going to the library on campus to study and do homework, either by herself or with friends.

Since she was homeschooled most of her life and never had to focus on building relationships, Bauer struggles with self-confidence. However, she has been working to build that trait by playing piano, working as a Team Leader at Chick-fil-A and volunteering with the children at her church through a program called Approved Workmen Are Not Ashamed (AWANA).

“One of the turning points in my struggle with confidence was when I participated in a piano competition when I was 13,” Bauer said. “That was basically the beginning of my journey to becoming the most confident and determined form of myself that I can be.”

While Bauer still does not feel like she is where she is settled in her self-confidence, the young student continues to strengthen this trait within herself, and she is hopeful that FMU will give her more opportunities to grow socially.

Throughout the next few years of her career at FMU, Bauer is excited to continue to meet new people and learn everything she can about supply chain management to prepare herself for the future.

“FMU is everything I expected it to be,” Bauer said. “I did not expect to meet so many new people, but that is definitely something that makes me happy; I did expect it to be hard, which it is, but I know that if I put in the work, it will all be worth it.”