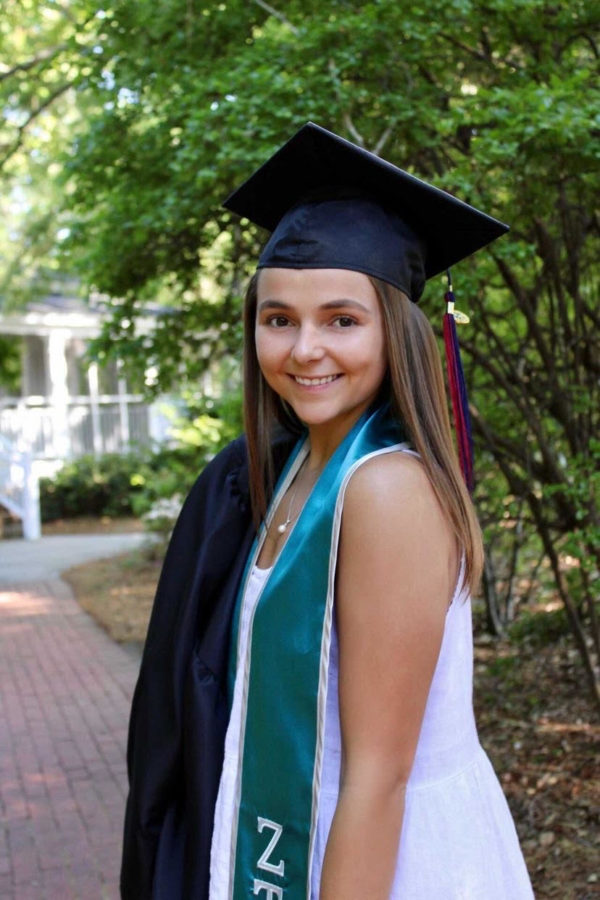 Hayli Keith, once a healthcare administration major, took a much different path for her career.

A recent healthcare administration graduate of FMU, Hayli Keith looks to continue her education in the FMU graduate school while working as an admissions counselor for the university, representing Upstate, SC.

Though she is not technically utilizing the healthcare aspect of her degree, Keith realized a true healthcare administration position was not conducive to her skillset within the professional world.

Keith worked part-time at a senior living facility during her last semester at FMU and acquired a full-time position there upon her graduation. After working there for a while, she realized it was not necessarily what she was passionate about and accepted the role of admissions counselor for FMU.

“I am thankful for my HCA degree, despite not currently utilizing the healthcare aspect of it,” Keith said. “Although the HCA program is clearly healthcare-focused, I still gained applicable knowledge and experiences that have helped me develop as a young professional, as well as prepared me for the work field. A four-year degree is definitely worth the investment, and if I had to do it over again, Francis Marion University would be my first choice once more.”

Keith initially planned to work in health education, but now she hopes to work within just the educational aspect. She is currently helping to recruit students from Upstate, SC, by creating and maintaining relationships with education professionals within the area, sorting through student applications and conducting statistical measurements of students within her territory.

Though she is finding success within her career shift and working toward continuing her education, there was plenty of anxiety in the switch from undergrad to the “real world.”

“Although I felt fully prepared to enter the full-time workforce, the transition was a bit overwhelming,” Keith said. “You see friends a couple years older than you, with their lives seemingly put together, and it looks so simple. On the flip side, you see your friends a couple years younger than you, who still have time to change their paths and maintain lower levels of responsibility. Then there’s you, stuck in this new, life-altering situation, and the combination is an odd situation.”

Keith claims the most stress-inducing aspect of step into the job market involved changing her career path. It was a necessary change, but one that almost felt like a step back. It was a risk she was willing to take, despite its intimidating nature. Keith said having a support system is crucial, as she could have never taken such a risk herself without the people in her life cheering her on.

Keith claims she is content with her life and the changes she made within it and plans to keep pushing herself for more self-improvement, both personally and professionally. She remains thankful to FMU and the impact it had on her life.

“Overall, my four undergraduate years at Francis Marion University have been the best of my life, and even past graduation, FMU has continued to be a focal point in my life,” Keith said. “The chance to work for my alma mater and give back some of the support that was given to me is an opportunity that I am extremely grateful for.”

Keith plans to continue her education with graduate school in the fall of 2022, which will make her a two-time FMU graduate. She will continue her role as admissions counselor in the meantime.