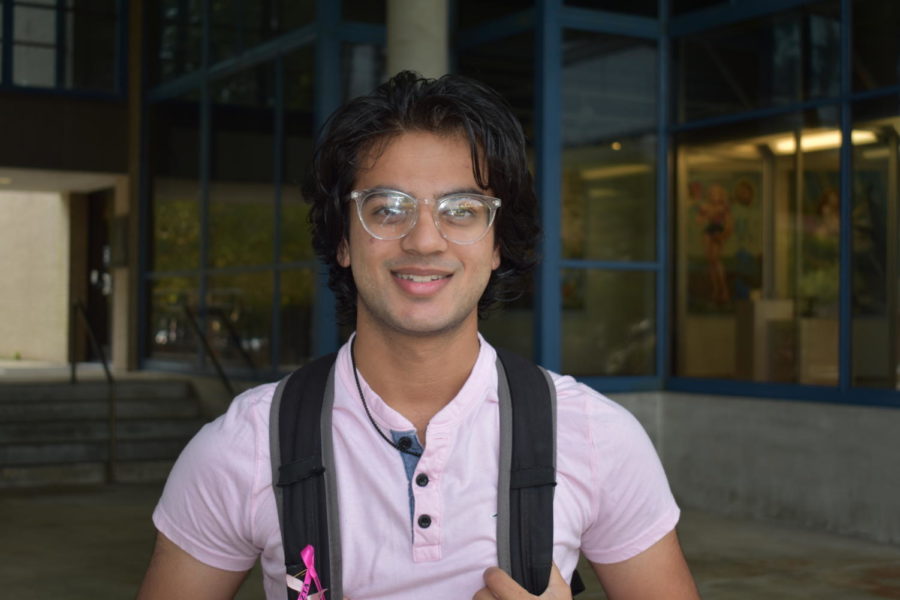 Senior marketing and economics double major, Abhay Patel, holds a passion for acting and hopes to find more opportunities to grow his skills.

After struggling to choose a major because of his interest in everything, senior marketing and economics double major, Abhay Patel, decided to begin pursuing a career in acting so he could play every part.

“When I met with my guidance counselor, I didn’t know what I wanted to do because I had an interest in every field,” Patel said. “That’s how I decided to act. I can play anyone, but it’s all in how I see the character.”

Patel moved to Lancaster, SC, from Chicago, IL, when he was eight years old after his parents decided to buy and run a gas station in the area. When it was time for him to choose a college to attend, he struggled to decide if he wanted to move back to a big city and attend the University of Rochester in New York or stay close to his family and attend FMU. Ultimately, he chose FMU because he heard the school had a great business program, and the tuition was fair.

Growing up, Patel discovered his creative side and enjoyed finding things that allowed him to express himself. While his main goal is to become a successful actor, he is also interested in entrepreneurship and would like to own a bar or club in the future. He chose two majors because economics will give him the knowledge he needs to run his own business one day, while marketing allows his creative side some attention.

Recently, Patel participated in an acting boot camp with former Nickelodeon and Disney stars, and as a result, he was signed to two acting agencies.

“It was honestly one of the best experiences of my life,” Patel said. “Working with people who achieved what I could only dream of and working alongside people who have the same mindset and goals that I do was awesome.”

The acting agencies that represent Patel look for roles he would fit into well and notify him when opportunities are available. So far, he has received a couple of commercial opportunities, but the timing interfered with his school and work, so he had to pass. However, Patel became an extra in the DC Films movie “Shazam! Fury of the Gods,” which will release in 2023. Though he hopes to take on more roles in the future, for now, he is keeping an eye out for more acting showcases to gain more experience.

While his dreams for the future are much larger than FMU, Patel enjoys the time he has here. Living on campus, he is surrounded by his peers at all times. When his roommate and many other students living on his side of the dorms decided to rush fraternities, he joined in, becoming a member of the Tau Kappa Epsilon fraternity.

“My brothers helped me get more involved on campus and opened up opportunities for me through philanthropy and other networks for brothers,” Patel said. “Joining TKE has also really opened my eyes to different personalities and different problems, as well as solutions to those problems.”

As he finishes up his college career, Patel said he is most looking forward to living in a big city if that is where life takes him.

“Whatever I do, I just want to be able to take care of my family in the future,” Patel said. “I just have this drive to do something important with my life and make a change.”