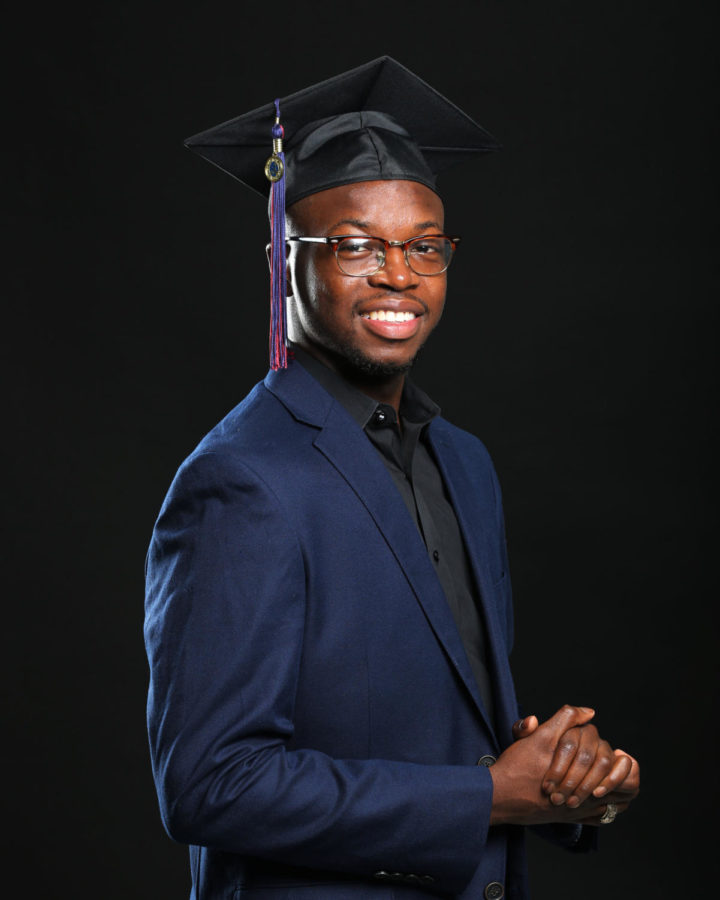 Recent graduate, Kenneth Swaringer, continues to strive for medical school while he works as a pharmacy technician at MUSC.

After having the opportunity to shadow six medical occupations through a Health Careers class offered his senior year of high school, Kenneth Swaringer, a graduate from the FMU spring class of 2021, knew he wanted to become a doctor.

“I have always known I wanted to go to medical school,” Swaringer said. “After experiencing firsthand what several careers in the medical field were like, there were two in particular that I enjoyed more than the others: anesthesiologist and pharmacist. That’s how I knew I wanted to do something that involved working directly with medicine.”

After graduating from West Florence High School in 2016, Swaringer initially wanted to attend the University of South Carolina. However, with the plan of attending medical school in mind, he decided to remain in Florence and attend FMU because of its affordability. He graduated from FMU with a Bachelor of Science degree in biology and a minor in chemistry.

“Science and mathematics have always been my favorite subjects,” Swaringer said. “The biology and chemistry combination tied them together perfectly.”

While he sometimes found his coursework challenging, Swaringer continued to make the dean’s list consistently, an accomplishment that encouraged him to continue pushing forward. He credits some of his success to FMU’s class sizes because they allowed plenty of student-professor interaction.

Swaringer is currently working as a pharmacy technician at Medical University of South Carolina (MUSC) Florence Medical Center while he continues working toward attending medical school. He said he did not think he would ever work in a pharmacy, but he is blessed to have the opportunity to gain experience and learn from the job.

“Working in a pharmacy, especially a hospital pharmacy, allows me to familiarize myself with a large variety of medicines that I will have to use in my future career,” Swaringer said. “As an anesthesiologist, I will have to administer medications to patients that need to undergo surgery, and as a technician, I am working with these medicines every day, learning their uses and understanding the effects that they have on the human body.”

In his free time, Swaringer enjoys playing basketball and football in addition to practicing guitar and piano. He said he has always used music as a mechanism to escape reality and express himself. This was particularly helpful when he hit an unexpected bump in the road during his sophomore year at FMU and began struggling with depression.

“My workload became almost unbearable, and I had reached my breaking point,” Swaringer said. “Instead of reaching out for help from my friends and family, I allowed my feelings to stay bottled up inside of me, but eventually, I turned to music to help me through it.”

In addition to using his music to help him get through school, Swaringer said his family and his girlfriend have been extremely supportive of him and his goals. He is the younger of two children, with his sister also working in the medical field. Swaringer said she has set a great example for him and inspires him to always be the best version of himself.

Currently, Swaringer’s top priority is medical school, but during his schooling, he hopes to get married and continue enjoying life with his girlfriend. She is working toward becoming a dentist while he works toward becoming an anesthesiologist, so he is hoping they will find careers in a city where they can both be successful.

“Ultimately, I thank God for just giving me the strength and the wisdom to continue my studies and strive for excellence,” Swaringer said. “None of this would be possible without Him.”