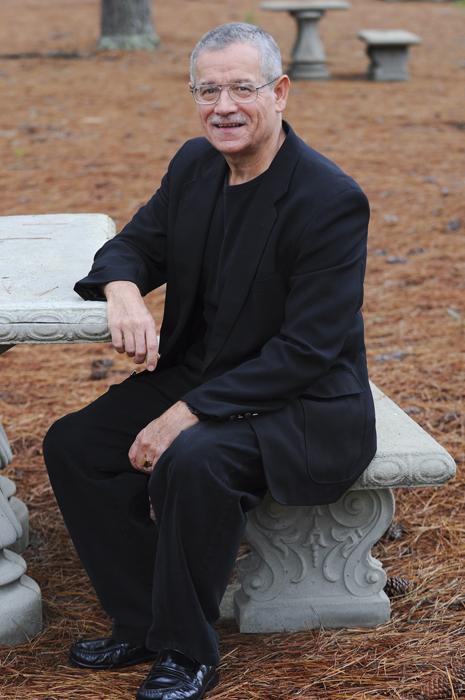 However, he still has not decided whether or not South Carolina will be the state in which he retires, and after spending five and half years living in Hawaii, who could blame him for wanting to go back?

“The weather here is great, but the weather is perfect in Hawaii,” Loewenstein said.

It is definitely a lot different than the weather in his home town of Lansing, Michigan. After graduating with a journalism degree from Michigan State University, Loewenstein could not get a job in that department right off, so he became a social worker.

“The economy was bad then, but being a social worker was good training for learning how to listen to people,” Loewenstein said.

After two years of that government job and another three years of working as a public information executive, Loewenstein realized he would rather be working from a journalist’s point of view, so he went back to reporting for a newspaper.

Loewenstein had also joined the Navy while he was still in college, but after two years and a tour during the Vietnam War, he decided that was not the career of his choice either.

However, he needed a break from the cold Michigan winters, so he took a vacation to the South Pacific, and he liked it so much he stayed.

“It was almost time for me to go home, but it was still December in Michigan,” Loewenstein said. “I decided I didn’t want to go back, so I got a job in Pago Pago, American Samoa.”

He became the editor of a weekly newspaper there and even founded one of his own.

Still restless after a couple of years, he used some of his connections to locate a job on Hawaii’s island of Kona.

“I dropped my things off at a motel and walked to the local newspaper’s office,” Loewenstein said. “It was a holiday, but there was still someone in the office who told me there was a reporting job open. I came back the next day for a formal interview, and they hired me on the spot.”

After two years he was hired as the editor of “West Hawaii Today,” and he stayed another three and a half years there.

But even success and the beautiful weather could not keep him.

“The paper business is enjoyable, but it is still business,” Loewenstein said. “The people in it are in it to make money not to serve the public, so I decided to do something different.”

Loewenstein moved back to his home state and got a job in public relations for a hospital there. He also became the adviser to the student paper at Lansing Community College and an adjunct professor at Western Michigan University where he earned his master of arts in communication.

Amidst all of this, he wrote a book called “Hunting in Michigan-The Early ’80’s.”

“The funny thing is I have never been much of a hunter, and I’m a vegetarian,” Loewenstein said.

However, he did his research by talking to hunters and the audience the book would appeal to, and it sold well.

Luckily, the Michigan winters once again pushed him away, and he ended up at Francis Marion in 2004.

“All of his (Loewenstein’s) experience around the world contributes greatly to the department and the overall education of the students,” Tim Hanson, a fellow mass communication professor at FMU, said.

Loewenstein said he always knew he would end up educating people because he always had been one way or another.

He also had advice for his students who are or will soon be looking for a job.

“Look for opportunities,” Loewenstein said. “Don’t wait for interviews. Take chances. Start your own business. You can do things that aren’t even there yet.”

Even though Loewenstein never had any children of his own, he said he has them vicariously through his students each semester, what he called his “FMU family.”

But, no matter how busy teaching keeps him, Loewenstein always finds time to swim every day. He has been swimming at least a mile a day since he was on his high school swim team. He said it is “exercise combined with meditation,” and when he has a problem or something on his mind, the answer often comes to him while he is in the pool.