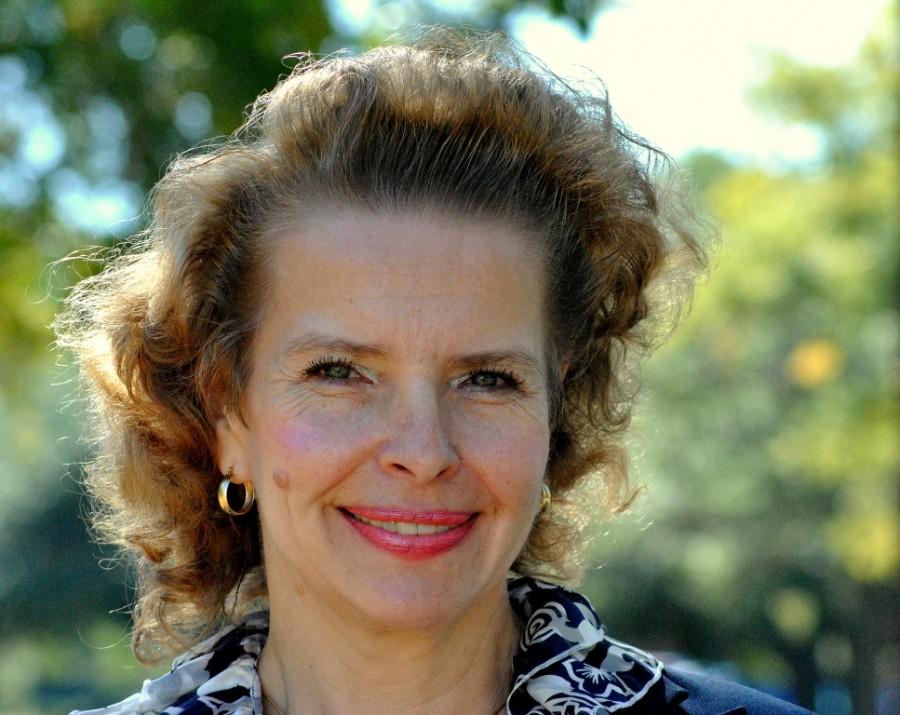 “For me, history is a passion,” Kosmach said. “I love what I’m doing. It’s not just simply an occupation, a way to make money – it’s a passion.”

Kosmach has taught at Francis Marion for four years, following a position teaching world civilization at Wingate University in North Carolina. She came to FMU after being offered an adjunct position teaching European history, and she began teaching full-time one year later. She said that she was glad to be able to teach courses more in line with her field. She teaches Eastern European and Russian history at FMU and specializes in political and diplomatic history.

“I am very happy to be at Francis Marion because I’m really doing what I have been doing for a long time in my life, in this position – exactly my field,” Kosmach said.

While the path to history professor might not have always been clear to Kosmach, her love of history has been.

“I have loved history since I was in primary school,” Kosmach said.

Though she loved history from an early age, she focused academically on English studies. She studied English in primary school, all the way through her undergraduate studies at Cambridge University in England and at Minsk State Institute of Education in Belarus, where she is from.

Kosmach spoke about her undergraduate studies, which took five years, and painted a picture of very intense study. She did not pursue general studies, like students are required to do in the United States, but focused instead in her field. She mentioned spending much more time in class than she might have in an American school.

“Every semester, I took eight or nine courses, and we had 40 hours in lectures each week,” Kosmach said.

After earning a bachelor’s degree in English, she went on to graduate school at the Belarusian State University where she earned her Ph.D. in history. She taught at her alma mater, the Minsk State Institute of Education, after earning her Ph.D., and later at the University of Alberta in Edmonton, Canada, where she taught Russian history.

Kosmach met her husband while she taught in Canada. She gave a lecture on Russian history at an area high school, and was afterward invited to a friend’s (one of the teachers) house where he was a guest. After they were married, she decided to move south and teach at Wingate University because of her husband, who is from Cheraw, S.C.”My contract was extended and it was proposed that I teach in Canada, but my life changed,” Kosmach said.

Since then, history has proved to run in the family. Her husband loves history, and her son, who lives in Belarus, just defended his Ph.D. in history last fall; his specialization is early-American history. The irony has not been lost on Kosmach.

“I think it is interesting that he teaches early-American history in Belarus,” Kosmach said. “He did research here, at Francis Marion, actually. History is our family thing.”

Kosmach explained why she believes history is interesting.

“We (should) know history because it helps us understand the modern world better,” Kosmach said. “It’s very important in my opinion in historical things; we study history to understand the world better. The past helps us to see where we came from. History solves the problem of self-discovery.”

This is the essence of what she wants to teach her students through history.

“I would love to help bring this understanding to my students,” Kosmach said. “I help them in my classes when I talk about European history, Slavic history. My purpose is to help them understand other cultures better.”

Kosmach has brought understanding to others also through several publications. She has published two books on foreign policy regarding U.S. foreign policy toward Yugoslavia, and she is currently working on another. The first two books span from 1943 – 1980, and Kosmach looks to bring her studies forward through the 1990s.

Kosmach traveled last year to present at a conference in Belgium with Associate Professor Dr. Mary Louise Nagata, who also presented. Kosmach presented on the subject of Communist morality and the notions of private life under Soviet Premier Khruchev from 1953 – 1964.

She is currently working on a project that will provide insight into Russian foreign policy toward China and how that policy has been reflected in the Russian press. She will present her findings at a conference for the American Historical Association for the Advancement of Slavic Studies in Las Angeles, Ca., this Nov. 17 – 21. She has presented yearly since becoming a member of the organization, and plans to continue to do so.

She also plans to continue loving her job as a professor.