Professor tells how she got her first job 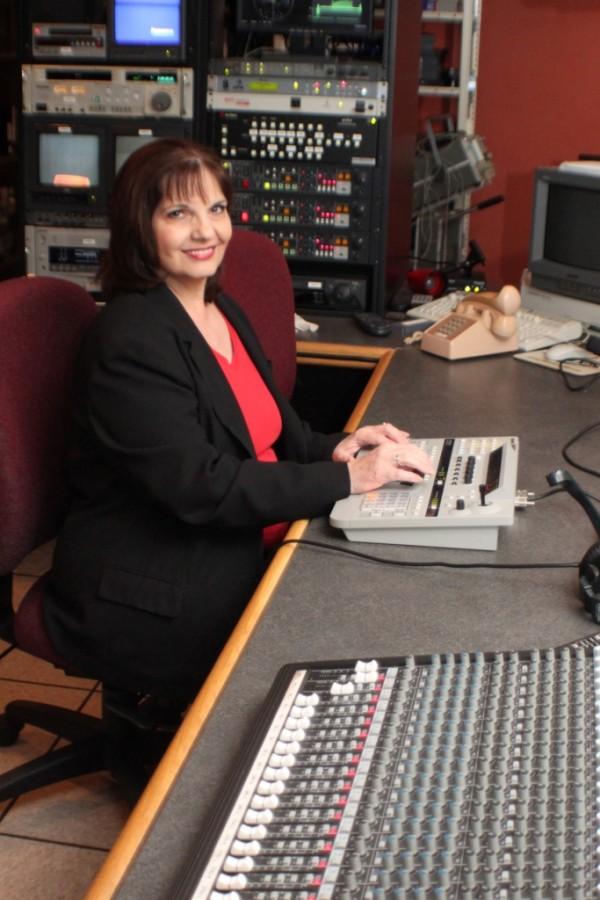 Many college students fear not being able to secure a job after receiving their diploma. Associate Professor of Mass Communication Maria Lundberg had to jump this hurdle herself when she graduated from the University of Oklahoma with a master’s degree in journalism.

“By the time I finished my degree and was ready to start working, there were no jobs to be found any place,” Lundberg said.

As a result, she took an available job with the State Department of Education as a communications writer and coordinator.

“A year later, I got a phone call from the (television) station where I had interned saying that they had an opening if I was interested, and I jumped at it because I still had a passion to work in broadcasting, so that’s how I got my first job,” Lundberg said.

She stressed the importance of students in any major completing at least one internship prior to graduation. Lundberg said that, when applying for jobs, a graduate who has worked as an intern has a major advantage over other graduates who have the same grades but have not worked as interns.

“An internship led to my first job, and I have had many, many students who have gotten their first jobs directly as a result of the internship that they did while they were still in school, so I think it’s a huge plus,” Lundberg said.

Lundberg landed her first journalism job at an NBC station in Oklahoma. She worked behind the scenes writing and producing stories and series for one of the anchors. She then moved to a smaller station where she worked as an anchor and reporter.

“I really love working in front of the camera, especially because I’ve gotten to go to some wonderful places as a reporter and meet amazing people that I know I never would have met otherwise,” Lundberg said. “It’s just been a great eye-opening career to get to learn about so many things. Every day is different, and you learn something different every day.”

Due to her husband’s job transfer, Lundberg left her on-camera job and moved to North Carolina, where she worked for a year as a middle school teacher at a public school.

Lundberg then inter-viewed for and secured a job as a reporter and producer for North Carolina Public Television. During this time, she traveled to numerous places to cover a variety of topics.

“Probably one of the more fun assignments was when I got to go to London and do a series of stories when American Airlines first started flying nonstop between Raleigh, N.C. and London, England,” Lundberg said. “I got to go on that very first flight and do a story about it. It was a whirlwind, but it was fun and exciting to be able to have that opportunity.”

After becoming tired of traveling so much, Lundberg started freelancing before she accepted a teaching position at Saint Augustine’s College in Raleigh, N.C., where she taught for five and a half years.

“I love that I’m able to give back to my profession by teaching people who want to follow in my footsteps and go into the same career field,” Lundberg said.

An opening in the Mass Communication Department at Francis Marion University caught Lundberg’s eye and drew her to the campus.

“When I came and interviewed at Francis Marion, I was so impressed by the positive atmosphere and by the fact that everyone was so friendly,” Lundberg said. “It seemed to be such a positive environment for learning, and I was just extremely impressed by the people I met and by the overall feeling on campus.”

Lundberg was offered a full-time position and began teaching broadcast courses at FMU in 2007.

Tim Hanson, her colleague and the interim chair of the Mass Communication Department, said that he thinks Lundberg is an asset to the department.

“I think Maria’s students appreciate the fact that she is the genuine article – someone who has spent years as a working professional in broadcast journalism and who knows exactly what students need to learn,” Hanson said. “I know I’m impressed by the fact that Maria still regularly writes, produces and hosts television packages that air on North Carolina Public Television. She’s wonderful to work with and absolutely essential to our department.”

In addition to her broadcast-specific courses, Lundberg is also teaching the Introduction to Mass Communication course this semester.

Last year, Lundberg also played a hand in getting the Student Media Association started back. She has been serving as the organization’s adviser ever since.

“I have great students, and I love when they keep in touch after they graduate and let me know where they are and what they’re doing,” Lundberg said. “It makes me feel good inside, like I played a little small part in helping them to be successful in what they chose to do.”