Professor hopes to make a difference for her students 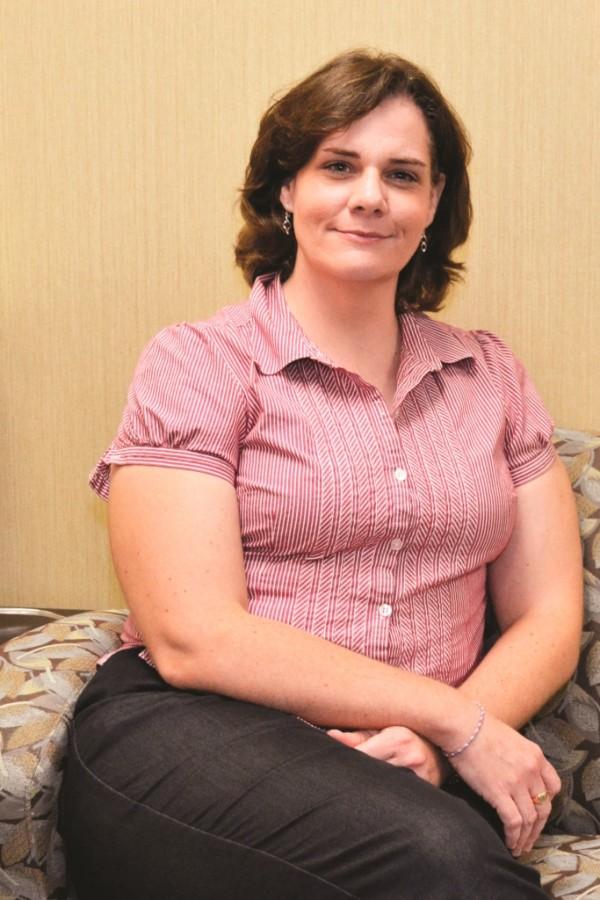 Associate Professor of Political Science Dr. T. Alissa Warters didn’t contemplate the thought of teaching until after she became a teacher.  An interest in politics and history began at a very young age, but it was an in-between teaching job where she learned of her love for teaching.

Warters was born in Rock Hill, South Carolina as a preacher’s kid.  As a child, her family followed the ministry, so she found herself living in various places.  She received her Undergraduate and Master’s degrees in political science from Virginia Polytechnic Institute and State University.  Unsure about tackling a Ph.D. degree, she took a job in a much different environment than the large research university atmosphere she had experienced.  She began teaching at High Point University in North Carolina.  High Point University is similar is size to FMU.

“I realized, while at High Point, the students came in and talked to you and you made connections with them and, what dawned on me was that I can make a difference in peoples’ lives,” Warters said.

Dr. Warters earned her Ph.D. degree in political science from the University of Tennessee. Thus began the successful teaching career that Dr. Warters said is a rewarding feeling.

Warters joined the FMU faculty (or family, as she called it) in 2004. Aside from teaching, she is involved with other groups on campus like the Honors Program and College of Liberal Arts Committee.  She serves as the director of the Robert E. McNair Center for Government and History, which provides a multitude of resources for students and the area.
“I can make a difference, not only through what I am teaching, but how I present myself, how I live, and especially as a woman, in an academic world that is filled with men,” Warters said.
Her connectivity resonates with students in a way that results in an engaging, entertaining and successful education.
FMU Graduate Hope Wofford is still talking about Warters three years after graduation.

“I took (Warters) for an Honor’s Seminar class on Presidential Families, and her passion and knowledge of that specific topic was amazing,” Wofford said.
Mass Communication Junior Jessica Wright said that Warters has made an impact in her life.
“(Warters) was always willing to help when we didn’t quite understand the subject.  She made learning political science a little easier for me to grasp,” Wright said.

Warters said it feels good to hear the praises from former students.

“You put in a lot of hours, so it makes you feel good that it is working and that it’s paying off and that students appreciate it,” she said.

She credits her style of teaching to one she learned as an undergraduate.  She said it was then that she learned that students are still forming an opinion of politics during the ages of 18-20.  She cited this as the reason that she doesn’t release her bipartisan stance.  She said she finds a casual, relatable, more conversational style of teaching effective for her students.

“On top of that, I want us to value the voting process, so I encourage my students to vote,” Warters said.  “That’s why I spend time at the beginning of each class (discussing current events).  If that encourages (the students) to get more involved in the process, then I have done my job.”

And as for college students, they have a job as well.  She encourages students to get involved in campus life and make the most of college.

“Get involved.  Get to know people and different backgrounds,” Warters said.  You’re going to leave here a better person and more mature.”
She said she urges them to make college years count because she looks back on her college experience and they were the highlight of her years.