Harding returns from sabbatical in Germany 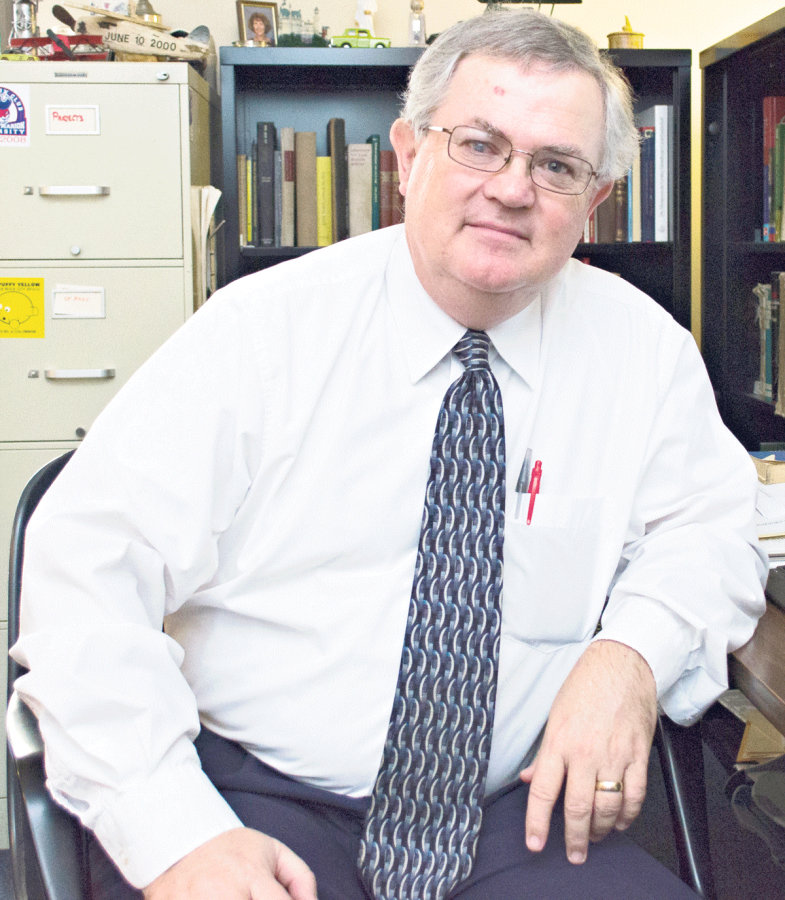 Professor of German and Coordinator of Modern Languages Dr. George Harding has recently returned from a sabbatical in Kaiserslautern, Germany after participating for nearly seven weeks in the Atlantic Academy.

The Atlantic Academy is a group that is interested in American culture, politics and business.  While in Germany, Harding learned how academies work.  There are two types: government (DeLinder) and religious organizations.

Harding explained that he served as the liaison between South Carolina and Germany as the unofficial representative.

He travelled to several German high schools and taught programs from two to four hours about South Carolina history, geography and southern culture.

Harding also worked with the German American library by finding outdated material and culling books that are not as helpful to studies as others.

He presented at a conference marking the 150 anniversary of the start of the Civil War.  According to Harding a participant represented a paper on how the civil war is remembered by the South and South Carolinians.

Harding said that the Trans-Atlantic partners and the Atlantic Academy have a strong connection to South Carolina in Koblenz Laundau University.

Such programs and the study abroad program are diverse options, according to Harding.  He said that the students selected include a freshman, sophomore, junior and a senior.

Harding added that students can receive three credit hours for participating in a short or long term study abroad program and that the price is an estimated $3,000.

Harding thanked President Carter for making the international program a much better one.

Harding explained that such programs help students experience the world.

“In ’66, I went as a student one summer to Switzerland on a high school program. Those six weeks really opened my eyes to the world,” Harding said.

When he was a senior he went to Germany for the first time.  He returned with his parents to see his brother who was stationed there during Vietnam.

He mentioned that he lived in a lot of southern states, but had never ventured out into foreign countries before then.  Harding explained what people learn when they experience a foreign country.

According to Harding, students often study abroad more than once.  He added that it looks good on a resume if a student has studied, travelled or lived short or long term in a foreign country.

Junior John Guest, majoring in Spanish with a minor in German, explained that although he does not have the time in his schedule to study abroad, he believes it is a great opportunity (the German program in specific) and has lived in Europe.

“It’s a great way to learn the German language first hand,” Guest said.  “You learn the culture first hand.  You get to see the nice sights and enjoy the festivities.”

Harding said that a foreign language major is good for teaching, but has also helped previous students get jobs with banks and the military.

On the subject of teaching, Guest described Harding as a good professor.

“Dr. Harding really knows how to teach the class,” Guest said.  He keeps it very entertaining; he has a great sense of humor and he’s never boring; He explains thoroughly why one word translates into another word.”