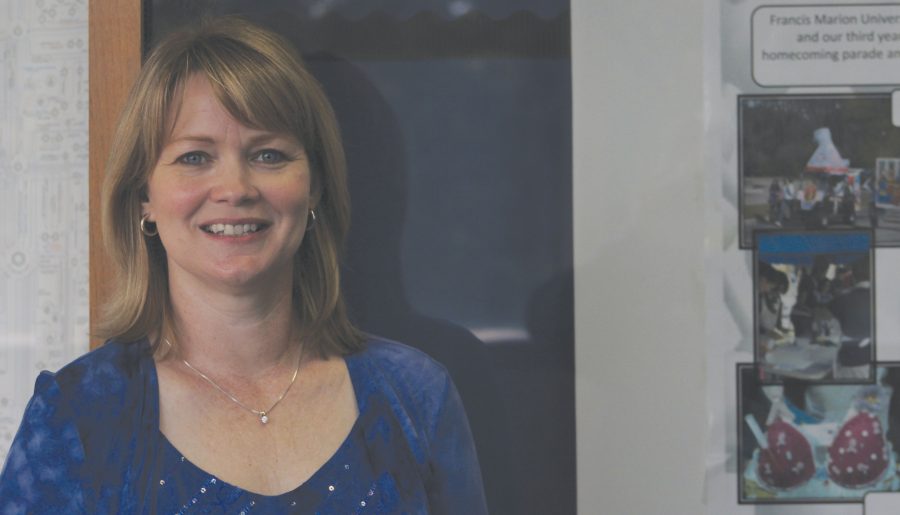 Dr. Jennifer Kelley leads students and other professors each year to the annual Southeast Regional Meeting of the American Chemical Society since 2009.

Dr. Jennifer Kelly, a chemistry professor, has shown her dedication to FMU students by applying for grants to take students to the same chemistry conference each year since 2009.

The Southeast Regional Meeting of the American Chemical Society is an annual conference held in different locations each year. When Kelley first became involved, the conference was in Puerto Rico, which prompted her to apply for some extra financial assistance.

“I started applying for a QEP grant at that point and then started applying for the REAL grant when it changed names,” Kelley said. “I believe my motivation in 2009 was the fact that the meeting was in Puerto Rico, and I thought ‘That’s going to cost a few dollars.’ That was the first one I got, and I thought ‘Oh, they actually gave me the money to do this. Let’s do it again.’”

Each year, Kelley applied for the grant, and each year she received the funding. She recently enlisted the help of Dr. Jessica McCutcheon, a fellow chemistry professor. Kelley said she hopes another professor would know how to apply for the grant if there’s ever a year that she is unable to.

Depending on the location of the conference, Kelley said she can sometimes only take a few students, but other times she can take more. The trip to Puerto Rico only had a few students attend, but the 2016 conference was in Columbia, S.C., allowing 18 students to attend. The largest group Kelley said they’ve taken is 22 students. Each year other chemistry professors accompany Kelley and the students to the conference.

Not only did Kelley help the group receive funding to go to the conference, but she also worked behind the scenes organizing the conference with the American Chemical Society (ACS).

“It’s kind of like nerd camp in a way,” Kelley said. “You go and it’s like, ‘Oh wow, all these people are kind of interested in the same things that I am,’ or they have something that’s so cool and so different. You get to see some of the really new science things that people are thinking about.”

As Kelley has been going to the conferences for the past seven years, she said the luster of it has worn off a little bit, but another aspect of going on the trip has made the work just as fulfilling.

“It’s always the students’ response to it that keeps giving me the energy to keep planning this trip over and over again,” Kelley said. “For the students, it lets them see how broad chemistry is. It does envelope several subjects. You’ve got math, physics, biology, chemistry. All of that stuff comes together in terms of research, and so I think it’s such an eye opener for them.”

Kelley said she sometimes is in contact with her former students, and if the conference ever comes up, usually the student talks about how memorable it was. One year, the group met a famous National Football League football player, and several students were excited to see somebody they knew of.

Kelley said the success of her students is what keeps her coming to work each day, even on the days when it’s hard to get out of bed.

“It’s the students that really keep me going,” Kelley said. “I’ve had days where I’ve just been in such a horrible mood, and then I’ll go and teach lecture and that positive attitude from them comes over, and it’s not such a bad day after all.”

Kelley came to FMU in 2004 after receiving her Ph.D. in chemistry from the University of Illinois at Urbana-Champaign. During her time working on her Ph.D., Kelley said she worked mainly in biochemistry since she had a background in biology from her undergraduate degree. She’s served as the faculty advisor for FMU’s chapter of ACS for several years, and received the ACS Volunteer of the Year award for South Carolina in January 2016.