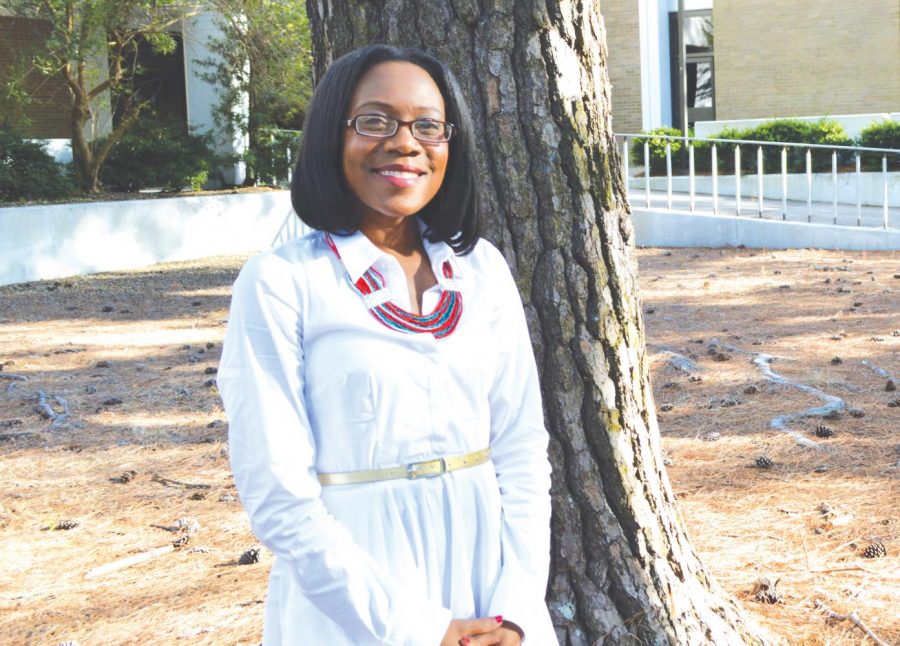 Dr. Erica James is a psychology professor at FMU. James plans to conduct a research project studying the use of FMU mental health services by minority students.

In her third year at FMU, Dr. Erica James has managed to balance her responsibilities as a psychology professor and coach of FMU’s dance and cheer teams while continuing research inspired by her experiences as a minority student. However, James said specializing in psychology has not always been a part of her plan.

“I really loved that part, and I loved what she was doing,” James said.

James came to FMU for her master’s degree, and she said her time here was the best educational experience she ever had. Her work as a teaching assistant in the psychology program pushed her to become a professor herself, she said.

“I felt like they wanted to groom us into colleagues,” James said.

James pursued her doctorate at the University of Georgia, and after completing the program, she was hired by FMU as an associate professor. According to James, she was glad she chose to attend FMU and alter her career path.

“I can honestly say I like coming to work,” James said. “I like that every day looks different, and that’s always been really important for me. Whatever career I wanted to go into, I knew that I wanted variety.”

During her time as an undergraduate student at the College of Charleston, James said she was heavily affected by stress, but, despite majoring in psychology, she did not seek treatment.

When her stress increased while working on her doctorate, James said she began to wonder if her colleagues had sought treatment through therapy. She said she found most of them had not.

“There are a lot of people who say ‘Oh yeah, therapy is great,’ and when you ask them if they’ve ever used it, they say ‘Oh no, that’s not for me,’” James said.

“I’m interested to see how that looks, especially because we are now at a majority minority with our population,” James said.

According to James, once the study is approved, students will be able to participate in the study through the psychology department’s Sona System, an online research portal. James said she hopes to begin gathering data this semester.

Aside from teaching and researching, James added more by taking on the role of head coach for the cheer and dance teams at FMU.

“This is, to my knowledge, the first time we’ve ever had an official FMU dance team,” James said

According to James, the dance team started out as a student club. The team performed at a few basketball games in previous seasons, James said. This year, she said the team is scheduled to perform at every basketball game.

James will also be entering her first year as the coach of FMU’s cheer team.

“I’m tired by the end of day, but the students give me energy,” James said.

However, James said teaching remains a top priority and has always been a big part of her life. Even as a child, James said she frequently helped her older brothers with homework, and she volunteered to tutor middle school students during her time in college.

James said despite hearing from some students that her tests and courses are too hard, she finds it rewarding when students later remark about how much they learned from her classes.

“They’ll appreciate it later, and that’s what matters the most to me,” James said.