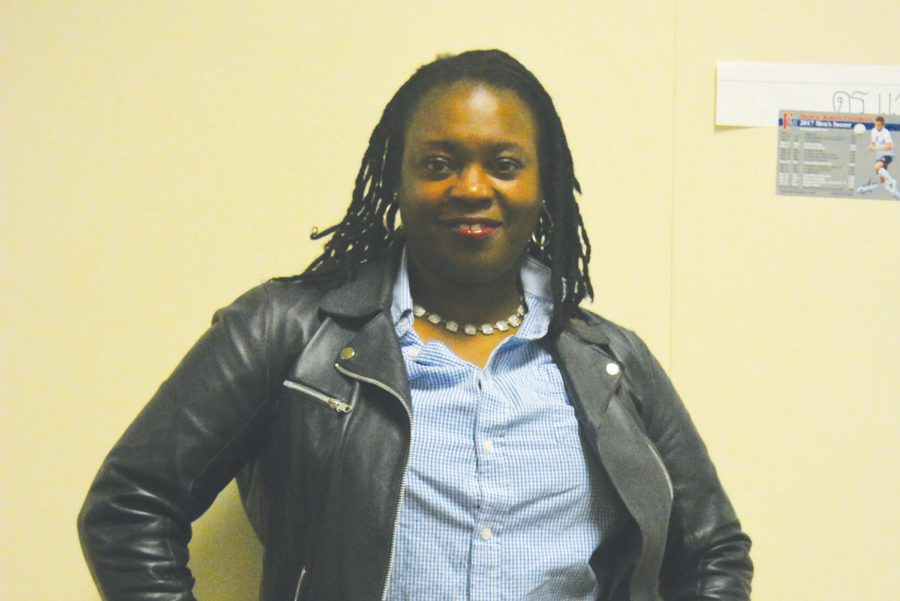 As an avid world traveler, Associate Professor of English Dr. Jacqueline Jones has used her love of teaching and literature in the classroom.

Jones decided to apply for the Fulbright Program to teach English abroad, and was accepted into the program during the 2010-2011 academic year.

Jones said she had a friend from Santa Clara University, who started libraries in villages in Africa, which influenced her decision to apply for the Fulbright program. During the application process, Jones applied to go to either the Ivory Coast, Cameroon or Burkina Faso and was selected to go to Burkina Faso.

During her time abroad, Jones taught English courses at Ouagadougou University in Ouagadougou, Burkina Faso, such as a survey of American literature course.

“Every 50 students shared a book in my course,” Jones said. “They organized themselves into groups and the groups would choose one leader and that person would meet with me.”

Jones said even though there were not many books, the students were dedicated to learning.

Jones’ students would walk her to class, carry her briefcase and buy chalk for the classroom. After teaching in Burkina Faso, Jones said she became more frustrated with students in the U.S. because the students do not take advantage of opportunities as they do in Burkina Faso.

Jones also said she had a better quality of life while living in Burkina Faso.

“I don’t like living in the U.S.,” Jones said. “You’re expected to work all the time, and people are too focused on materialism. I had excellent medical care and excellent food. Yes, it was 125 degrees. Yes, we occasionally lost power, but I had a house keeper and a cook. I lost 25 pounds because there were no chemicals in the food.”

Jones focused her research on lesser-known members of the Harlem Renaissance, such as Harold Chapman and Gerri Major, a female journalist who wrote for magazines such as “Ebony” and “Jet” magazine.

“I’m a really good researcher, and I just like digging through newspapers,” Jones said.

In the classroom, Jones said she loves teaching English 250 the most and hopes to encourage students to take a love of literature beyond college.

“A few years ago, at graduation President Carter said, ‘if we do our jobs well, we create lifelong readers,’” Jones said. “I took that to heart, and that is how I teach.”

Jones chooses writers for her coursework she believes a college graduate should know.

“Everything I choose is canonical,” Jones said. “I know I differ from my colleagues, but for many students, this is their last opportunity to learn literature.”