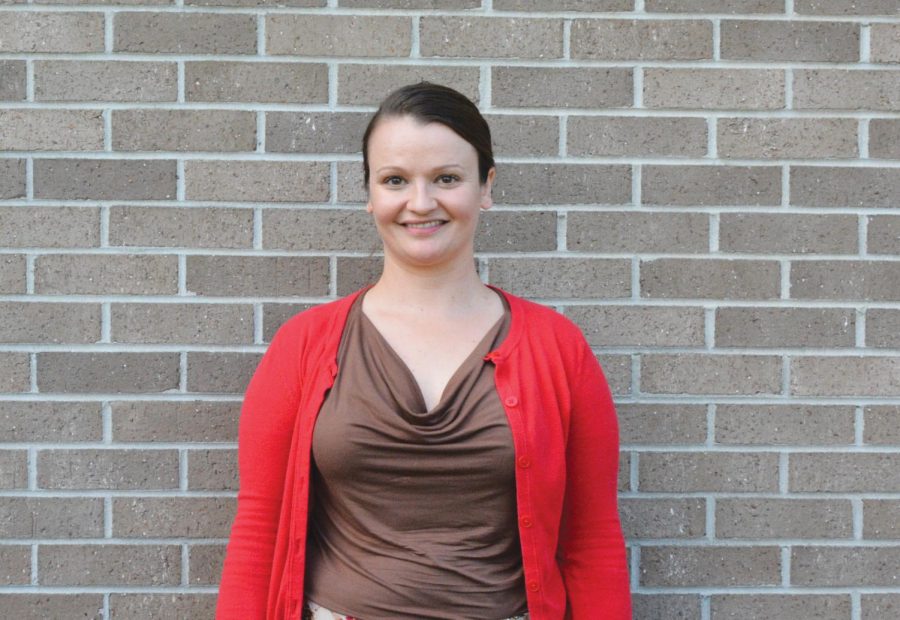 Kylie Miranda enjoys having languages as a form of expression after an injury in her ballet career let her to pursue a different profession.

With a background in both Spanish, French and medieval studies, professor Kylie Miranda recognized that she would be a perfect fit as FMU’s new modern languages instructor.

Miranda said she began teaching ballet at the age of 15 and learned French in high school because she felt it was expressive like dance. However, an injury led her to consider other careers, so she decided to pursue her interest in French instead.

“I was taking ballet, so I wanted to learn French because that’s the language of dance,” Miranda said. “After I got injured, I thought, ‘well, I have to do something with myself,’ so I started to study French seriously, and then I got into Spanish because it’s such a useful language in this country. When I realized there was such a thing as medieval Spanish, I thought, ‘I’ll study that too.’”

However, Miranda had experience teaching before she decided to pursue her career as a language instructor.

“I didn’t come into teaching late,” Miranda said. “When I lived in Mexico, I taught English for six months, and then I taught ESL (English as a Second Language) for Rosetta Stone for seven years online. Then, when I lived in France, I taught at a high school. So I’ve been teaching off and on since 1995 but full time since 2008.”

As an animal lover, Miranda’s research focuses on animal imagery in medieval literature, particularly the ways in which the language and culture place significance on animals through imagery and representations of them to convey meaning.

“I mostly study animal representation in literature and in imagery within manuscripts,” Miranda said. “For example, like in medieval French, there are a lot of fables, and all of those rely on animals pretending to be humans, taking on the imagery of humans. Now, I’m working on my dissertation, and it focuses on medieval animal representations found in New World writings, like Christopher Columbus and how did he describe animals or Hernán Cortés and why he described animals the way he did.”

Additionally, Miranda said as America inherited many representations of animals in literature, she examined how the original representations were viewed at that time and how they are interpreted now.

Aside from her research, Miranda said she has discovered from her experiences that it is important, especially for students, to understand cultural similarities and differences to adapt to new cultures when traveling abroad and welcome foreigner to their own country.

“I think it’s important, especially in a country like the U.S. where you have different people from anywhere and everywhere, to be able to acknowledge that their culture is not the same as ours, but at the same time still worth embracing,” Miranda said. “Like when I moved to Louisiana, that was a culture shock because on the West Coast we don’t say good morning, just hello. When I’d say hello to people, they’d get upset, because they’re like ‘no, you say good morning; that’s the proper way to say it.’ I had no idea I was offending people, so to me it’s incredibly important, depending on where you live, that you try to acquire those skills, but if you can’t live there for whatever reason, it’s important to try and learn about them. So that if you do get there or somebody from that country comes here, they feel welcomed or you’re able to be welcomed to that culture a little easier.”

This being her first semester, Miranda said she plans on working with the department’s International Conversation Tables events to help students improve their conversational skills and feel more comfortable with the language. She also wants to implement a series of podcast covering various topics to give students more exposure to the language, while assisting with the development of a study abroad program in Spain.