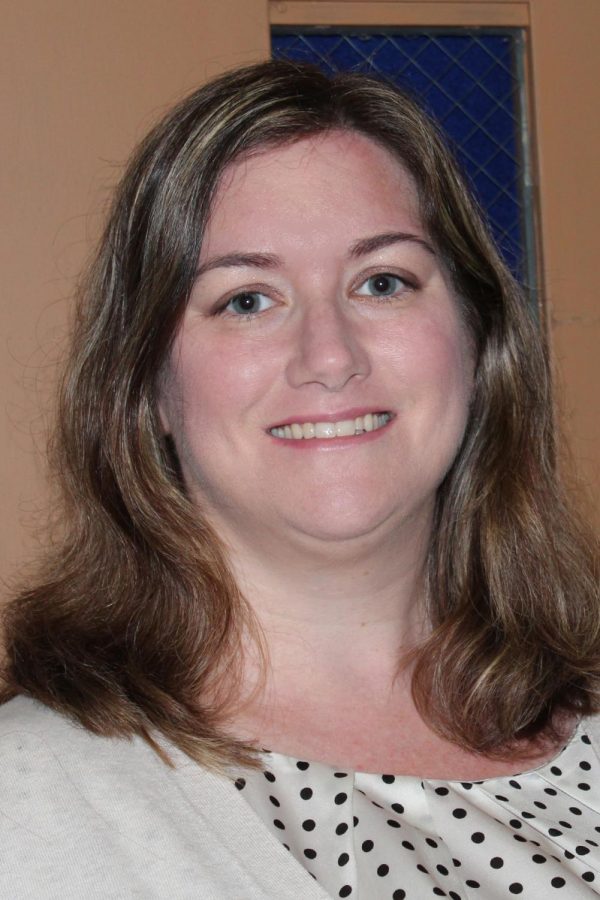 Associate Professor of Sociology Jessica Burke has used her time as a professor to share her passions and research skills with FMU students.

Burke didn’t always plan on being involved in the sociology field. As an undergraduate student, she was a psychology major, but realized she also had an affinity for sociology, which became her minor.

“I took one sociology class and I realized that was my passion,” Burke said.

Similarly, she never planned on a career in teaching, and in fact, avoided it.

“For the longest time, I did not want to teach,” Burke said. “I was scared to death of teaching.”

Burke immediately went to school for a master’s degree after getting her bachelor’s and came to FMU just after she received her Ph.D. At graduate school, Burke said she did a lot of professor-related work. She also managed a survey research center at Kent State University.

While in graduate school, Burke participated in an assistantship to help teach a lab on SPSS, software for statistical analysis.

“I realized ‘I actually do like this and I actually can do this,’” Burke said. “I discovered I really liked teaching and that led me down the career path to become a professor.”

For her dissertation, Burke compared same-race and interracial relationships to see if psychological distress was different in the relationships.

“I kind of thought that being in an interracial relationship could be very stressful,” Burke said. “There’s backlash from society still. Also, family and social support tend to go down. I also found that discrimination does increase.”

However, she said she found there is usually not much of a difference between the mental well-being of these groups. She said Asian people who date other Asian people tended to have slightly better mental health than Asians who dated non-Asians.

Burke also published her first book chapter on how interracial couples are viewed culturally and some of the language that people use when discussing interracial relationships.

“I looked at some of the terminology used in the media to discuss interracial relationships,” Burke said. “It’s more of a short chapter that discusses how interracial couples are viewed culturally.”

Burke, whose work focuses on social psychology and mental health, said she particularly enjoys teaching her Honors mental health class and her survey and methodology class. She said she likes to focus on these areas when teaching, but that she also likes teaching new students.

“I like my intro class,” Burke said. “It can be pretty cool because you talk about everything in sociology. Of course, there are some topics I like more than others, but overall I like my principles of sociology class too.”

Burke said she has many areas of interest when it comes to her research, but that her attention has shifted recently.

“My main research focus now is domestic violence,” Burke said. “I really enjoy teaching it and my research is really starting to move toward that area. I’m kind of moving away from researching interracial relationships and into domestic and family violence.”

Burke said she will be publishing an article in the spring about hate speech and political violence. She also has articles under review about the inter-generational transmission of abuse in families and parenting practices.