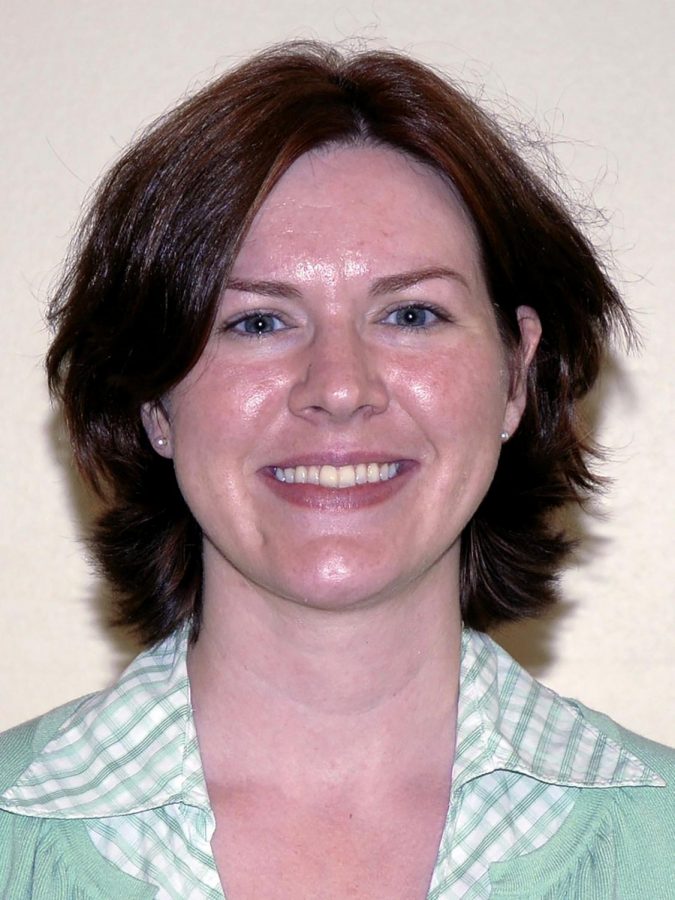 As a school psychologist, Hill-Chapman has been able to study and carry out research on interesting yet personal topics.

For Crystal Hill-Chapman, associate professor of psychology, becoming a professor has allowed her to pursue her desire to teach and explore the explanations that the field of psychology has to offer for topics she finds both personal and fascinating.

Hill-Chapman knew she wanted to teach from an early age because of her interest in people and because of the difficulties children with disabilities face.

“I’ve known I wanted to be a teacher since I was 16,” Hill-Chapman said. “A lot of that comes from my background: I grew up with a brother who was intellectually impaired and had a disease called neurofibromatosis, and he also had childhood cancer, and I saw my family adjust to him. Growing up with a sibling who’s ill and doesn’t learn as quickly as everyone else puts a different spin on your life. For me, my goal was so that kids like him didn’t have to struggle.”

Originally, she majored in early childhood education, but after taking several psychology classes that she enjoyed, she decided to switch her major to psychology. However, she said this decision was unusual because all her other siblings majored in engineering, math or business. But after working in an accounting office for a while, she knew that kind of work was not for her because it lacked opportunities to interact and connect with others.

After she changed majors, Hill-Chapman said she eventually found the career path that best suited her.

“When I was doing my student teaching, I had a lot of students coming in and using me as a kind of sounding-board and expressing that to the people here in psychology,” Hill-Chapman said. “So I met with the program director at that time, sat down and tried to get a feel for school psychology work because it wasn’t on my radar. I felt that was a really good fit.”

Hill-Chapman also said she wanted to do school psychology work because it involves keeping children out of special education services who do not need to be there. She said a lot of them get pigeonholed because there might have been a lack of intervention early on. Because of that, she wanted to work from a prevention standpoint. After she earned her B.A and her Masters of Science in Applied Psychology from FMU, she earned her Ph.D. in philosophy from Texas A&M University.

According to Hill-Chapman, after earning her doctorate and finishing an internship, she was able to return to FMU as a school psychologist and become coordinator of graduate studies in school psychology.

“FMU is home, and I wouldn’t be here today if it wasn’t for FMU,” Hill-Chapman said. “I’ve worked at A&M, Baylor and other places as an instructor, and the same commitment to students isn’t always there at those bigger universities. They knew what I could do here; they saw that in me and pushed me.”

This semester she is teaching a graduate-level internship seminar for school of psychology students; an academic intervention course for children and adolescents with reading problems, and its associated practicum; and a pre-professional practicum that serves as an introduction to school psychology.

Hill-Chapman said that even though she is involved with clinical work, she does not have any issues keeping her morale up. She said part of that comes from remembering to practice self-care and setting boundaries.

According to Hill-Chapman, one area where she sees the viability of her field of study is how it can shed light on the effects of the crisis at the border, where children’s development is being disrupted and harmed.

“One of the things we know from developmental research is that a secure attachment is one of the most important developmental aspects a child can have,” Hill-Chapman said. “It affects their outcomes tremendously in terms of mental health, behavior and physical health; it affects the whole child, if you will. We have a disorder called reactive attachment disorder, and what happens when you take children away from their secure attachment figure for long periods of time, they can look behaviorally and emotionally distraught and it can affect them long term. What we’re doing now is separating children, which we know is not good in terms of attachment, which we know bodes very poor outcomes.”

In addition to the work she is doing this semester, Hill-Chapman said she would like to teach behavioral genetics and pediatric psychology courses again. And, if everything works out, she would like to carry out a research project with Wilson High School and Wallace Gregg Elementary School about the effect of peer tutoring as a way to circumvent the teacher shortage using a protocol to teach both math and reading.

When not working on research or with students, Hill-Chapman also enjoys reading literature by authors who deal more with character analysis than plot, like Virginia Woolf, and biographies.