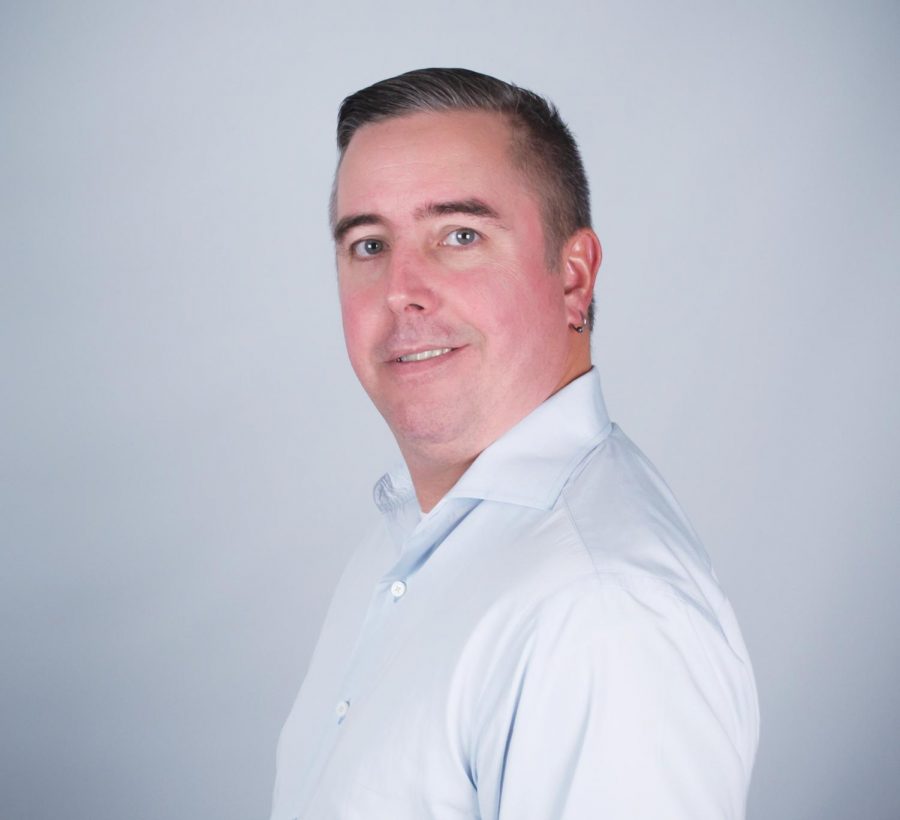 Almeida, assistant professor of political science, never thought to teach, however, he realized he enjoys it.

For Richard Almeida, assistant professor of political science, choosing to teach at FMU was an easy decision.

Previously residing in Rhode Island and Massachusetts, working at FMU allows Almeida to be close to his family and do what he loves.

“I began here in the fall of ‘07,” Almeida said. “In 2003 or 2004, my mom and stepdad moved to Myrtle Beach. That Christmas, my wife and I drove down from Missouri to spend Christmas with them. We came through Florence and we stopped at the light at the edge of campus. I remember looking at my wife and saying, ‘Hey, there’s a little college here. Wouldn’t it be funny if they were hiring when I was on the job market?’ And then three years later, yeah. So that’s my FMU story.”

Almeida explained that most political science professions require national job searches, which he had to complete after finishing his doctorate. FMU showed interest in him and it was a practical, appealing option for his family.

Almeida described his transition into working here as smooth because the FMU faculty is astonishingly amiable. He spent five years as a faculty member at a similar institution in Southeastern Missouri prior to coming to FMU, so he had a fair amount of professional experience when he began teaching. He believes this made the transition less difficult.

In college, Almeida started his studies as a biochemistry major but finished his bachelor’s degree as a political science major.

“I always loved the sciences,” Almeida said. “I wanted to be a medical doctor, but I was not a very mature young person, so I did not exactly excel in my studies in the sciences.”

After graduating with a bachelor’s in political science from the University of Massachusetts, Almeida worked as a computer programmer. However, it was not a job that he enjoyed. So, he decided to go back to school.

He explained that during this time, he didn’t have a firm sense of what he wanted to do. He was in the process of getting his master’s at the University of Memphis and working as a teaching assistant when he realized that he enjoyed guest lecturing and teaching. After his masters, he went on to pursue his doctorate at the University of Missouri-Columbia. His doctorial research focused on the process by which lobbyists choose coalition partners, meaning that he built mathematical models that showed how these people chose who to work with.

“I never considered being an educator,” Almeida said. “When I was working as a teaching assistant the professor was like ‘choose three days when you want to do a guest lecture.’ The very first time I taught a class I was like ‘This is kinda cool, I think I could do this. I kinda like this.’”

Almeida taught his very first class 22 years ago and has been a full-time instructor for 18 years now. This is his 13th year at FMU. His favorite part about being a professor at FMU is the difference the institution makes in students’ lives and the community.

“This institution makes such a huge difference in the lives of our students and of this community,” Almeida said. “FMU alumni are business leaders, educators, healthcare providers-everything. I take a lot of pride in how much the education that we help provide really makes the lives of so many people better. That’s something I think just about everyone here takes a lot of well-deserved pride in. This is a very special place in that regard.”

If Almeida was not a professor at FMU, he would most likely be teaching somewhere else. When he is not teaching, he enjoys spending time with his wife and 4-year-old daughter. He also loves to read, cook and travel. While he does read academic writings for work, he prefers to read science and math history, fiction and spy novels. He balances work and his personal life by staying at work for as long as necessary to get what he needs to do done, this way work doesn’t interfere with his personal life. He refers to it as a strict “work and not work” balance.

Almeida hopes that after people meet him, they find interactions with him to be helpful, productive and mildly entertaining. His advice to students is to get out and see the world.