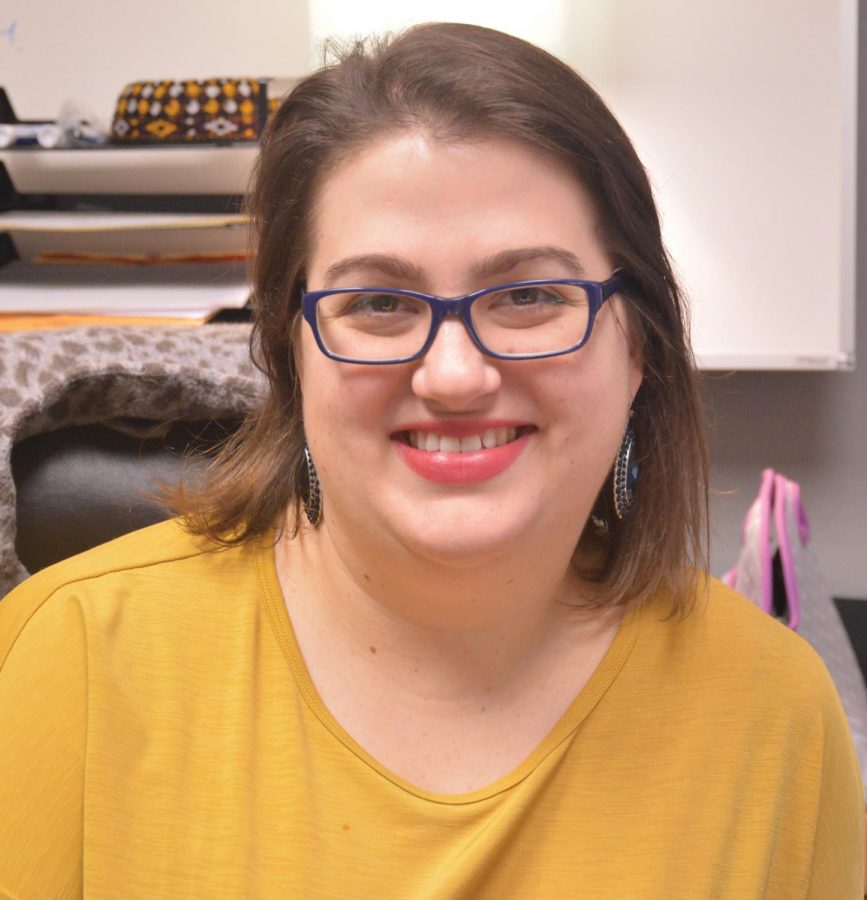 Titanski-Hooper, assistant professor of geography, loves to discuss diverse contexts with her students.

As an assistant professor of geography, Jennifer Titanski-Hooper enjoys enabling students to understand and discuss political issues in diverse contexts, helping them appreciate the divides between people as well as the countries they come from.

“One thing I try to get students to understand is that politics is not just politicians, or political parties or governments,” Titanski-Hooper said. “Politics is involved in almost everything because it’s influenced by our identity and everything that we do – the way that we see the world. We spend a lot of time talking in class about how every person, culture and community is going to see and experience politics in a different way. So, even though we hear we’re living in a very divided society, I try to make everyone feel comfortable expressing whatever their opinion is. The real goal is to be able to express that opinion, backing it up with facts.”

According to Titanski-Hooper, she has been interested in geography and teaching since she was an undergraduate. She majored in education with a minor in geography at Lock Haven University of Pennsylvania, where she took classes in cultural and political geography and became interested in the idea of how geography influences politics and culture and how they in turn influence geography. With the encouragement of a couple of her professors, she went on to pursue it for her graduate studies, earning her master’s from West Virginia University and her Ph.D. from Pennsylvania State University.

Titanski-Hooper’s research focuses on issues in Eastern Europe, specifically Croatia. She said she became interested in researching this region because she spent two months teaching in a private school in Croatia’s capital, Zagreb, as a part of her education degree. Later on, as a Fulbright Scholar, she spent a year studying in Croatia for her doctorate.

“When I first went there to teach, I had known, really, just about the war; and then I started to learn about all these other questions about the European Union and how that was going to affect their culture, their political structure,” Titanski-Hooper said. “For my Ph.D., I looked at questions of identity, belonging. What does it mean to be Croatian and does that fit within this broader idea of the European Union?”

According to Titanski-Hooper, as she worked with the people there, she learned about the ways in which Croatians responded to joining the EU and how they felt it would impact their cultural identity.

“Thinking about how politics affects us every day, I wasn’t meeting with politicians or government officials; instead, I was working in farmers’ markets,” Titanski-Hooper said. “I wanted to understand how people who were selling in those farmer’s markets were experiencing becoming a member of the EU, because for them, it wasn’t about culture necessarily. It was about new health and safety regulations and new tax regulations they had to adapt to; and it was going to put some of them out of business.”

Titanski-Hooper said directly engaging with people who were dealing with these political and cultural changes has informed her research and her teaching.

“If you’re going to be someone in a social science who does research with people, you want to understand where they’re coming from even if you disagree,” Titanski-Hooper said. “Having that experience of living in a community for a year and trying to understand their struggle and perspective, was really helpful in terms of thinking about other projects but also about teaching. This is something we talk about in class, that most people are trying to do the right thing, so even if they disagree with you, it’s not a question of trying to change them or prove them wrong, but to understand where they’re coming from and find that compromise where you can. That experience definitely taught me a lot about how to negotiate. It’s about understanding both arguments and making the more informed decision.”

Titanski-Hooper said she has enjoys teaching at FMU and being able to utilize her research in the classroom. Since she attended a small school as a first-generation college student, FMU has been a good environment for her to work. She has also been involved with the National Model UN program as a co-coordinator. She said this opportunity enables students to see how political and geographical issues represent themselves in different countries and to understand them.