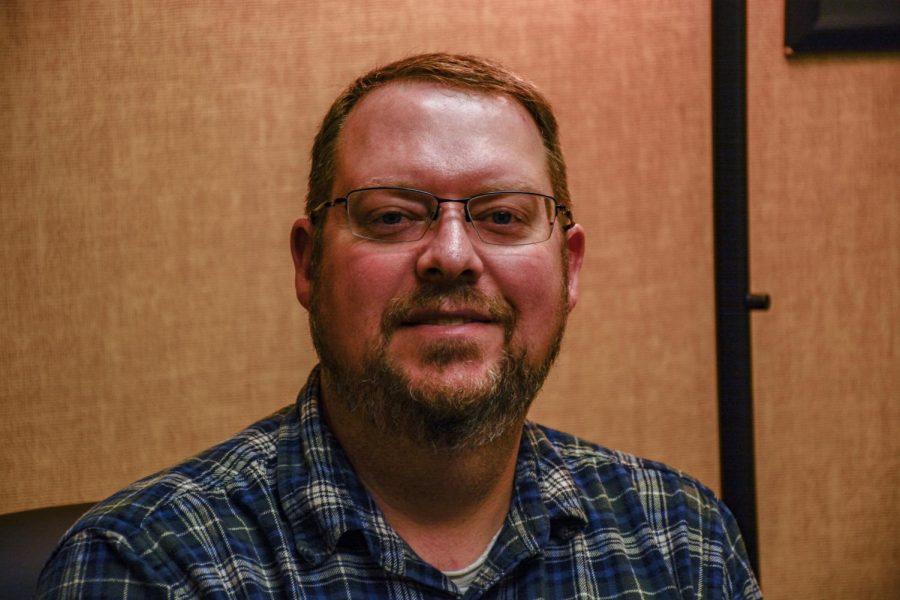 Jason Kirby, an assistant professor of history and Coordinator of the Secondary Education in Social Studies Program, said the university is laid back and the faculty cares about their students.

For Assistant Professor of history Jason Kirby, his path to becoming a college professor took longer than he had originally planned.

“I wanted to be a history professor ever since graduate school, but I didn’t know if it would be possible because the job market is so intense,” Kirby said.

Although a Kentucky native, Kirby grew up in Aiken, SC, where he later went to college at USC Aiken. While there, he received his undergraduate degree in history with a minor in psychology.

“I majored in history, but changed my major about five times and then came back to history,” Kirby said.

Kirby said he tried many different majors and subjects before deciding what part of the history department he wanted to be a part of.

“I dabbled in the idea of doing museum studies or something like that,” Kirby said. “But then I did some time doing field study in a museum and I said, ‘Once you’ve seen the exhibit, why do you want to see it every single day?’ So, I wanted something a little more creative and went into the history program.”

Kirby spent some time teaching through the Program of Alternative Certification for Educators program. Through this program, he became certified to teach social studies and history for grades 6-12.

After teaching for a few years, Kirby decided to get his master’s degree from USC in Columbia from 2002-2004.

“After I got my master’s at USC in history, I tried substitute teaching,” Kirby said. “I tried two days of waiting tables at Shoney’s, but that didn’t work out. I ended up substitute teaching and refereeing sports five or six days a week.”

After receiving his master’s, Kirby decided to take three years off before returning to earn his Ph.D. In his time off, he worked as a substitute teacher and an adjunct professor at USC Aiken. While substitute teaching, Kirby also spent time coaching and refereeing sports, and later became a certified high school umpire.

He said he knew he wanted to be a college professor after receiving his Ph.D., but was unsure if there were any jobs available for him.

Kirby saw an opening for a job at FMU and decided to apply. He became an assistant professor of history and the Coordinator of the Secondary Education in Social Studies Program for the 2019-2020 school year.

“This job came open in the fall,” Kirby said. “So, I said, ‘Social studies, history?’ I had my Ph.D. at that time, so I just applied for it. Eventually, by the beginning of May, they wanted me in the position.”

While Kirby has only been at FMU for almost a year, he said it has been a welcoming place to him.

“I have really enjoyed it,” Kirby said. “It’s been very collegial. It’s a laid-back place and it’s obvious that the faculty really cares about the students.”

“There are many things I like about FMU,” Kirby said. “I get to create classes, which I enjoy. I get to interact with students and try to help them on their career path and I don’t have to deal with parents; that’s a good thing.”