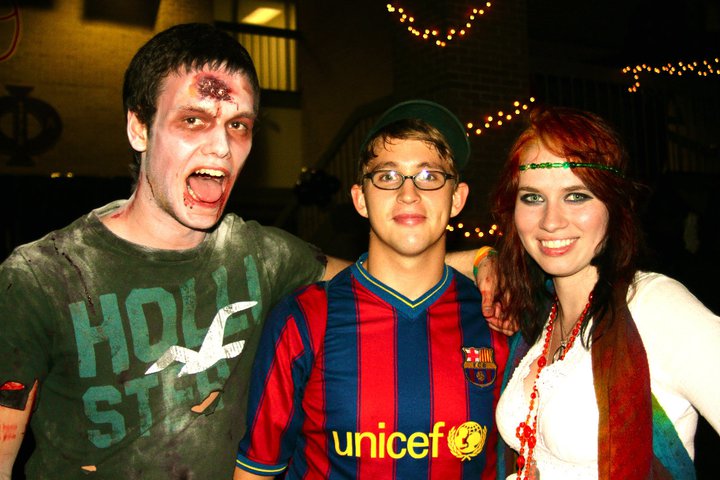 Coté graduated in December 2010 with a Bachelor of Arts in Early Childhood Education after beginning his college career in fall of 2006.

While at FMU, Coté involved himself in various extracurricular activities throughout the campus. He was a resident assistant for four years, a diplomat and an orientation leader for three years, and tutored math for a year, all the while participating in several advisory boards and intramural sports.

Coté said that, because of his various involvements, he has gained experience on how to deal with uncommon situations, should he come across any.

“I was exposed to meeting all sorts of people and learning how to adjust to all sorts of situations because while I was at FMU, I held many positions, I volunteered many times, and I came in contact with so many people, and I have gained so much experience in dealing with people,” Coté said. “So whenever I come across new or awkward situations, I can handle them with ease.”

Coté said that he enjoyed all his classes while learning a lot and meeting great people.

English Department Chair Dr. Christopher John-son said that Coté was a very delightful and a hard working student with lots of enthusiasm. He also noted that Coté’s involvement on campus was of great value.

“Matthew was somebody who engaged himself in a lot of activities across campus and took advantage of everything the university had to offer and optimized his undergraduate career,” Johnson said. “He has gained a lot of experience by engaging in inter- and extra-curricular activities including the Center of Excellence. He and his students are now reaping the benefits of engagement.”

Coté has his heart set to teaching math in the future.

“I don’t plan on staying early childhood,” Coté said. “I want to teach higher level math, either in high school or the collegiate level.”

Coté said that he wants to be a part of changing the future by educating young students.

“I’m just somebody who’s trying to better the world in a small way,” Coté said.“Planting seeds of knowledge in a garden and trying to cultivate them.”