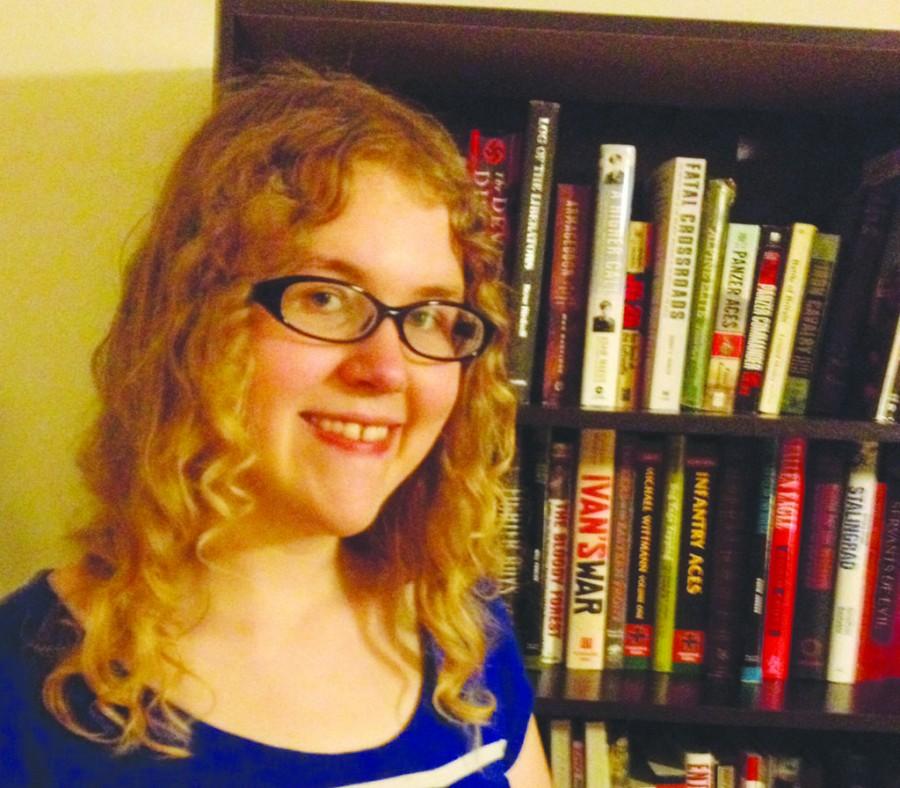 May 2013 Francis Marion University (FMU) graduate Susan Faye Altman completed her Bachelor of the Arts degree in history with a minor in English literature and collateral in non-profit management.  As a Florence native, Altman said that her decision to attend FMU was influenced by the opinions of those around her.

“I grew up around teachers and other professionals who frequently praised the school,” Altman said.  “I also managed to earn some scholarships which were definitely a plus.”

While studying for her undergraduate degree, Altman was not only involved in organizations related to her major like Phi Alpha Theta, the history honor society, but she worked with the Writing Center as a desk assistant and for The Patriot where she formerly authored a review column titled “The Altman Analysis.”

“I wrote ‘The Altman Analysis’ during my senior year,” she said.  “It mostly consisted of book reviews, apart from one video game review.  I really enjoyed getting a chance to share my opinions and writing with the faculty, staff and students.”

While Altman said that there were “numerous fantastic organizations and departments on campus,” she felt especially fond about the Writing Center.

“[The Writing Center] helped me develop my interpersonal skills as I was extremely nervous about talking to strangers prior to that,” she said.  “I would even go as far as to say that I couldn’t be doing what I am now without that experience.”

Currently, Altman is studying at the University of South Carolina (USC) where she will earn her Master of Library and Information Science (MLIS) degree with school library certification.  While she still intends to finish this degree, her plans for the future have changed since she first enrolled in this program.

“When I entered the library science program at USC, I was dead-set on eventually working in archives,” she said.  “While I still love them, I ultimately discovered that I really enjoy working with middle and high school students due to my involvement as a judge for National History Day.”

Now, she has decided that she would ultimately like to work as a media specialist in a middle or high school, but she is not sure of where yet.

“I am considering the international school route, but we shall see,” she said.

Just as Altman involved herself in activities many at FMU, she is immersing herself in the campus culture and environment of USC and Columbia.

“In Columbia, I get to say that I have a Korean restaurant that I frequent as well as an Indie theater among other benefits of living in a bigger city,” she said.  “As I grew up in Florence, I have to admit that it is nice to have an environment change, but I’ve noticed that even the citizens of Columbia are aware of the improvements Florence has been witnessing, particularly in the downtown area.”

When she isn’t in class, enjoying international cuisine or spending time at the theatre, Altman can often be found working at one of her assistantships that she has through USC.

“During evenings and on weekends, I work as a graduate assistant for Access Services at the University of South Carolina School of Medicine Library,” she said.  “I also work for the Published Materials Division at the South Caroliniana Library, which is a special collections library dedicated to preserving South Carolina history.”

Altman added that at the South Caroliniana Library, “one of [her] main projects at the moment involves doing an inventory and condition check of the massive original newspaper collection.”

While Altman is no longer a student at FMU, her Patriot pride is still strong, and she hopes to eventually work in a school that has a similar atmosphere.

“FMU helped me truly comprehend the benefits of belonging to a small community: I had professors that went out of their way to help me and friends I saw all over campus,” she said.  “Due to that experience, I know I want to eventually work in a small, close-knit institution.”