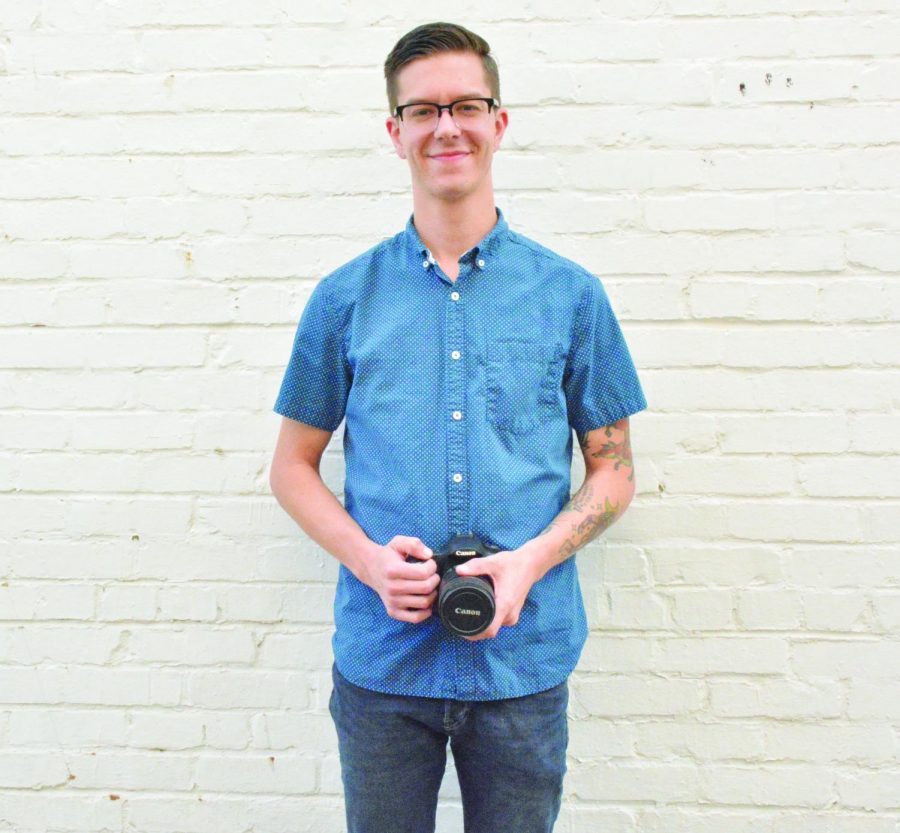 After graduating with a degree in history and political science in 2013, FMU alumnus Randy Branch is pursuing a different field: videography.

Branch, who was seeking a double major to teach after college, said he has always had a passion for videography.

“When I was a kid, I used to follow a lot of directors and love certain films,” Branch said. “I used to run around with a camera and make movies with my friends. It was always my passion. I always did short films and videos.”

Branch said while he was in college he began to learn more about professional videography techniques. He made videos with his friends and for the FMU Baptist Collegiate Ministry.

“Throughout college, I started actually getting more professional about videography,” Branch said. “I started learning some techniques, how to use a camera a little bit better and making more serious videos.”

When Branch was a senior, he and Tim Streit, a friend from FMU, traveled across the U.S., filming a documentary about people’s ideas on faith.

“That is really what started all of this,” Branch said. “I filmed so much on this trip and screwed up so much. It was like a huge learning curve. It was 30 days of nothing but filming. It was like a boot camp for trying to figure this out.”

Branch said his friends call these videos “The Lost Tapes” because they have not finished editing the videos.

“I don’t know if anyone is going to see all of those tapes put together,” Branch said. “It’s just so much that we just haven’t had time to edit. That is probably months of editing involved in that. Everyone kind of picks on us for that being the documentary that will never be released.”

Branch said because of this trip, he learned the basics of using a camera properly, conducting interviews, controlling light during filming and editing video footage.

“I brought some people into my circle who had done it professionally and worked at some agencies,” Branch said. “I really learned from them. I surrounded myself with some talented people who knew more than me and learned more about videography and began taking on more projects.”

In 2015 Branch began working for Smart Phone Repair, where he began making videos for the company’s social media accounts and website, such as the “Ways2Break” videos.

During this time, Branch worked with some colleagues in a marketing agency to create local music, company and campaign videos. The group later disbanded, and Branch began doing videography as a hobby again.

“Because of life and how busy it was, the marketing group didn’t really work out,” Branch said. “When that ended, I thought that was my one shot. I thought I was just going to work a job and film weddings on the side.”

After receiving inquiries from the public about shooting videos, Branch said he decided he wanted to pursue a business in videography.

“People kept approaching me,” Branch said. “At one point I had four or five clients. I thought I would beat myself up if I didn’t try. I spent some late nights learning how to do it and learning how to market some things better.”

Branch began an official videography business under the name Randy Branch Media at the beginning of 2017. Branch said he has worked on more than 10 projects this year such as music videos for local artists and businesses. Over the past year, Branch said he has seen his business steadily grow.

Branch also said his favorite part of filming is partnering with the people in the videos. Branch filmed a music video for local musician Kiswana Salters called “The Black Plight,” which raised awareness for the Black Lives Matter movement in Florence.

“I realized this is the goal: to partner with people and create something together,” Branch said. “I want it to be like partnering with someone. I’m boosting up what you’re doing, and you’re also helping what I’m doing.”