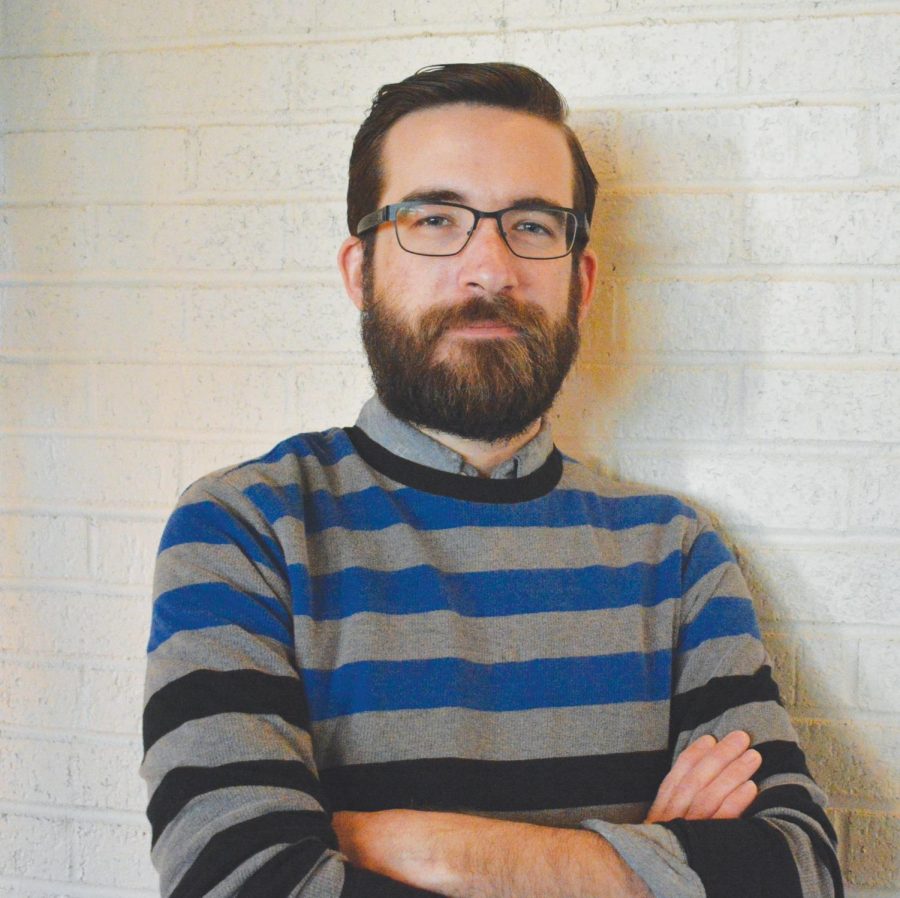 Tim Streit, an FMU alumnus, uses his love for film to encourage members of the community to enjoy the art of film.

FMU alumnus and avid film watcher Tim Streit harnessed his love for film studies to help start the Florence Film Society, a non-profit organization that encourages members to enjoy the art of filmmaking.

During his childhood, Streit said he always enjoyed watching movies from Disney and DreamWorks.

“I remember specifically around the year 2000 ‘Gladiator’ was the first adult movie I watched, and I was like ‘Oh man, I like real movies with real people,’” Streit said. “It made me want to search out more. I just studied up on who the directors are I should watch and I kind of watched the classics.”

Streit, a 2010 political science graduate of FMU, said he used his coursework to learn more about film studies. While fulfilling a general education requirement, Streit took the Introduction to Film Studies course with Dr. Shawn Smolen-Morton where he watched movies from the French New Wave and Asian Cinema.

“He kind of was the first person who first taught me how to read film as texts and art pieces in a literary way,” Streit said.

Streit also took a politics in film course with Dr. Kevin Lasher, which focused on the relationship between politics, film and society and took part in some of the English Film Series events. Streit said he saw these courses as something he could incorporate into his future career.

After graduating from FMU, Streit wanted to continue his love of film studies.

“I had trouble finding people who loved film as much as I did in the way that I loved it,” Streit said. “Not just as entertainment, but wanting to look at deep symbolism and meaning in director’s bodies of work. Eventually, I became friends with my good friend Blake Gibbons who helps me run the film society. We bonded over movies.”

Streit and Gibbons discussed the idea of creating a place where independent and foreign films could be shown in Florence.

Streit said he and Gibbons were both fans of the Nickelodeon Theater in Columbia, S.C., a non-profit theater, which started out as the Columbia Film Society in the 1970s. Streit said they hoped to fashion their own version of that in Florence, but they had no idea of what steps to take in beginning a film society.

Streit and Gibbons confided in a local non-profit owner as well as the marketing department of the Nickelodeon Theater.

“From there we actually took a gamble and reached out to the Nickelodeon,” Streit said. “I just emailed one of their marketing people. She emailed me back, saying ‘I’d love to meet with you all if you’re willing to come to Columbia.’”

Streit and Gibbons met with the director of marketing and the president of the Nickelodeon Theater. Streit said they learned a lot about the business aspects of starting a film society.

In October of 2013, Gibbons and Streit started the Florence Film Society, hosting monthly movie showings at Lula’s Coffee Co. with the help of Andrew Bates, a mutual friend of Streit.

“We stay mobile,” Streit said. “We do that on one hand to encourage lots of other places to get foot traffic, but on the other hand, we also want to present ourselves to other people who might not come to Lula’s, who might not come to this side of town, but maybe they’re walking around downtown.”

Currently, the Florence Film Society is meeting at Dolce Vita.

According to Streit, the first Florence Film Society event of 2018 will be a film making challenge. Four to five local film makers will be given a script, have to assemble a cast and film and the edit footage within 24 hours to show at the screening the next evening.

In addition to working with the Florence Film Society, Streit is a social studies teacher at Trinity-Byrnes Collegiate School, where he is also able to teach film studies.

Streit began working at Trinity-Byrnes as a part-time English for Speakers of Other Languages teacher, but in the fall of 2016, Streit moved into a full-time position teaching social studies.

Within the past year, Streit has been able to start a film club as well as teach a film studies class.

Streit said he strives to provide a university-style classroom experience for his students as he experienced at FMU, to prepare them for higher-order thinking at the university level.