Dr. Johnson invited to give conference paper in England 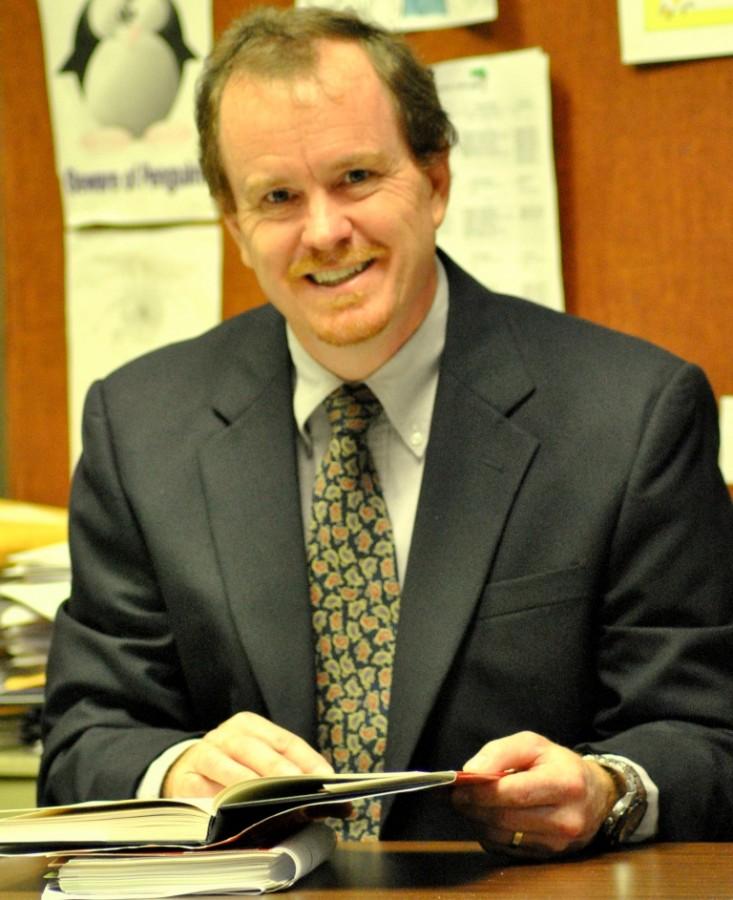 Dr. Christopher Johnson, chair of the Department of English, Modern Languages and Philosophy and professor of English, has been invited to give a conference paper in England in early November.

The conference, Sarah Fielding and Eighteenth-Century Women’s Writing, celebrates the 300th anniversary of the birth of the novelist and critic Sarah Fielding (1710-1768).

“It should surprise neither faculty nor student body that Dr. Johnson has been asked to speak at an important international conference in his field of research,” Associate Professor of Philosophy and Religious Studies Dr. Mark Blackwell said. “His scholarly work continues to be exceptional in addition to his service and teaching.”

The two-day conference will take place during the first week of November. It will be held at the Chawton House Library, which houses a specialist collection of women’s writing in English from 1600 to 1830. Chawton House is the previous residence of Jane Austen’s brother and Jane Austen herself spent her most prolific years there.

Johnson plans to spend the entire week in England in order to have time to visit London for research purposes.

“He’s a first-rate scholar with a strong and growing reputation in eighteenth-century studies, and he will continue to represent FMU in important ways in scholarly circles,” Professor of English Dr. David Cowles said.

Johnson’s paper, titled “Allusion and Reference in ‘The History of the Countess of Dellwyn’,” addresses one of the last novels written by Sarah Fielding.

“‘Dellwyn’ is an interesting novel,” Johnson said. “It’s the story of a very young girl, Charlotte Lucum, who is, at the beginning of the novel, 16. She marries a much older Lord Dellwyn, who is 63. The marriage, not surprisingly, is terribly unhappy … In a way that’s fairly unexpected in Sarah Fielding’s fiction–and in eighteenth-century women’s fiction in general–she has an affair which leads to the destruction of her marriage. Oddly, there’s no typical ending. She doesn’t go through a process of repentance and rebirth and get to live happily every after, nor does she go through a process of recognition and repentance and die a tragic death.”

Johnson’s paper examines the unusually large amount of allusions and references that occur throughout the novel.

“There are quotations from dozens of poets and playwrights and references to other novels,” Johnson said. “She plays around with a lot of other people’s texts … It’s a densely referential work.”

“The part where I think Fielding is particularly daring is the way that she appropriates epics–particularly epics like Virgil’s ‘Aeneid’ and Milton’s ‘Paradise Lost,’ which were held throughout the century to really be the pinnacle of the literary hierarchy,” Johnson said.

Though it was not unusual for novelists to have epic gestures in their work, these usually existed to attempt to raise the respectability of the text. Fielding’s allusions and references stray from this tradition.

“They’re trying to give it a kind of pedigree by raising it up to the level of the great epic,” Johnson said. “Fielding actually does exactly the opposite. Instead of inviting us to read the novel as if it were an epic, she instead looks backwards and asks us to read the epics as if they were novels.”

Sarah Fielding has been a focal point of Johnson’s research interests since his time in graduate school at the University of Delaware.

“My dissertation was a critical edition of one of her novels,” Johnson said. “In researching that novel–which no one had really looked at seriously since it was published in the 1750s–I found that while it’s fictional and fictionalized, it was also the product of an incredible amount of research. She was really quite an accomplished scholar, which she oddly seemed to hide by presenting her scholarship inside these fictionalized narratives.”

In addition to his dissertation, Johnson has written numerous conference papers and several articles about Sarah Fielding. He hopes to begin a book project in the future.