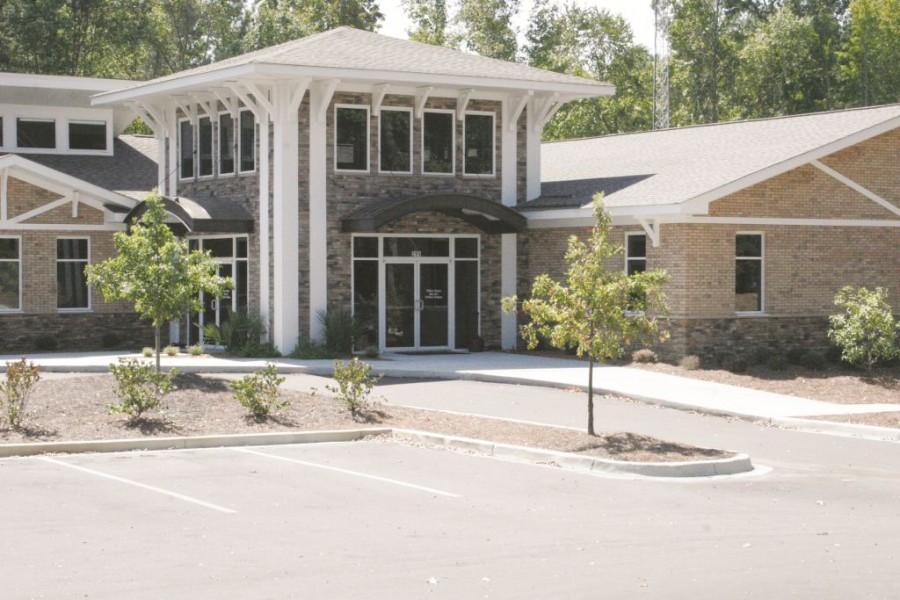 An interview with Captain William Poole got the inside scoop on why the Florence DNR moved into the area, the advantages of their new facility and how being in this area could help FMU students.

“This building has been in the planning stages for about 10 years,” Poole said. “We recognized a long time ago the need for a new facility, our old facility that we were in was almost forty years old, had a lot of structural damage, and really wasn’t set up for region headquarters”.

In the 1970s, when the old building was built, the DNR had nine districts with each district representing a few counties. When budget cuts occurred within the state, the nine districts merged into four regions. Their old office wasn’t equipped well enough to accommodate the over doubled amount of counties added to their jurisdiction.

“We started looking at designing a building back many years ago when it became evident that the old Florence office needed so much repair and really wasn’t suited for what we do now,” Poole said. “So the building itself has been in the ‘shoot,’ so to speak, for the last eight to ten years on a new building, but what wasn’t decided on was where we were going to put it. Several sites were being looked at, our director got with your [FMU] president, and started looking at this location and they worked out a deal amongst themselves.”

Poole explained the advantages of the building’s new location and the feelings of the people who work with the DNR.

Poole said, “We feel like it’s a plus; the advantage of having the office in this location is that it is a little closer to the beach and Horry county, which has a lot of boats, [but] doesn’t have an office where they can come and register boats and get their license … so it is a little bit closer and easier for them to get to. It is a much nicer facility. We can house all of the divisions in this building, and work out of it; we have an auditorium now that we didn’t have and we can do our region meetings, teach hunter education courses, and boater education courses here now. We have places set up for meeting.”

He also mentioned that the new building has a bigger lobby which is more user-friendly and accommodates more people.

“Customers don’t have to wait in line outside, like they used to. It’s just a win-win-win situation all the way around,” Poole said.

The move is also going to give advantages for FMU students who are interested in law enforcement or biology careers.

They have a fish biologist and several wildlife biologists on staff who have worked with students in the past and plan on working with students more in the future. This could allow biology students to gain experience in the field of their major and work with experts who make a living doing biology.

“This is a career field – DNR law enforcement in particular is the most sought-after law enforcement job in South Carolina; everybody wants to be a game warden,” Poole said. “So they have access to come here and see a little about what we do, and if I am here I have an open door policy. It works well for FMU, it works well for us, [and] it is a good partnership.”

DNR typically gets hit harder than any other state agency when it comes to budget cuts, and the Florence region headquarters is almost a third under the needed staff.

“Luckily this building was planned and funding set aside years ago before the budget shortage hit us,” Poole said. “Had it not been for that, we wouldn’t be sitting in this building right now.”

Students can reap the benefits of the DNR’s new location as well as learn all about hunting, fishing and boating resources.