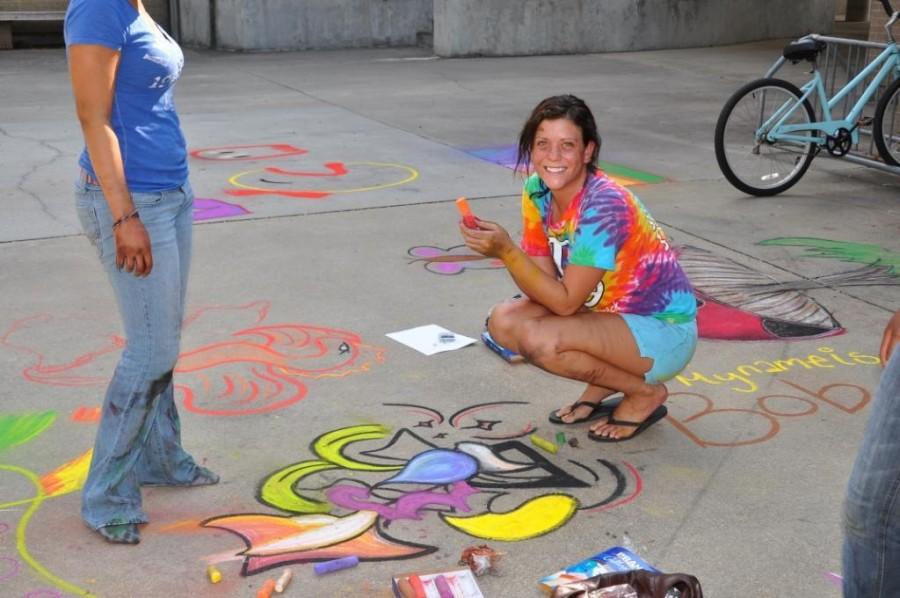 The new organization everyone has been talking about, the Creative Elite, held its first meeting in the Fine Arts Center in room 113 on Tuesday, Sept. 7 at 2 p.m. with approximately 50 students in attendance.

“The Creative Elite is an FMU student group focused on promoting and enhancing creativity across all majors, all disciplines, and integrating the human experience through various skills and art forms, as experienced through all our five senses,” Howell said. “The Creative Elite exists to heighten the aesthetic sensibilities, mental faculties, and creative responses of participating FMU students. Students will spark new ideas off of one another; they will collaborate on different projects together and they will make new life-long friends. Together we will discover exciting new things about each other and about how to create.”

The first meeting was basically an opportunity for any interested student to learn more about the Creative Elite. The Creative Elite’s goal is to get students to use their imagination and creativity more. Everyone sees the world differently, and Howell wanted to create a way for students to express themselves through their own creativity, learn about different mediums of art, share ideas, brainstorm projects, fuel their imagination, etc.

After Howell introduced himself and discussed his vision for the Creative Elite, the students in attendance watched a short video clip on creativity in schools. The man on the video, Sir Ken Robinson, talked about how people have their creativity stripped from them at a young age because creativity isn’t looked at as an essential part of education in most instances. If great thinkers and philosophers, essentially artistic and creative people, like Einstein, Shakespeare, Leonardo DaVinci, etc., didn’t exist, then neither would the knowledge that they produced. It is due to the creativity, imagination and outside-the-box thinking of people that modern day knowledge and technology has grown to what it is today.

Afterward Howell passed out the boxes of chalk and set the students free on the sidewalk behind the art rooms. Creativity was sparked, imaginations soared and chalk images were drawn. From landscapes to butterflies to abstract, people used the chalk to bring their creative imaginations to life.

Those students who attended the Creative Elites’ first meeting were also encouraged to bring in something for the Creative Artifact Jamboree that would take place on Sept. 15 and 16. The Creative Artifact Jamboree is a creative student show where students bring in either an artifact – whether that be a song, poem, photo, drawing, script, dance, equation, ceramic, etc. – that they have created or a tool that they use to be creative. Also scheduled for the evening is the showing of a documentary about origami, the Japanese art of paper folding.

Dates for the next meeting times were discussed, but the schedule for semester is being constructed and tested to see what will work for the majority of the students. Dr. Howell explained that he is planning on holding the meetings a couple of days a week, but as far as the days the meetings will occur, that will depend solely on the turn out of the students at the next few meetings.

Howell explained his plans for the next meeting: “On Thursday, Sept. 24 starting at 2 p.m. we will be tackling two projects simultaneously: a chocolate-a-thon where as many as 50 varieties of chocolate will be blindly sampled, described, and rated (40-student limit) and we will also be supplying humorous captions for recent New Yorker cartoons, which is an on-going contest. An upcoming event, probably the following week, will be our ‘guess-that-scent,’ where we will start with [over] 100 pleasant aromas and see who can identify the greatest number.”

The meeting will be different every time and a new element of art will be experimented with in order to enlighten people about the different ways that they can be creative.

Howell also mentioned that it was possible to hold the Creative Elite meetings in different settings, like coffee houses for discussions, depending on what the students wanted.

Anyone interested in being challenged creatively can attend upcoming meetings. For more information contact Dr. Howell either at his office in the Fine Arts Center (FAC 209) or by phone at (843) 661-1543.