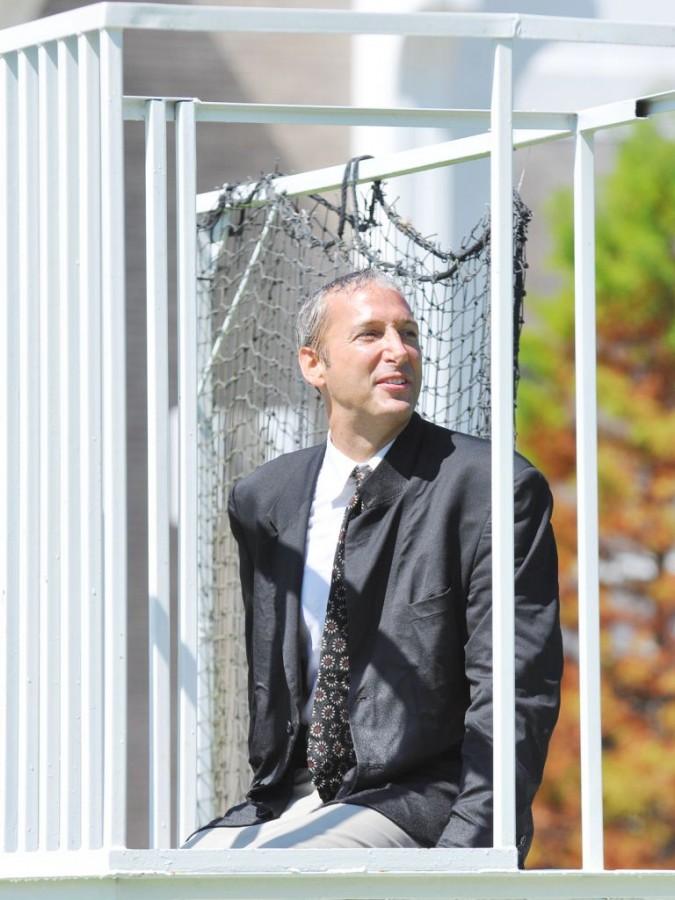 Dunkin’ Booth for TKE was a service-oriented, social activity for students and faculty, held at FMU on Monday, Sept. 19 outside Founders Hall.

The Florence Fire Department contributed toward the cause by providing a booth to the university. Students involved in the event were mostly business management and sociology majors.

Zach Nickerson, a TKE member majoring in sociology, mentioned that students and teachers should have an approachability factor which is missing in many schools.

“The best way to get students and teachers involved is to encourage activities where they have social interaction, because there is not much these days,” Nickerson said. “Teachers are considered as authorities and students cannot approach them easily. The idea for this event was to get teachers out so we can dunk them. It’s a fun thing to do because it’s for a good cause. All the money we raise during this event will be going to the National Ronald Regan Foundation.”

Nickerson further explained the significance of interaction and having an amicable relationship with teachers, in a sense that students should be able to communicate freely with their teachers.

Assistant Professor of Management Dr. Hubert Setzler volunteered to participate in the event to encourage students and to support the fraternity.

“I’m their advisor and I’m here for them,” Setzler said. “Besides teaching classes such as statistics, I’m also an alumnus TKE member and I enjoy being here.”

Setzler said that the purpose of the fundraiser was to encourage students to become more comfortable with professors by participating in a social-bonding event such as the Dunkin’ Booth for TKE.

In addition to the Ronald Regan Foundation for Alzheimer’s, TKE has also adopted St. Jude Children’s Research Hospital as a philanthropic program that they would like to support.

According to the TKE members, the outcome of the Dunkin’ Booth event was satisfying. They said that although it was the first time organizing the fundraiser, students were eager to participate in the event.

The overall purpose of the event was to create a means of interactivity between students and faculty at Francis Marion while supporting an important cause.

Political science major and TKE member Cameron McBride said that if the fundraiser was a success, they would continue the tradition every semester henceforth.

“It all depends on how well it goes,” McBride said. “It’s our first time introducing this event. We’ll see the results this time and if the response is good, we will definitely do it next semester as well.”