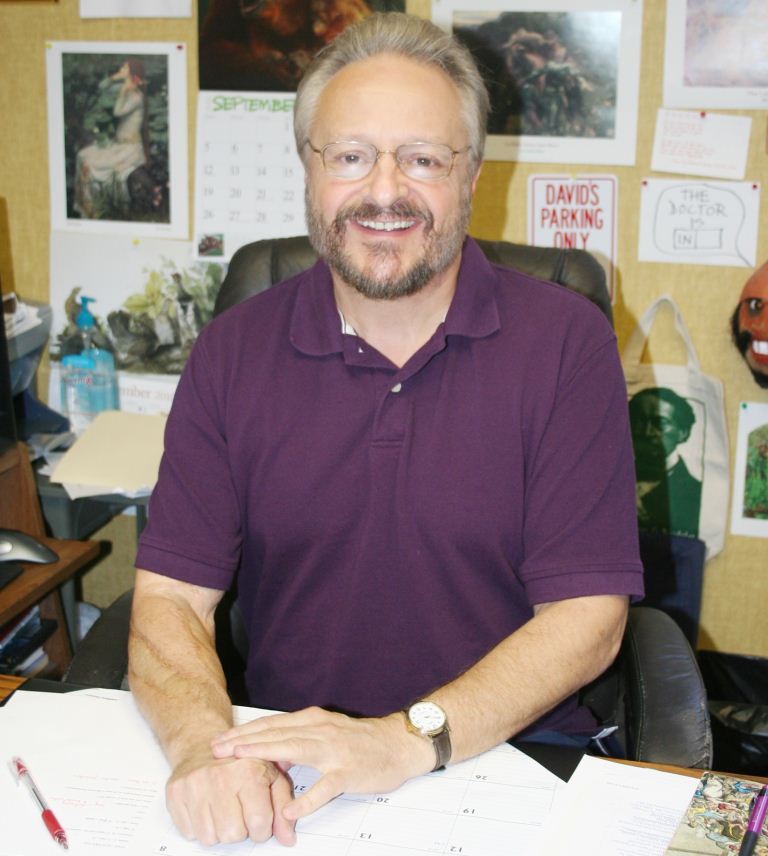 Dr. David Cowles, Professor of English at Francis Marion, has recently completed the draft of his new book, “Victorian Fiction and the Languages of Self-Deception.” As the title implies, the book will focus on the act of self-deception, specifically in the Victorian period.

Cowles, who has previously published two other books, has been working on this new book for some time. He has not yet attempted to find a publisher for his new book, however.

“I have not yet approached a publisher; that is long overdue, but my typical academic perspective has resulted in my working on the book itself rather than on getting it published,” he said. “It’s time I did that.”

The topic of his book, self-deception, may be a foreign idea to some. Cowles, however, is keen on informing others about this subject.

Cowles said that he believes self-deception is something that everyone does in their lives.

“We feel stupid when we look back at what we once believed and realize that we really knew better,” he said.

For his book, Cowles examined different theories that attempt to explain why people lie to themselves.

“In the book I look at various theories, show why none of them works adequately, and then propose my own poststructural model,” he said.

Cowles utilized his knowledge of psychology and theory in his book to come up with his own ideas about what causes self-deception.

“When we deceive ourselves, we substitute one worldview/language that reduces cognitive dissonance for the one that would normally arise naturally; we fuddle not just the information, but the very process of perception,” he said.

Cowles specifically applied his extensive research on self-deception to his knowledge of the Victorian period.

According to Cowles, the Victorians were very interested in the concept of self-deception. He believes that a number of factors contributed to this.

“People were forced in entirely new ways to see every perspective as relative, yet they had a profound belief that absolute truth existed and could/would be discovered any moment,” he said.

“So the book starts with the theoretical and historical discussions, then shows how many Victorian writers used self-deception as centrals aspects of their work,” he said.

According to Cowles, he has been interested in the topic of self-deception for many years. Also, he has published work on the topic before.

“I first got interested in self-deception in an honors class about it I took as an undergraduate. I’ve been thinking (and publishing) about it for decades now,” he said.

Cowles examines self-deception and how individuals view their worlds in many aspects of his academic life. In his English 200 classes, he focuses on how people decide what to believe and what is true.

“In English 200 we look at these issues from many perspectives, from myth to science, religion to art,” he said.

To go along with his book, Cowles is also teaching a class on the subject this semester. This semester, English 425 is focusing on the topic of self-deception and how it applies to Victorian literature. The class is reading William Thackeray’s “Vanity Fair,” George Eliot’s “Middlemarch” and Robert Browning’s “The Ring and the Book,” as well as excerpts from Cowles’s book.

“The class is a new version of one I taught frequently to graduate students at BYU [Brigham Young University],” Cowles said. “I left there because life experiences made me rethink what I really did and didn’t believe.”

So far, his students seem to be enjoying the class. Also, Cowles’s desire that this topic would enlighten his students seems to be realized. Jessica Upchurch, a senior English major, said that she believes that the class is very beneficial.

“I really like it because you’re forced to see things in a different way, which I guess is the whole point,” Upchurch said. “It’s interesting how applicable the theories that he talks about are, and it sort of makes you questions everything, which I believe is his whole purpose.”

Cowles said that many experiences in his life, including his leaving the Mormon church and successfully overcoming a stint with a near-fatal flesh-eating bacteria, have caused him to rethink beliefs in his life. It is because of this personal experience that Cowles takes a strong interest in the topic of self-deception.

Cowles believes that self-deception should interest everyone because everyone deceives themselves at some point in time.

“Most of us, like the Victorians, grew up thinking we understood ourselves and our place in the larger universe,” he said. “As we mature, we come to see the inadequacy of our youthful worldviews.”

He feels that self-deception is an important and fascinating topic. Self-deception, he argues, is a topic that rings true for everybody.

Anyone who is interested can read some of Cowles’s other works. He has a book out entitled “The Critical Experience: Literary Reading, Writing, and Criticism” about literary theory. He also co-authored a book about his experiences with the flesh-eating bacteria titled “Miracle Victory over the Flesh-Eating Bacteria.”