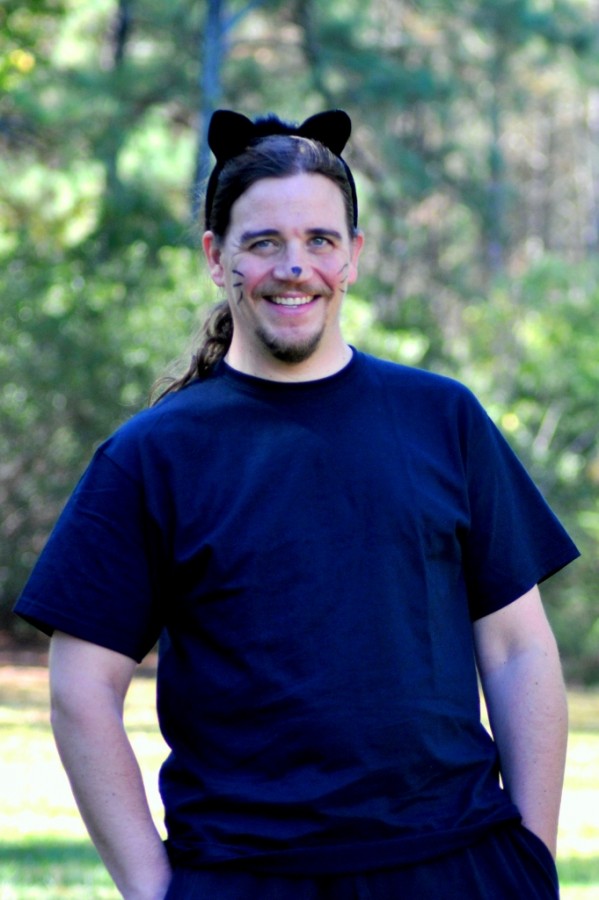 Assistant Professor of Philosophy Dr. Matthew “Matt the Cat” Turner wore a Halloween costume all day on Friday, Oct. 29 in honor of his victory in Sigma Tau Delta’s Penny War.

After a close competition with English Department Chair Dr. Christopher Johnson, Turner came out in the lead, mostly thanks to contributions from his colleagues.

Johnson claimed to have given up all of his lunch money in order to ensure Turner’s victory and avoid wearing a Halloween costume himself.

Sigma Tau Delta members provided Turner with his kitty-cat costume (and drawn-on nose and whiskers) that he wore throughout the day, including while he was teaching his Introduction to Philosophy classes. He happened to be lecturing on personal identity.

It is unknown whether Turner continued to wear the costume over Halloween weekend.