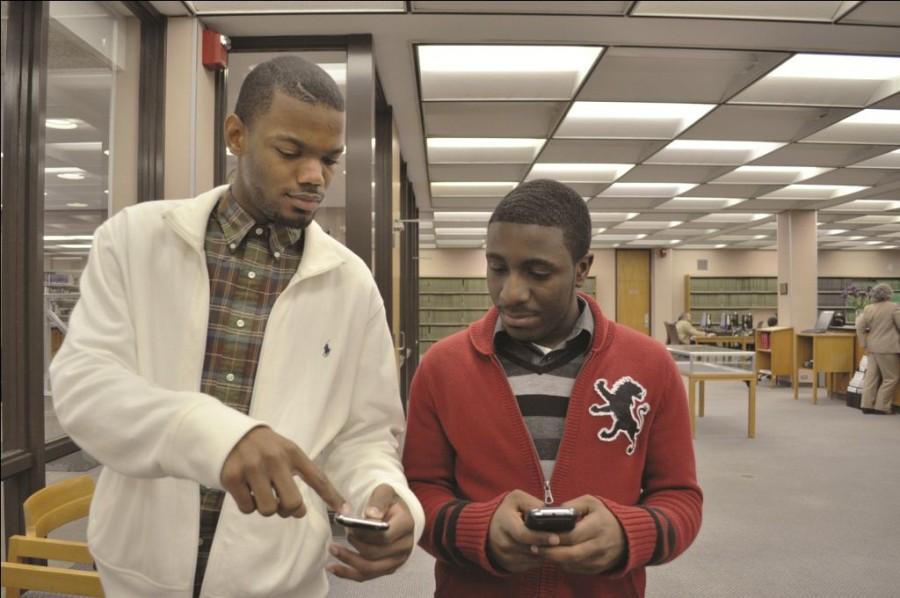 Fans of the iPhone will be able to purchase the iPhone 4 for Verizon Wireless service at Verizon  and Apple stores on Feb. 10, and qualified Verizon customers will be able to pre-order the phone as early as Feb. 3, according to an official release by the two companies. According to the Verizon Wireless website, the pre-orders will be allowed “on a ‘first come, first serve’ basis.”

“Verizon Wireless customers have told us they can’t wait to get their hands on iPhone 4, and we think they are going to love it,” Cook said.

AT&T, on the other hand, has expressed a belief that iPhone users who switch to Verizon Wireless will suffer from second-rate service.

An unnamed AT&T spokesperson, asked about the impact of the iPhone’s introduction to the Verizon Wireless market, repeated the service provider’s official response, first made public after Verizon Wireless went public with its announcement.

“For iPhone users who want the fastest speed, the ability to talk and use apps at the same time, and unsurpassed global coverage, the only choice is AT&T,” the spokesperson said.

One Francis Marion University student, Lavon Davis, a junior English major and a current Verizon customer, shared Cook’s belief that many people will want the iPhone 4, but did not share Cook’s enthusiasm personally.

“I will not get the iPhone when it comes to Verizon,” Davis said. “I don’t want an all touch screen phone.”

Davis has used his friends’ iPhones in the past, and he previously owned a Droid X, also a touch screen phone; however, he did not like either one. He gave up his Droid X for a Droid Pro, which does not utilize a touch screen.

On almost the opposite end of the argument is Alyssa Carver, also a junior and an English major. She has an iPhone of her own, and, in line with Cook’s prediction, loves it. She especially loves the touch screen aspect of the iPhone.

“I love touch screens,” Carver said. “I wouldn’t buy a phone with a keypad.”

Carver would leave AT&T and switch to Verizon Wireless for her service, but has decided to stay with AT&T while she has her current contract.

Charles Jeffcoat, assistant professor of graphic design, is also a fan of the iPhone and Apple products in general.

The graphic design professor teaches web design in his courses, part of which deals with addressing Mac-specific platforms. He has found his iPhone useful in adding students to user accounts for his classes, and for accessing and updating servers, and he can even control his home entertainment system at home by using his iPhone. He admitted, however, that his iPhone is not his primary or even first choice for interacting with the school network or his home entertainment devices. What he did like was the convenience, and he also expressed an appreciation for the aesthetic as well as functional appeal of the iPhone.

“The beauty of it is that it is designed well inside and outside,” Jeffcoat said.

Jeffcoat had been a Verizon Wireless subscriber in the past, but switched to AT&T specifically for the iPhone, which he said offered everything he wanted. According to Jeffcoat, it still does.

“There has yet to be another smart phone that can catch the iPhone,” Jeffcoat said.

A professed fan of the iPhone, he is not as much a fan of AT&T. The network offered by Verizon Wireless is much more appealing.

“The only thing keeping me from switching is that I would have to get new equipment,” Jeffcoat said.

That does not mean that he believes that AT&T will continue to come in second to Verizon Wireless. He holds the opinion that the introduction of the iPhone to Verizon is a “great move,” but for AT&T customers as well as Verizon Wireless customers. According to Jeffcoat, the competition should improve the quality of service with AT&T.

He also predicted another move for the iPhone, and a new source of competition.

“T-Mobile already has the infrastructure in for the iPhone, so my guess is there will be a T-Mobile iPhone,” Jeffcoat said.