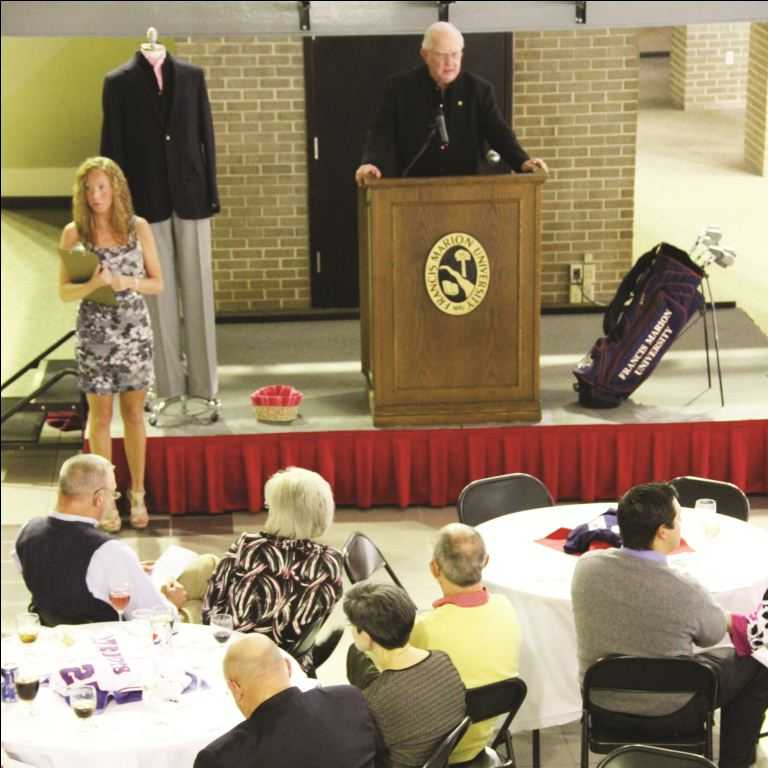 During his 12 years as FMU Athletics Director (AD), Murray Hartzler said that he has seen great improvement in the support and success of the auction.

The auction, described by Hartzler as being a more casual, “enjoy yourselves” atmosphere, has become popular and has extended past FMU and into the community. Hartzler was pleased with the way the community has responded to and embraced the auction. He said that Reamer King, owner of King’s Cadillac, and Board of Trustees Chairman William Coleman have been strong supporters.

Hartzler also said that people like King and Coleman have helped increase the quality of the items available for bidding. The AD also said that the FMU Foundation’s Jay Dowd, vice president for development, and Elizabeth Jones, coordinator of outreach and special events, have been great help in the triumph of the auction.

Jones echoed the sentiments of Hartzler about how great the event has become and said that there are no limits to the money that can be raised to aid student-athletes and scholarship support.

Jones is grateful to Hartzler for deciding to come together with FMU Foundation to make the auction that much more “luxurious” and “enticing” to faculty, staff and community businessmen. Jones also said that the Swamp Fox Club donors as well as donors from outside help contribute.

The many items up for bid included two tickets to a live home game of the NBA’s Charlotte Bobcats, tickets to the Florence Little Theatre, a pitching and batting lesson from FMU head baseball coach Art Inabinet, tickets to a University of North Carolina women’s basketball game and a round of golf at the Country Club of South Carolina in Florence.

The auction was held in conjunction with the FMU Foundation Golf Classic. This year’s event raised $21,000.